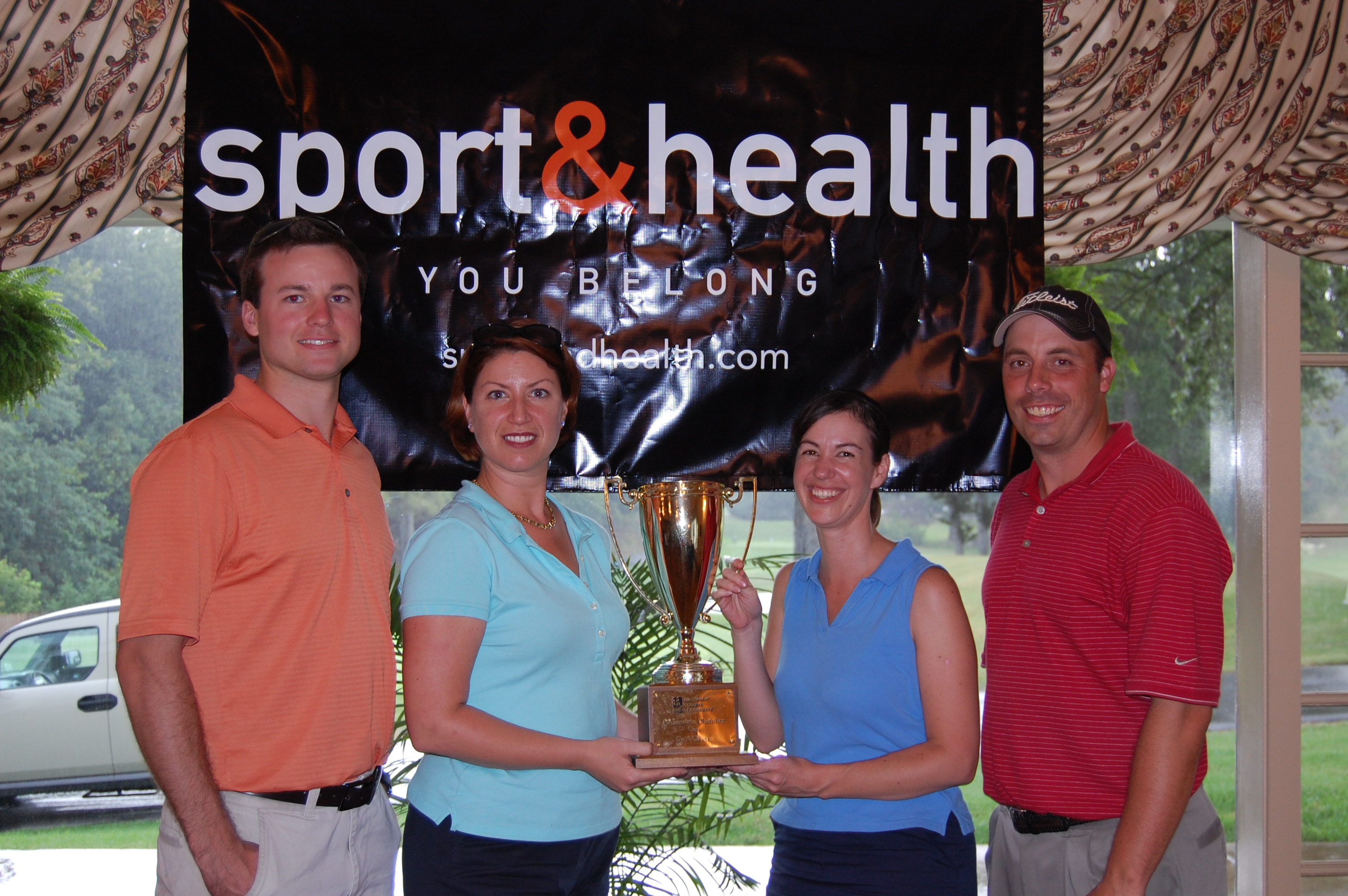 Chamber Tees It Up for Fundraiser

The Alexandria Chamber of Commerce held its annual golf tournament last Wednesday, raising nearly $20,000 for its programs and activities to support business in the city. The tournament’s presenting sponsor was Washington Sport&Health Club and the winning team was Rich, Rosenthal, Manitta, Dzubin and Kroeger, LLP.

The T.C. Williams golf team finished sixth at the Patriot District preview tournament with an overall score of 343 last week.

Sophomore Garrett Kennedy’s 80 led the Titans at Twin Lakes. Zach VeShancey carded a round of 87 for T.C. while Matt Kilby and Eric Fries both shot 88, as the Titans ended up 35 strokes behind eventual winner West Springfield.

Titans’ head coach Dee Marrara said after the match that her team “left quite a few strokes out there” as they struggled to keep big numbers off of their scorecards.

“If we can keep our bad holes to nothing more than [double bogeys], then we’ll see our team scores drop dramatically,” Marrara said.

A day after the tournament, W.T. Woodson topped the Titans 166-178 in a head-to-head match at Greendale Golf Course. Adam Forrer led the way for the Titans with a 42 and Chris Darr, an alternate, posted the team’s second best score at 44.

“Unfortunately, though, [Darr] was an alternate and his score didn’t count in the final team total,” Marrara said after the match. “Again, it came down to too many double and triple bogeys. These are numbers that we must eliminate in order to be successful.”