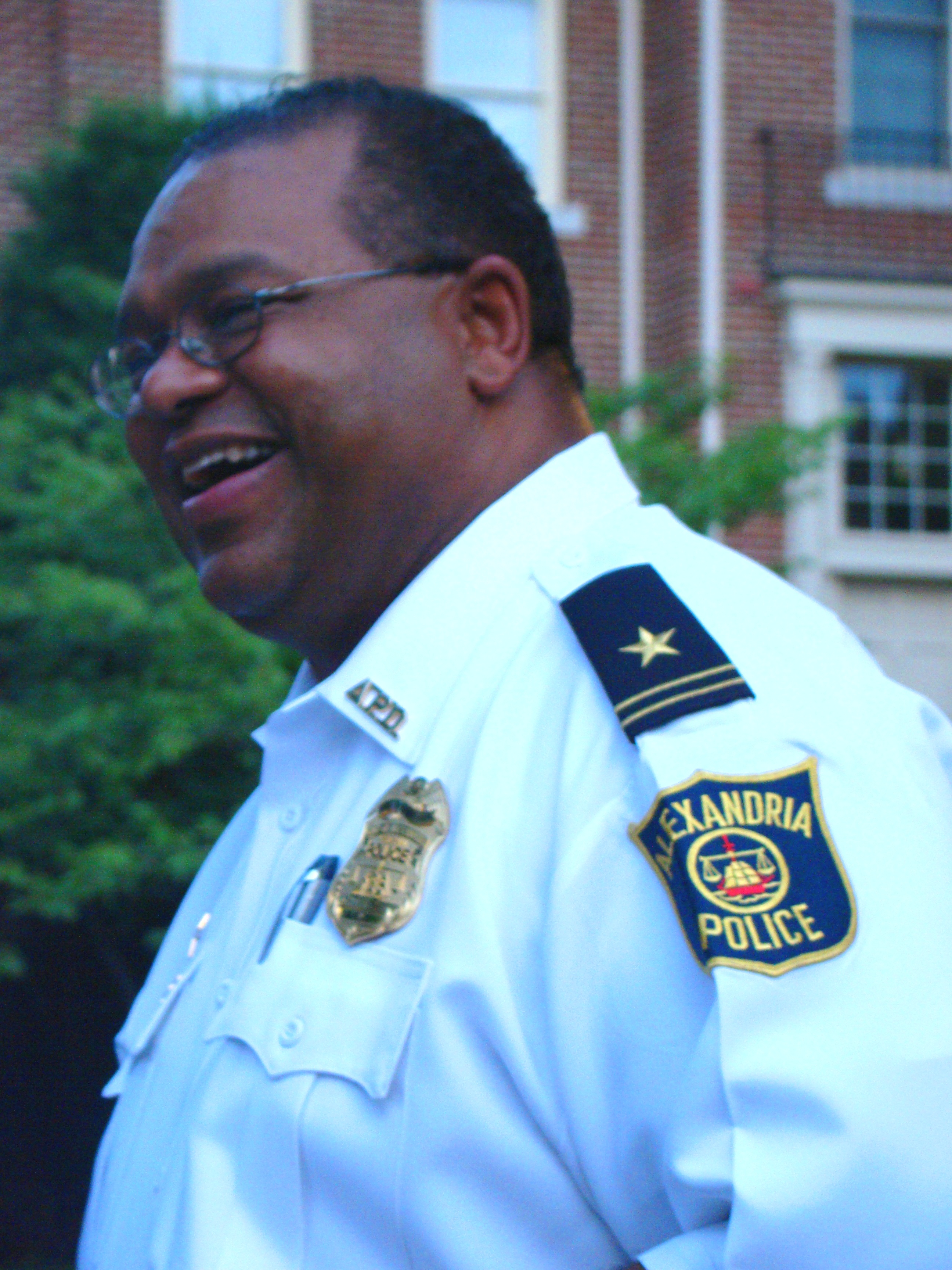 Taking over an entire policedepartment is perhaps not the most familiar of tasks for most people, butinterim Chief of Police Earl Cook has a head start. As a homegrown Alexandrian,T.C. Williams Titan and a 30-year member of the Alexandria Police Department,Cook is now in charge of keeping safe the same streets on which he grew up.

“When you’re here longenough, you have friends,” said Cook, an original member of the now-famous1971 Titans football team. “But I have to say, in a very big way, I gotencouragement and support from people both socially and professionally.”

Cook took hold of thepolice department’s highest office about three weeks ago after former policechief David Baker was arrested for driving under the influence and subsequentlyretired. Cook’s post is temporary, at least for now, but his roots in the cityand established tenure in the department seem to qualify him for the jobdespite the most recent series of events leading to his appointment.

“The circumstances arepersonally horrible because nobody wants [a promotion] to come by this route,”Cook said. “Chief Baker was well into the second half of his lawenforcement career and was probably looking forward to retiring in acouple years anyway. And that would have been perfectly acceptable to compete[for the job] after he ended his tenure.”

When Baker was appointed aschief in 2006, he competed against Cook and Deputy Chief Blaine Corle to winthe job.

As in 2006, City ManagerJim Hartmann is charged with making the decision on who to hire this timearound and how to go about it. Whether the position will be an internalpromotion or come from outside the department is still up in the air as far asCook knows, but was told by Hartmann that “he’s probably going to do somesort of competitive process and he will let us know after he returns” fromvacation.

Cook said he has receivedsupport from citizens and colleagues excited at the possibility of a careerofficer and life-long local becoming the permanent chief. He has witnessedtrends in crime, policy and earned the respect of his colleagues and thecivilian population over the years that he said has made the transition easierthus far.

“I feel strangelycalm,” joked Cook, who was formerly executive deputy chief. “That maybe because I don’t know what I’m doing yet, I haven’t gotten into itenough, or I’m comfortable because I’ve been here a while. I don’t feeloverwhelmed at all. We’ll see.”

The summer placidness ofAugust in the city City Council is out of session and vacationing is in fullswing may have something to with it, Cook said, but the public’s safety is aday-to-day concern. The chief works with City Hall on budget and policy issues,but it’s just one realm of his broad-reaching responsibilities that stretcheven beyond the scope of his previous responsibilities.

“I think the biggestdifference is expanding your mental scope, like with any job where you move upand take on a bigger portion of the organization,” Cook said. “Nowthat I have the whole organization you obviously have to pay attention to thefar reaches and the far corners.”

While his administrativeresponsibilities and internal leadership encompass those far corners, it’s theimmediate everyday threats to the public’s safety that concern him the most,especially violent crime.

“If there’s anythingthat gives you immediate concern, it’s this job: You are responsible for thelives of every single person to go out there on the street to provide service,and by extension anybody else’s life that you’re trying to prevent from losingto an aggravated assault or something,” Cook said. “[Police] aregoing out everyday and it looks very regular and routine. And actually thingschange on a dime. Suddenly somebody’s shot, somebody’s stabbed, somebody’shurt.

“Whether it’s acitizen or it’s one of our officers, that immediately becomes yourresponsibility the care and safety of the people you’re putting on the streetand the people they’re responsible for protecting.”

Cook concerns himselfsecondly with the police department’s budget which, as every other citydepartment has been mandated to do, is looking for ways to tighten its beltwhile mitigating or maintaining its service levels. It is not unchartedterritory for Cook. He has worked closely with Baker and City Hall in the pastto discuss necessary resources, their cost and their effects on the city’spopulation. He must make decisions now concerning next year’s budget and saidthe department could conceivably maintain their service levels “if weremain pat,” keeping in mind that every police department across thecountry could benefit from increased manpower and other resources.

“We need to maintainour level of services and that’s my main concern with the budget cuts,”Cook said. We have to maintain our core services and we have to be aware ofwhat we may or may not be able to provide in certain phases of the budgetcycle.”

A son and resident of thecity, it is evident that Cook’s roots give him a unique outlook as an officer,citizen and now (perhaps temporary, perhaps not) head of the police department.

“You almost take it personally when acitizen is a victim of a crime especially a violent crime,” Cook said.”Our job is to prevent that. What may not be obvious is that people gethome safely everyday.”