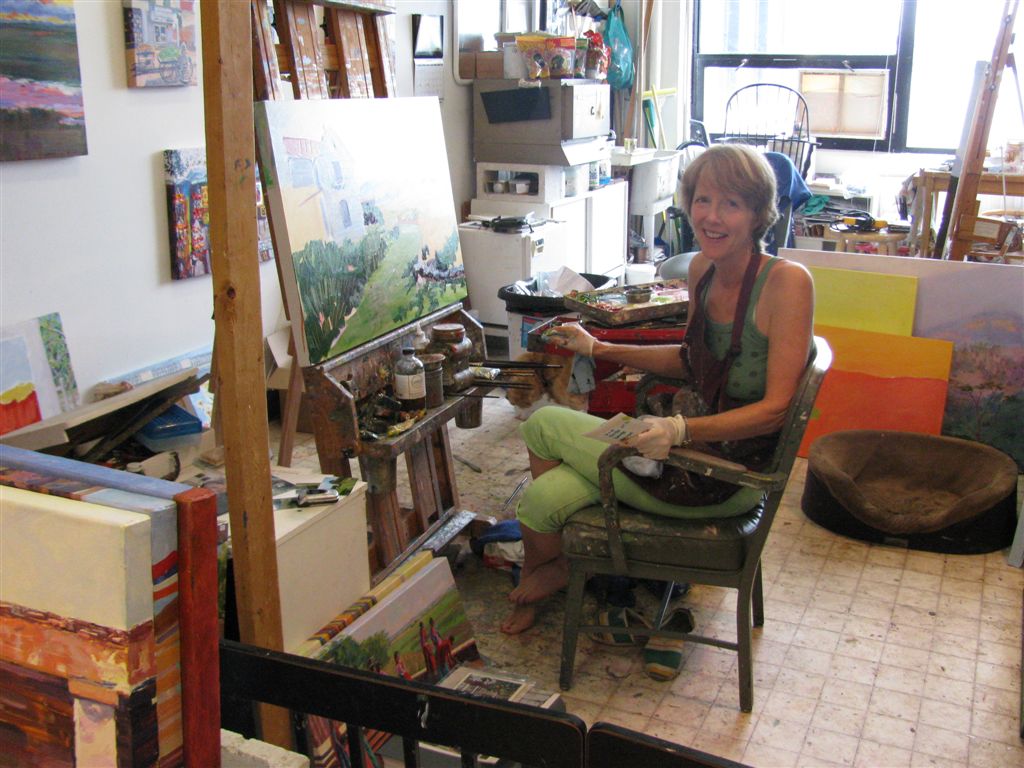 Despite its past economicsuccess, those who view economics in a single dimension have targeted the worldfamous Torpedo Factory Art Center that has become a national model for similarcenters in cities throughout the country. It is now in the cross hairs of MayorBill Euille’s Economic Sustainability Work Group.

In 1974, there was a hulkof a deteriorating building looming on Alexandria’s waterfront. It was filledwith World War II files and excess federal government furniture. Many inAlexandria saw it as not only an eye sore but an obstruction to their vision ofwaterfront open space as well.

That group did not includeMarian Van Landingham. She saw an opportunity to create an art center like noother in the United States. It would be a place were artists worked in fullview of visitors where art lovers and creators could intertwine their mutuallove of art in myriad mediums.

Her dream became a realityand has grown to be Alexandria’s major visitor magnet. It offers a sharedexperience for resident and visitor, adult and child, artist and patron,admirer and detractor. In the words of President John F. Kennedy, “Artestablishes the basic human truths which must serve as the touchstone of ourjudgment.”

Now it is under scrutiny bythose who would determine its future according to the criteria of”strategic planning.” In other words, the corporate criteria ofquarterly fiscal accountability that failed in forecasting the greatestrecession since the Great Depression of the 1930s.

The Torpedo Factory’sproponents thought it not only desirable but also necessary to encourage andembrace change. And that is exactly what the Torpedo Factory Art Center hasdone throughout its existence.

That change has occurredwithin the Center’s leadership, with the election of a changed board ofdirectors this past May, and in conjunction with the city’s leadership.

“[The city is]interested in changes and many of us are also,” said Rosemary Covey,president of the Art Association and an artist at the Art Center.

“Many on the boardwant some changes in our operation,” Covey said during an interview on themezzanine level. “We are working with the city to find areas of mutualagreement. We have already made many of the changes that the city issuggesting, including expanded evening hours and bringing more entertainment tothe Center.”

One of the Art Center’scritics is Alexandria Councilman Rob Krupicka, who served on the EconomicSustainability Work Group. He sees a need to update the Art Center’s operationsand offerings. But Krupicka was quick to point out that he does not feel thatit is “stale.”

“I don’t think it isstale,” Krupicka said. “The only question is how do we make it evenbetter than it is?

“The Torpedo FactoryArt Center is the 800-pound gorilla in Old Town. Success of the Torpedo factorymeans success for other Old Town businesses,” he said

However, he does view theArt Center as underutilized for what he considers a city subsidized venture.”Since we subsidize the Torpedo factory to the tune of nearly $3 million ayear, we need to make it better,” he said.

His definition of subsidyis not public money actually allocated to the Art Center but rather what thewaterfront property could produce in revenue if it were oriented toward a more commercial entity.

“It’s the differencein what that piece of property could produce in and what we now receivefrom the Art Center,” Krupicka said.

Both Van Landingham andCovey took exception to that analysis. “We pay our own way and alwayshave, including many elements of upkeep and repair,” Van Landingham said.”I was insistent about that right from the beginning with theartists.”

Covey said, “TheTorpedo factory is not subsidized. What [the city] wants is an economice
valuation of our operations. What we want is a cultural evaluation.”

The city is pushing the ArtCenter Board to develop a strategic plan. The Steering Committee of thatplanning process would be composed of three Art Center representatives andthree city representatives, according to Covey and other Art Center boardmembers.

Krupicka has alsoquestioned the tourist traffic coming to the Art Center the figures and the means in which it is measured and said that looking into program improvements could better tailor the amount of visitors to what he says is an upward trend in tourism for the city.

The trend inattendance is up rather than down,according to Art Center calculations.Visitation by doorcounts as recorded by the Art Center increased by 22,538 between 2007 and 2008.Thus far in 2009, with only half the year recorded, that count has continued toincrease by an additional 16,267. The overall increase from 2007 to the end ofJuly 2009 is 38,805.

Out of 143 artists withstudios at the Torpedo Factory, there are 18 original members and another 10 onthe waiting list, according to Barringer.

“One of our realstrengths is that we have such a mix of talent and artists working in such avariety of mediums,” she said.

Huddy is one of thoseartists and has just made a real coup for the Art Center. The White HouseHistory Association recently chose her work as the White House ChristmasOrnament for 2009. It will be on sale throughout the nation beginning thisfall.

“Everything good thathas come to me as an artist has come because of the Torpedo Factory ArtCenter,” Huddy said.

The only drawback to thislatest honor is that the ornament cannot be sold at the Art Center due to therestriction on selling reproduced works. The artists can sell only originalcreations and the ornament, by definition, is a reproduction. That is one ofthe changes the Center’s new board of directors is considering.

“Things here buildover many years,” Covey said. “The city is interested in making somechanges and so are many of us. Most of the people on the board want somechanges in the operations of the Art Center.”

Allowing the sale ofreproductions and booking more activities, like a Halloween parade this year,are two examples of the board’s wish list, Covey said.

“We are also thinkingof adding more evening hours,” said Makara, artist and board member.”We now have music every Thursday night from 7 to 9 p.m.presented by a wide variety of musical groups.”

Covey said, “We have avery unique place that is recognized throughout the world. We want to makethings better but we do not want to destroy that uniqueness.”

The primary leverage thecity has is the Art Center lease. For only the second time in the Center’shistory the city is considering a one-year renewal when it expires December 31.The present lease, activated January 1, is also for only one year.

The first lease initiatedin June 1983 was for five years, as was the second, which commenced August 1,1988. Since August 1, 1993, Art Center leases have varied from 16 to 60 months.The last five-year lease covered the span from January 1, 2004, to December 31,2008, according to records supplied by Assistant City Manager Tom Gates.

“Hopefully, when thisis all finished, there will be a new five-year lease,” Van Landinghamsaid. “But, I’m not sure where all this is going to go when this strategicplan is finished by these consultants.”

Covey said, “We areworking to find areas of mutual agreement on any changes. We give our lives tothis Art Center to make it work for everybody and to keep it authentic.”

The Art Center board wants “culturalevaluation” to be done on top of that, though the Center’s future couldhinge on an economic outlook alone.