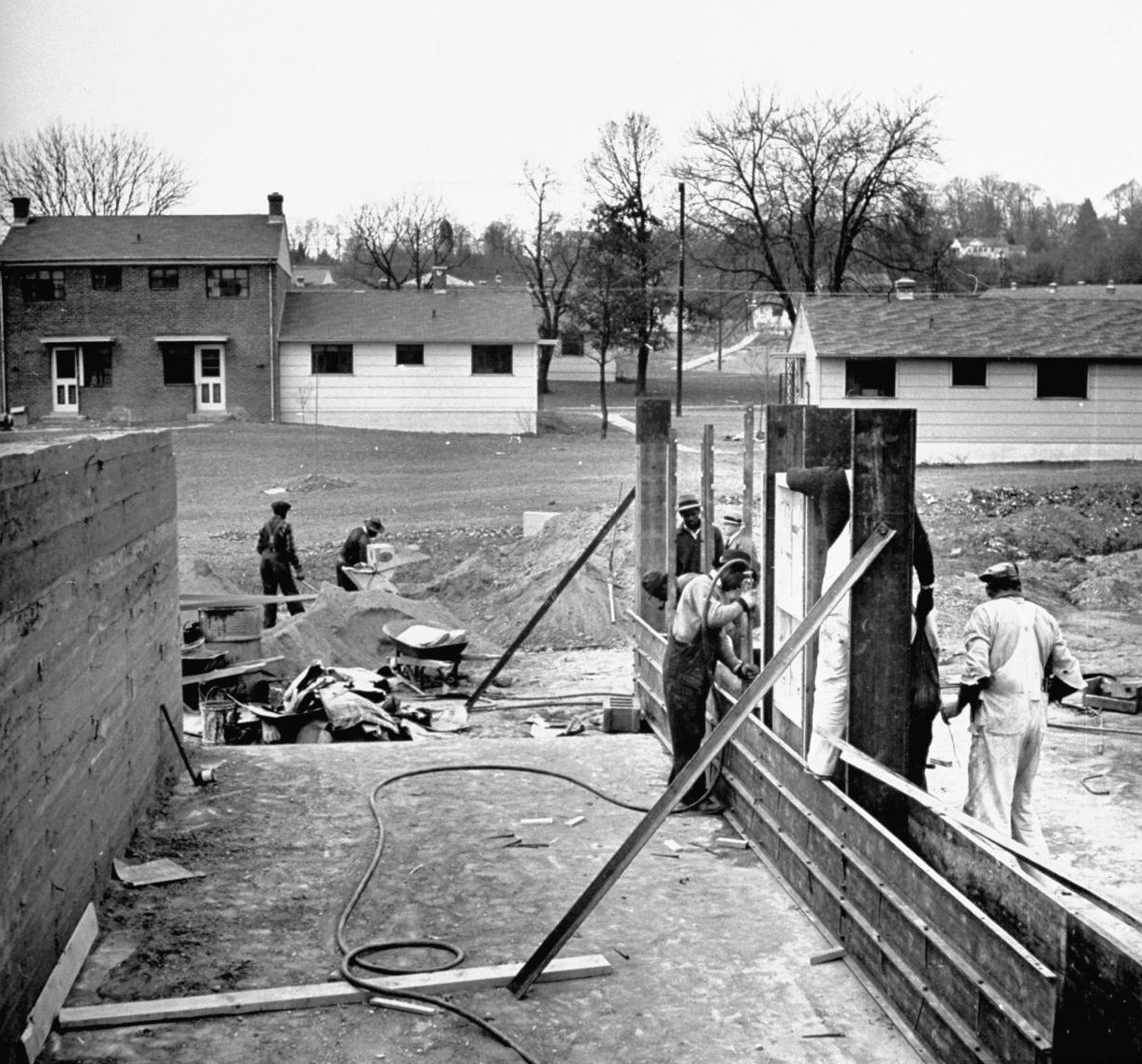 To provide housing for defense workers employed at Fort Belvoir and the Torpedo Factory during World War II, the federal government constructed housing projects in Alexandria, including the Ramsey Homes, Chinquapin Village and Cameron Valley. Cameron Valley, located just north of the 3000 to 3200 blocks of Duke Street, was the largest with 341 units when completed in 1943.

Unlike Ramsey and Chinquapin, Cameron Valley was developed with different housing groups, including a handful of two-story units visible in the background of this 1942 photograph. Built under the authority of the Federal Works Agency, Cameron Valley also served as an experiment in building materials and construction techniques. Most of these experimental buildings were erected along Yale Drive on the eastern side of Cameron Valley, while more traditional techniques were used along Belvoir and Williams streets to the west.

The building materials used drew particular attention from the media, including the New York Times, which compared the materials favorably to adobe. Builders constructed homes using rammed earth, a combination of clay and a small amount of cement poured into forms and compressed with air-driven tampers, a process underway in this image. Other dwellings were made of bitulithic block, formed of sand, clay and oil poured into molds, and some were a combination of rammed earth and block.

Cameron Valley was later used for low-income and public housing. By the 1970s, several homes began to show significant structural problems, which was not surprising for a development built to serve wartime purposes. It was demolished in the late 1980s and redeveloped as Quaker Hill.

Out of The Attic is provided by the Office of Historic Alexandria.