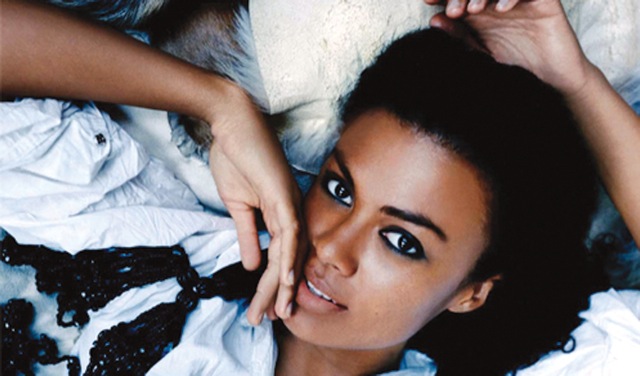 The career path of sultry R&B artist Amel Larrieux (appearing at the Birchmere September 10 and 11) has always been closely intertwined with her personal life. During a recent telephone interview from her New York City home, the 36-year-old former lead vocalist for the 90s hip-hop duo Groove Theory admits, I wouldnt want it any other way.

Growing up the daughter of Dr. Brenda Dixon Gottschild, a noted dance critic, author and college professor, Larrieux was exposed to a wide array of cultural experiences like growing up in Westbeth, artist housing in Greenwich Village where working artists paid whatever they could afford for rent. Experiences like this would eventually shape the genre-breaking quality defining her music today.

I was able to go to museums like [the Museum of Modern Art] and the Guggenheim; the countless dance performances that my mother took me to, the literature, it all helped in forming who I am, Larrieux said. Growing up in Westbeth, I got to listen to everything musically. It was not your average upbringing.

After 12 years of focusing solely on dance, Amel decided that creating music and not just moving her feet to its rhythm would be her lifes calling. Yet, while going into the studio to cut her first record, the 21-year-old discovered more than a world of sound booths and mixing boards. She found a husband.

Groove Theorys other half, Bryce Wilson, introduced a songwriter to Larrieux that he thought would work well with her: Laru Larrieux.

And he was right, she said. Laru and I did work well together composing songs, and then, we fell in love. We got married while we were still making that album, and weve been together professionally and personally ever since.

The couples working dynamics have evolved quite a bit over the last 15 years. Laru has shuffled quietly into the background to become a producer of Amels music after Groove Theorys break-up and her move to solo status. After separating with the Sony music label earlier this decade, the Haiti native took on a much larger role, becoming his wifes full-time manager and the mogul of her independent label, Blisslife, where she has released three LPs (with a fourth expected out early next year).

It was strictly out of necessity, Laru insists when speaking of his management position within the couples musical marriage. Without the help of a major [label], I simply had to do it, because no one else would.

But Amel is not so humble in describing her husbands professional talents.

Laru is really responsible for me still being around as an artist for this long after being dropped [by Sony], she said. Hes one of the more protective and the most honest persons Ive ever known. Ours is truly a match made in heaven. Thats not to say we dont disagree or argue about decisions, but I know that hes only doing whats best for me.

One of Larus more successful business ventures was his early adoption of the internet as a promotional tool and musical outlet. He created a website for Amel even before her old label did, and suggested that his wife answer all of her fan emails personally in order to build a core following. Laru currently releases all new singles via advance digital sale in order to gauge the marketplace prior to the full albums release.

Hes been extremely savvy with [the internet] in order for me to continue to make music, Amel said. The consumption of music has changed and Laru noticed it happening before a lot of us did. People are brainwashed to think you have to sell a million records to be successful. But really, all you need is about 300,000 loyal fans to make a living. He has a brilliant mind when it comes to making a business out of making music.

As for their home life, the Larrieuxs have a more traditional partnership when it comes to raising their daughters, Sky, age 15, and Sanji-Rei, 11. As one might expect, the children of entertainers want to be part of the show, and thats acceptable for this family.

Sky is such a child prodigy, gushes the proud mom. She was able to play music by ear even before she could talk. Shes been doing it for years, and for this tour, shell be singing back-up. Having our children involved in our music means having them fully involved in our lives, which is truly wonderful.