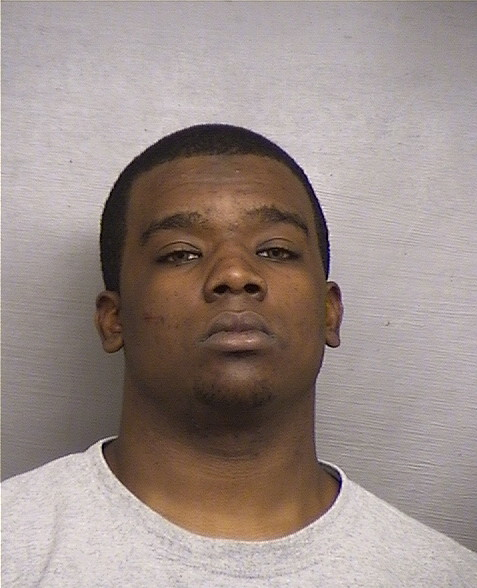 Assistant District Attorney Shelby Hadfield had originally recommended 22 years in prison for Berry, but Haddock granted 30 years for the second-degree murder charge (20 were suspended), five years for the robbery charge and three years for the firearm infraction.

A Maryland resident with achildhood narrative characterized by personal tragedy and hardship, Moore pled guiltyto first-degree murder as the shooter and was sentenced to 36 years in prisonfor murder, robbery and a firearm violation.

The third defendant, a 17-year-old Alexandria male charged withfirst-degree murder, will appear in court on Thursday, September 3 when a judgewill decide if he is mentally competent to stand trial. He owned the gun usedto shoot Siddiqi.

The three men called for a cab on the night ofJanuary 17, intending to take whatever money they could to fund a night out, accordingto court documents. When Siddiqi’s cab arrived at the corner of Princess andBuchanan streets, Moore climbed into the cab where he shot Siddiqi and leftwith about $60.

Siddiqi’s slaying, the first of the year inAlexandria, left behind a wife and three children who, without a breadwinnerfor the Fairfax County household, were forced to move to with relatives inTexas, prosecutors said during the sentencing.

The taxi driver’s family and friends sat frontand center in the courtroom gallery for both sentences and remained composedthroughout as each defendant became visibly emotional while apologizing to themdirectly.

Hadfield said in her closing statements thatBerry, who had a supportive network of family and friends and no criminalhistory prior to the Siddiqi case, was “unlike most defendants that comethrough the courtroom.”

A series of witnesses testified to Berry’scharacter and prior record as a community member, athlete and son beforeHaddock announced his decision.

Margaret Fitzsimmons, whose son played lacrossewith Berry, said she was “shocked” when she originally found out thatsomeone “named Jamal Berry was implicated in this crime.”

In the roughly seven years she’d known Berry,Fitzsimmons said that he was “first and foremost a respectful person”and, though “sometimes immature,” she had never known him to behurtful.

Allen Hines, co-chair of the deacon board atBerry’s church, said Berry had “always exemplified being a gentleman always a good guy, good kid, respectful of everybody.”

Hines, having watched Berry grow up over theyears as a regular fixture at church on Sundays, said that the events ofJanuary 17 were inconsistent with the person he knew.

Wanda Jane Berry, the defendants mother,talked about their close relationship (to which Fitzsimmons had also testified),and how she never foresaw her son ending up in jail for murder.

“We have such a close relationship Jamalwas always there for me,” said Ms. Berry, adding that most of his friendshad at one time or another visited the family’s home but neither of hisaccomplices had ever had done so.

Despite their extremely close relationship, Ms.Berry, said she “had no inkling” of the type of people her son waswith the night of January 17 and that he had only met them a short time beforethat night.

Berry’s attorney James Clark said that Mooreand his client did not cross paths until about a week before Siddiqi’s murder.Berry had only known the 17-year-old for about three weeks.

Denise Tassi, Moore’s attorney, said her clienthad taken full responsibility for his actions and expressed regret for makingthe Siddiqi children grow up without a father, a point that Boucher emphasizedas well.

“I can’t escape the irony that [Moore]created the same situation for the Siddiqi children that he came fromhimself,” Boucher said.

One of eight children to an unwed mother with ahistory of drug abuse and addiction, Moore, at age 4, s
aw his oldest brotherkilled in front of him, Tassi said. Later, Moore’s first placement in fostercare turned out to be abusive and by age 10 he had developed “seriousmental health issues.”

According to Boucher, Moore’s parole officersaid in the pre-sentencing report that “there’s much to overcome before hecan be safely returned to society.”

Moore, reading from a prepared statementThursday before hearing his sentence, said that he hopes to be able to entersociety again as a better individual.