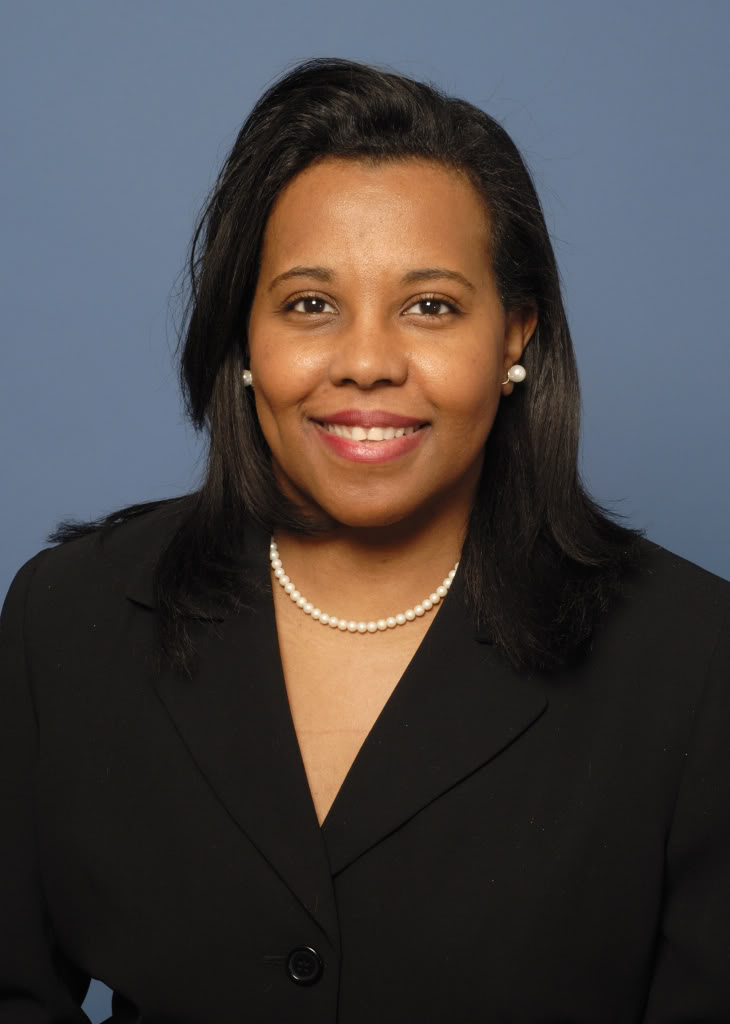 Born in the Dominican Republic, Del. Charniele Herring has been a Northern Virginian for almost 30 years and a Virginian for even longer. The West End representative was elected in a special election last year after then-delegate Brian Moran left his seat to peruse a gubernatorial run.

With a session in Richmond now added to her resume, she represents political experience in the 46th District race. She also brings trying life experiences to the race, having been homeless as a child for half a year before studying economics at George Mason University and then law at Catholic University. She presided as head of the West End Business Association in 2008 and maintains a history of volunteerism and activism, particularly with raising awareness of homelessness in the state.

Herring has learned from her unique first experience in the House. She was not sworn in until after the filing deadline last session because of a recount, but managed some success by learning quickly on the job after Gov. Tim Kaine gave her a small business bill to introduce. It bounced around between the House, Senate and the governors office before ending up back on the House floor for a debate.

I think that was a proud moment for me because I think I got a grasp of the procedure down there and how you get your bill to survive and to fight for what you want, Herring said. If it means waiting until the end to do it, thats fine, but at least this bill survived.

Herring has campaigned behind her experience and has come forward with some finite desires of what she wants to see happen in the state government this session, including steps toward solving the hottest issue in her district the quality of life issues in the citys West End that the Department of Defense development will bring with it in the coming years, once completed. She has been working out-of-session with Rep. Jim Morans office and the Virginia Department of Transportation on assuring their help with the probable traffic congestion and environmental effects on the area.

They say politics is local, Herring said. A lot of people are concerned about [the structure] going up and the traffic implications, the HOT lanes and VDOT and what theyre doing or not doing thats the hottest issue that Ive heard.

She also supports incentives for businesses that allow flexible work hours and telecommuting for
their employees in an effort to decrease congestion in the area.

The delegate also plans to reintroduce a bill from last year regarding rental assistance to families in need. It did not have enough time for vetting because of her late start, but Herring said she made good progress on it while both working and debating with the other side of the political aisle.
She will seek out a Republican co-sponsor if elected, she said.

It was exciting, Herring said, because I got to debate Phil Hamilton (R-93) on the issue. And it was a proud moment for me because the House Appropriation Committee members took note of what I had to say about the number of homeless children doubling in the Commonwealth of Virginia.

Herring referenced the significant immigrant community in her district as a focal point as well, and has been endorsed by Ethiopians for Change and varying other organizations.

On education, she is against merit-based pay for teachers, paralleling the Virginia Education Association that endorsed her, and wants stronger public schools and salaries across the board. She also opposes school vouchers that would make tax dollars available for charter schools.

If elected, Herring plans to introduce a wind energy bill to stimulate job growth and provide clean, renewable energy. It would include wind turbines off the coast of Virginia, she said, though she is still figuring out how to pay for it creatively perhaps with a tax credit for the company that installs them.