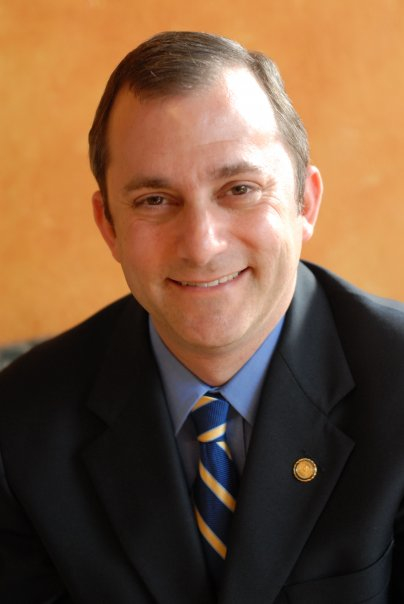 Del. Adam Ebbin is the citys longest tenured delegate, first elected to the General Assembly in 2003. Running unopposed has instilled in him the confidence that he has represented his district well, he said, and he hopes to continue his service in Richmond with an eye toward marginalized and disenfranchised sects of the community, environmental reform and transportation solutions.

Part of [the reason Im running unopposed] is that this is a very Democratic district and that Ive done a good job of representing the values and the concerns of Democratic voters, Ebbin said. And Id like to think also that a small part of it is that Ive been responsive to the community and done a good job.

As the first openly gay member of Virginias lower house, Ebbin has had tangible success in Richmond, and although he will most certainly be elected for another term, that did not negate the need to campaign and speak with constituents, he said.

Running unopposed is a bit more relaxing, but its important to get out there for the sake of democracy anyway, Ebbin said. I hope I havent done anything to incite a write-in movement.
That prospect is unlikely. Constituent surveys he performed indicated that, in general, people want fairness, a [social] safety net and opportunity in my district, adding that he of course encounters opposing views, but that his views generally parallel those of his constituents.

This session, Ebbin said that his concerns over state budget cuts and the lack of support for certain social programs are deeper than last year. He recognizes the need to increase state revenues and close the budget gap but does not see much excess pork in the budget.

At this point, I would say that significant cuts would require in some cases elimination of existing departments, agencies and programs rather than waste and fat, he said. And I challenge those who say that theres waste and fat to give specific examples.

Ebbin supports raising the gas tax to aid transportation funding necessary for mass transit and congestion solutions in the region and infrastructure in the rest of the state. He favors raising it gradually, so that residents would not absorb huge hits in a lame economy, and lowering it gradually as cars become more fuel-efficient. A crux of his position is based on the revenues it would capture from non-Virginia drivers.

On the education front, Ebbin supports what he calls differentiated pay for teachers, based on a combination of willingness to take on difficult assignments, like teaching at a low-performing school and mentoring other teachers to positively influence classroom performance among teachers and, more significantly, students.

He has also co-sponsored a bill to improve access to higher education for the immigrant community that would allow students who graduated from Virginia high schools, with parents who had paid taxes for at least five years, to get in-state tuition rates even if the student did not yet have full legal documentation. Not doing so, he said, would lock students out of hard-to-fill occupations.

Ebbin said his proudest accomplishments from his tenure in Richmond have been passing a bill that increased penalties for employers failing to pay workers a bill that came about after eight constituents from the Arlandria-Chirilagua neighborhood came to him with similar cases. He has also worked to increase penalties for human trafficking crimes, creating a long-term commission for the issue.

Environmentally, Ebbin succeeded with a bill (adopted by the governor via executive order) to mandate that all state buildings be built toward environmental sustainability. He plans to work on a bill this session that would place a fee on disposable bags in the state in hopes of decreasing pollution and changing the mindset of Virginians, Ebbin said.