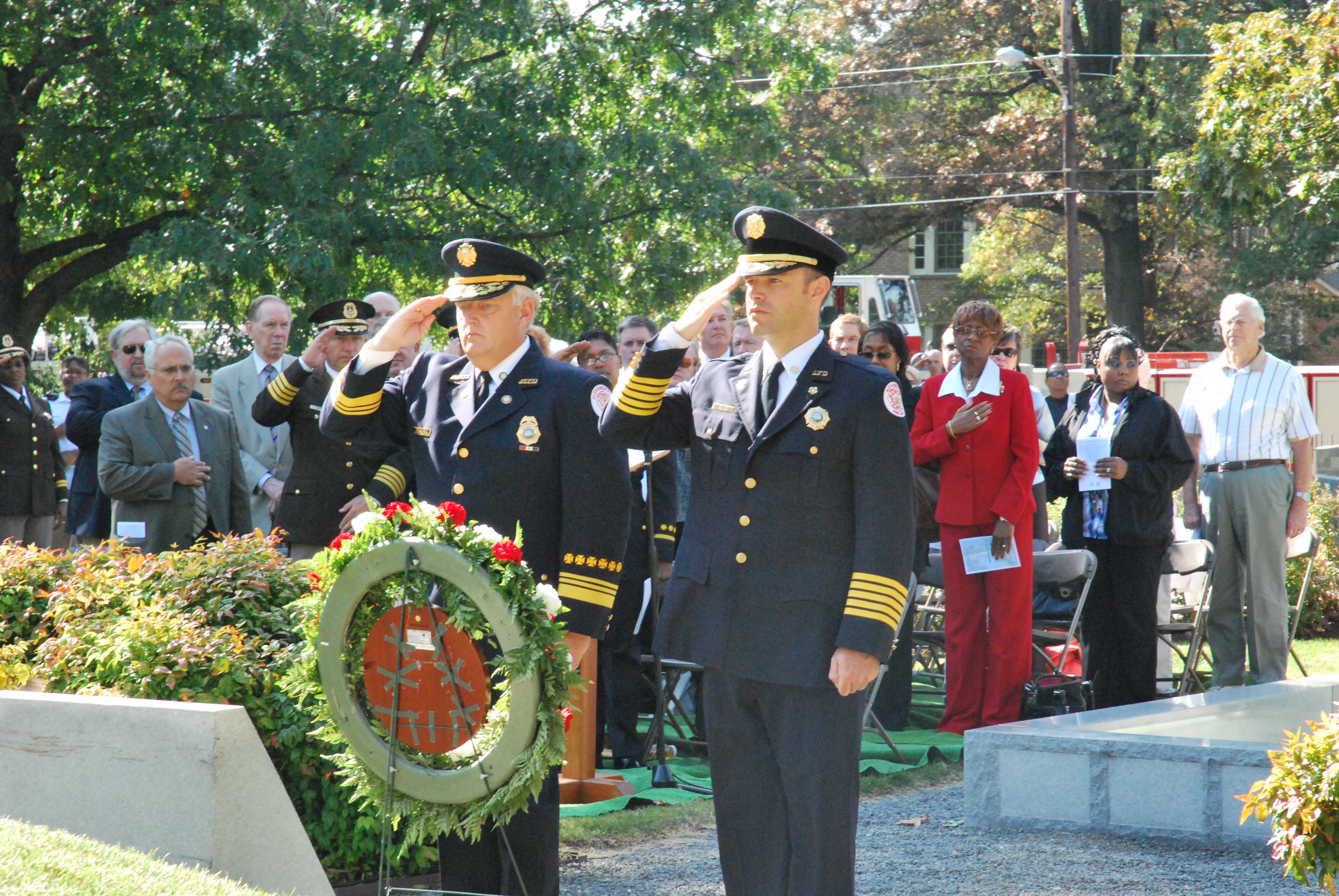 The solemn ceremony recognized every city firefighter, paramedic and fire marshal and their counterparts around the country who has died in the line of duty over the past year and throughout the citys history.

There was no new need this year for the Circle of Honor, which recognizes AFD members who died in the past year. But EMS Supervisor Lisa Jones noted that the rest of the country was not so lucky, having lost 103 members of the fire service community in the past 12 months. Those members were memorialized a week earlier at the National Firefighters Memorial in Maryland.

Fire Chief Adam Thiel, who attended the national memorial in Maryland, reflected on those recognized who, despite their self-sacrifice and dedication to service, these were regular people but not ordinary people. In fact, these were extraordinary people; just like those in our fire department who, despite long odds and often impossible circumstances, continue to do everything they can to help all of us on our own day of days.

The ceremony was one of many similar ones held across the country for National Fire Prevention week.
Alexandria Volunteer Fire Department President Thomas Jay Johnson Jr. rang a bell in remembrance of each of the citys 15 fallen members, spanning from Charles Glasscock in 1850 to Louis Farri in 2002, while representatives for each person lost placed a rose in a vase, symbolizing the roll call of the fallen.

Thiel and Johnson then laid the wreath at the stone obelisk dedicated to Alexandria firefighters in 1856 after seven firefighters died fighting an Old Town fire near the waterfront.

Theres an old saying that once a person decides to become a firefighter, paramedic or fire marshal or for that matter a police officer or a deputy sheriff their act of heroism is done; all the rest is simply part of the job, Thiel said. I disagree. For I believe that true courage can only be displayed after one knows the true risks, knows the true hazards and yet continues to serve day-in, day-out, 24-7, 365.

The ceremony also recognized two retired firefighters who died in the past year: Winford Wimpy Jones and David Pete Brown.

NAMES OF THE AFD FALLEN


Charles Glasscock
Died of injuries sustained when hit by a hand-drawn fire engine.


David Appich, James Keene, William Evans, George Plain, Carson Green, John Roach, Robert Taylor
While fighting a fire in a three-story building in the 100 block of King Street, they were killed when a wall collapsed.


George W. Petty, Fire Chief
Suffered a heart attack on the way to a fire.

1925
George Whalen
Died of injuries suffered in a shipboard fire.


Leo E. Moore
Died of a heart attack while fighting a fire at the Truman Boyles Mattress Factory.


Roger Welker
Suffered a heart attack on an aerial ladder at a fire scene.