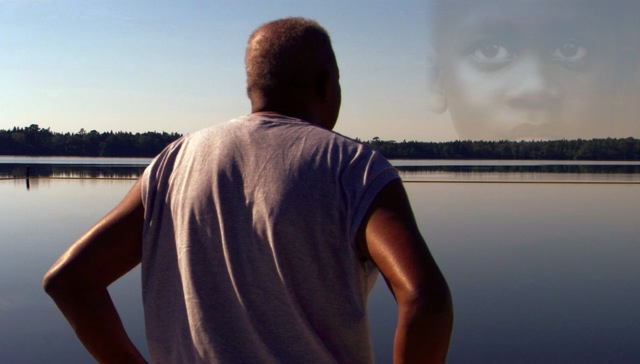 When Tom Lewis was growing up in North Carolina with 15 other siblings, his family was too poor to afford a camera. The only picture ever taken of his youth reveals a tidily dressed boy of about 10 with a high-and-tight fade and a toothy smile veiling any obvious hardship despite his familys poverty. He would be an adult before his face was again captured in a photograph.

Enter local filmmaker Tom Dziedzic. His documentary Redemption Stone: The Life and Times of Tom Lewis took home this weekends Alexandria Film Festival Jury Prize in capturing the story of Lewis who, since the days of that dusty gray photo, has experienced a remarkable life of adversity-turned-community changer and still maintains a tempered persona.

Mr. Lewis himself, hes a very shaman type of character to me, said the director and producer, who first began the film in 2003. Hes a guy that doesnt hold any grudges or anything its just part of his life. So he always talked about it in a good way, not like he was some terrible victim or anything like that.

Lewiss memoir is one of nuance, paradox and introspection, which Dziedzic encapsulates in the 30-minute film, culminating in his founding of The Fishing School, an after-school program in Northeast Washington that has positively influenced thousands of D.C. youth with nothing to do after the school bell rings .

Via education and activities, it aims to empower vulnerable children aged 6 to 12 and encourage parental responsibility and community service in an area where an outstanding percentage of births are to single mothers and basic math and reading levels of fourth graders are the exception, not the rule, according to statistics provided by the school.

The issue of millions of these latchkey kids coming home with no place to go is a nationwide issue that we all have to deal with, Dziedzic said. So part of [the film] was social media trying to hopefully influence an audience in a subtle way, but this is an issue that we all need to look at. And in particular, Lewis is an agent of change in the community, too.

Though Lewis is retired, he is still on the schools board of directors.

The documentary opens with one of its most powerful scenes: An introspective Lewis walking toward a hazy Cape Fear River in North Carolina one morning sort of contemplating his life, as Dziedzic puts it.

The moment was serendipitous, stumbled upon by the director and his crew on the way to breakfast. But it turned out to be one of the many scenes throughout the film evoking water-related metaphors. After all, a fisherman himself, Lewis founded The Fishing School with a particular proverb in mind: Give a man a fish and you feed him for a day. Teach a man to fish and you feed him for a lifetime.
The school has since made it its own Teach a child to fish and change a generation and affected tangible change for its participants in Washingtons 6th and 7th wards.

With the thread of Lewiss discretely strong storytelling skills, Dziedzics film narrates his life with imagery that is sometimes subdued (a reflective protagonist in the open-aired rural fields of his home state), sometimes stunning (footage of the 1968 riots in Washington where Lewis was a rare black police officer among mostly whites) and buoyant at other times, when it portrays Lewis interacting with energetic children at his community center to reflect the positive aspects generated from a dynamic life.

Dziedzics considers himself a filmmaker and a storyteller not an activist despite the light his film sheds on a crucial societal issue. I think the activist part comes out of the story sometimes, he said. If one person sees this film and decides to get involved in an after school program and his community, I think that its made a difference.

To me thats just worth a million dollars; the power of film and the power of media. And change comes out of culture and culture is impacted by film.

Dziedzics subject gave him ample material to work with. Interviewing Lewis was certainly not pulling teeth (Mr. Lewis likes to talk, he laughed.) and his life experiences needed no sensationalizing. Before his role as a community leader, Lewis wore the hats of a low-waged worker, factory laborer, military soldier and, in the most captivating and consequential part of the film, a police officer who helped suppress the riots in Washington after Martin Luther King Jr. was assassinated in 1968.

Theres a point there where he kind of has an identity crisis as a black policeman and then there are black rioters, and he knows how many of these people come from extremely disadvantaged and poor backgrounds, Dziedzic said. And so it causes a real paradox in his life. So the footage there was pretty strong and certainly a turning point in Mr. Lewis life itself.

Experiences like these helped shape Lewis into the community beneficiary he is today, and helped Dziedzic shape the award-winning film with memorable cinematography from his film crew.

For Lewis, a childhood narrative recorded only with memories and a single photograph became a life of extraordinary significance. And a story told.