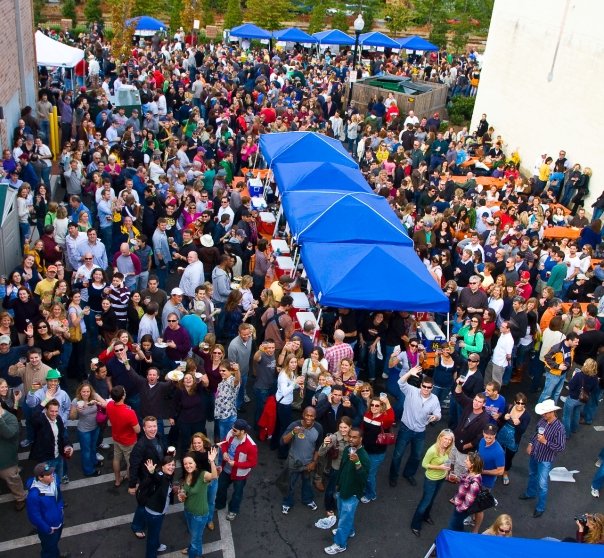 You could say that Rustico Restaurant on Slaters Lane knows beer. The popular gastropub sports more than 300 beers on tap, in bottles and in cans from all over the country and the world. Last Saturday the locale known as well by foodies as by beer snobs used its expertise to throw its annual Oktoberfest celebration a little late by Germanys standards, but who would argue with the citys preeminent locale for suds?

Kegs of pumpkin ales and Oktoberfest-style brews graced the balance of the tents in the parking lot behind the restaurant. Colossal, well-known breweries like Sierra Nevada setup shop alongside not-so-household names like Climax out of New Jersey, Otter Creeks Wolavers of Vermont and Clipper City out of Baltimore.

But it wasnt all about the beer. Wine was there if necessary, while food from Rustico and its Neighborhood Restaurant Group counterparts Buzz Caf, Evening Star Caf, Vermillion, Tallula, EatBar, Columbia Firehouse and Star Catering was on tap as well.