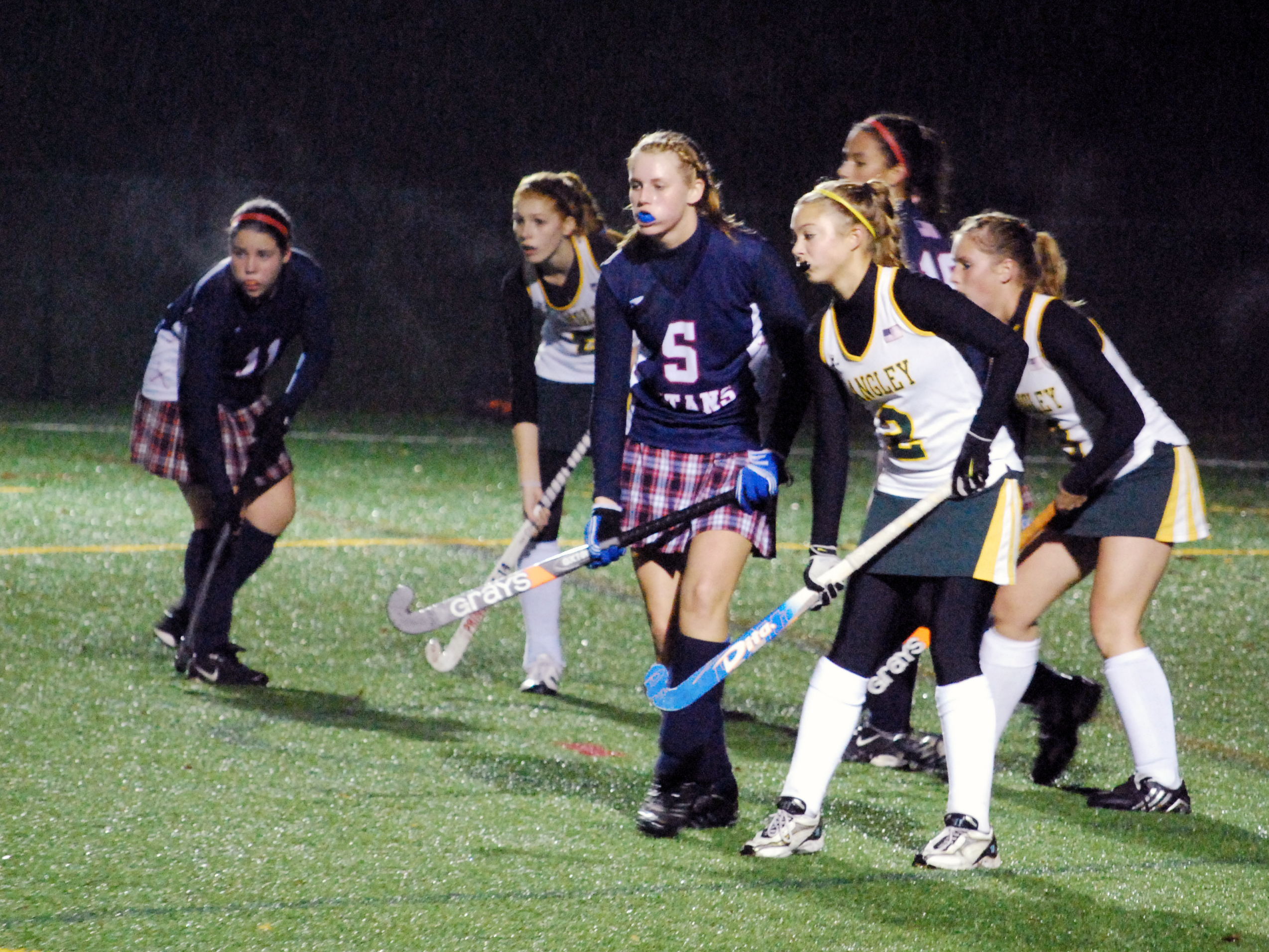 In a fluky game where the visitors ended up playing host to the home team and a steady rain left the ball slippery and hard to control, you might half-expect the dominated team to somehow come out on top.

Unfortunately for the T.C. Williams field hockey team, thats just what happened as Langley, the No. 2 seed from the Liberty District, prevailed 1-0 in Tuesday nights Northern Region opening round clash at T.C.s Minnie Howard Campus.

Despite being out-possessed and out-shot, the Saxons, the higher seed but playing away on T.C.s synthetic turf field after a day of rain left their own unplayable, notched the game winner with 8:07 left to play on just their second shot of the game.

While obviously painful and deflating, the late winner did not surprise T.C. head coach William Heresniak.

Ive seen it happen in too many sports, where fluke things happen and the shot went in, Heresniak said. They had one real shot and that was it. They had another that Meghan [Boyle] cleared out from the circle, so they had two shots on goal and one went in.

Thats regionals for you, he said.

The Titans, entrants into the regional tournament via their 2-0 Patriot District playoff victory over West Potomac, finished with 10 penalty corners and were able to keep the ball on their attacking half of the field for almost the entire second half, but couldnt find the touch or the shooting lane to capitalize on their dominance.

The Saxons, without a penalty corner and relying on intermittent counter attack break-outs, made the most of their best and only chance when Kelsey Rooks drive from the right wing made it into the shooting circle where Emily Knapp turned and fired the decisive goal to the far corner.

They had all the corners, we didnt get a corner, said Langley coach Jennifer Robb. They had a whole lot of shots but my defense came up big and my offense made it happen when we needed to go.

I dont think we had many more than the one shot that went in but Ill take that every day of the week.

T.C.s senior captain Kaitlin Mendez, one of the key directors of the Titans dominating attack, thought her side could still get back the equalizer to prolong their season at least through overtime.

Fighting the clock, the Titans had four penalty corner chances and several threatening free hits in the last eight minutes but could not find the back of the net. Several times, the ball slid off of a Titan stick at just the wrong time.

The ball was really slippery, Mendez said, acknowledging her troubles securing the ball. I know when we were practicing earlier, Anjuli [DeWakar] and I were practicing and it just wasnt going for us.

Heresniak downplayed the effects of the weather and the late venue change.

I knew they were a solid team coming out of the Liberty District but tonight was a huge opportunity and we didnt get it, he said. We played a fair game up until they scored and then we put it into gear when we should have put it into gear at the opening whistle.

Even with the tough playoff loss, the future should remain bright for the Titans (9-10), who return freshman goalkeeper Meghan Boyle and a number of junior outfield players that logged serious playing time this season.

I think theyre going to do great things, Mendez said.

Heresniak said, Im proud of what they did [this year] but I wanted to go deeper into regionals. Next year will be an interesting year for us.

Kassidy McDonald - June 30, 2022
By Kassidy McDonald │ [email protected]om  There are hundreds of years of American history behind the name 1799 Prime, an elegant steakhouse set to open on...