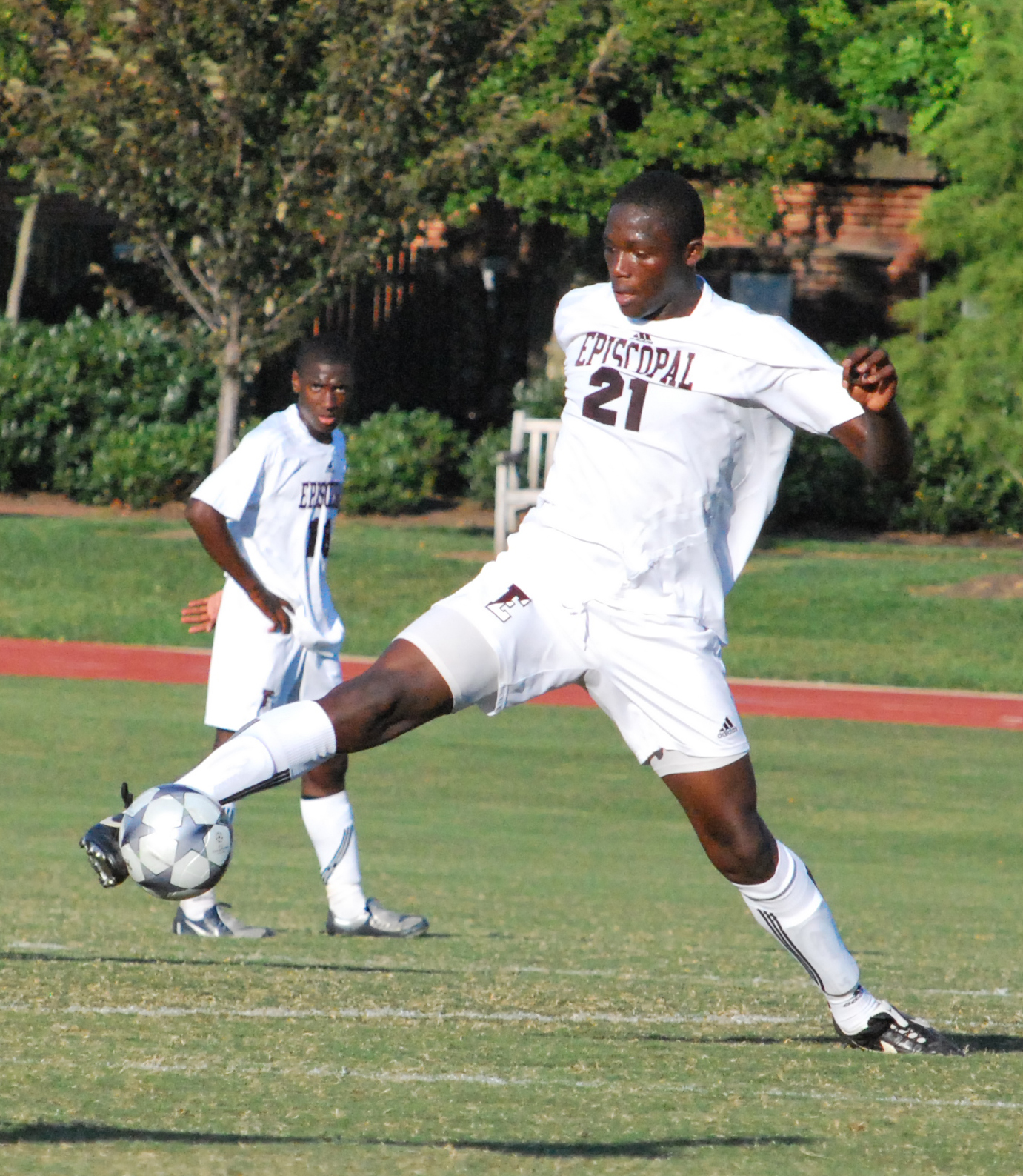 Once again, the Episcopal Maroon had an opponent on its hands Friday afternoon with a defense-heavy game plan, looking to keep the unbeaten Alexandria team off of the scoreboard as long as it could.

And, for the second time in as many games, Episcopal sophomore striker Arnaud Adala Moto dashed the challengers best-laid plans with a late-first-half tally that proved to be the game-winner in his teams 2-0 home win against the Landon High School Bears out of Bethesda.

With the win, Episcopal (10-0-2) extended its unbeaten streak dating back to the beginning of last years perfect 23-0 campaign that ended in a Virginia Independent Schools Athletic Association state championship.

Though noticeably different than last years championship team, this seasons squad, ranked No. 3 in the area by the Washington Post coming into the game, sports a sizeable target each game.

Theyre 32-0-2 coming in and thats not a coincidence, said Landon coach Bill Read. We knew that on paper, by any kind of empirical ratings, theyre the favorites.

Reads team, trying to keep the game scoreless through 40 minutes, actually had the attacking advantage through most of the first half, forcing the Maroon to defend a series of four straight corner kicks a little more than 10 minutes into the game.

They played good balls into the box but our entire teams marking was fantastic and they didnt get shots off, everything was blocked, Episcopal coach Rick Wilcox said.

Then, in the 38th minute, Episcopal back Ross Higgins chased down an errant Landon cross outside his own box and sent a long ball forward to Shepard Chalkley who, taking two dribbles to his left, laid it off to his right for the streaking Adala Moto where the tall attacker made quick work finishing low to the far post.

Youre always trying to score, however our team has had a real knack for finishing halves very strong, Wilcox said. Weve been fortunate this season to have guys step up in critical moments and its been different guys every time.

Adala Moto stepping in for injured lead striker Dominique Badji was the man in the right place at the right time again for his team, scoring similar in fashion to his 39th minute score four days earlier against Bullis in another 2-0 win.

He gives them an option just because hes so big, Read said. You just have to keep your feet moving because if he gets it on the end of his foot, you cant reach it. Hes like a big backboard. You just kick it up at him and hell knock it down.

Despite Adala Motos obvious attributes, it was Shepards quickness and skill on the ball that led directly to the score and factored in the Maroons second goal, an 82nd-minute rebound effort from forward Trevor Bobola.

Shep has grown up a lot over the last couple of years and become a much more mature player, Wilcox said. Hes always had tremendous pace and now hes adding to that some little subtleties in his game so that he can create space for himself and also his vision is improved, which you saw with the first goal.

We defended tremendously well, Wilcox said. Last year we were able to score a lot of goals and we were good defensively but a lot of it was because we kept the ball so well that we faced very few shots. This team has been outstanding.

What I feel good about is that were going to be able to win some ugly soccer games this year, and we have already.