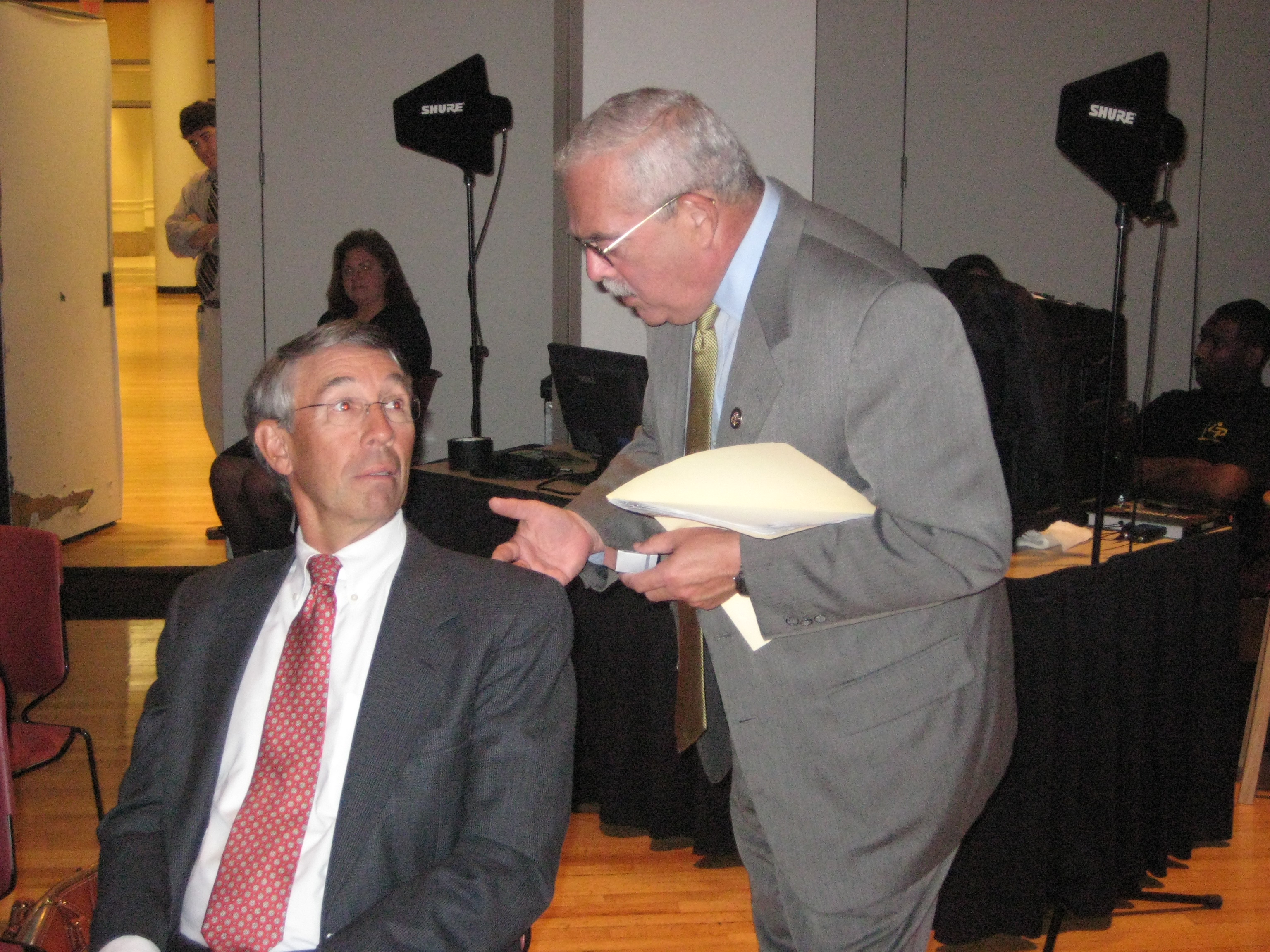 Applause interrupted one of the speakers during the nearly three-hour-long Annual Economic Summit hosted by the Northern Virginia Association of Realtors at George Mason University on September 23.

The kudos went to Rep. Gerald Connolly (D-11), whose district includes Fairfax County. He won them over by saying, The homebuyers tax credit has really been a stimulus, and I want to be sure we extend it.

The program provides an $8,000 federal tax credit to first-time buyers, including anyone who has not owned a home in three years. Having attracted 1.5 million new customers this year, it is set to expire December 1.

There are a lot of people in Congress trying to extend it and make more people eligible, Connolly said. I am fairly confident that we will do it.
NVAR Board Chairman Susan MeKenney of RE/MAX Allegiance in Alexandria expressed the same cautious optimism.

It is a good program, and it is working, she said.

Realtors often tell me that the tax credit is encouraging first-time buyers, along with the falling prices and interest rates.

The prospects for the extension look promising, she said, and a lot of people are working on it. They include the National Association of Realtors, which has launched a vigorous Congressional lobbying campaign. She warned, though, that the passage was far from a sure thing.

As with so many proposals calling for government funding, the spending issue was the sticking point. This years tax credit program cost $15 billion in tax revenue, Connolly said.

That sounds like a lot of money, he said, but reminded the audience that the total stimulus package came closer to $800 billion in six months

Dr. Lawrence Yun, chief economist for the NAR, argued that the governments lost revenue would be repaid.

For one thing, he said, the average homebuyer pumps $63,000 into the economy through additional purchases ranging from moving trucks to appliances, furnishings and even new cars. For another, Yun claimed, Most income tax is paid by homeowners, so the government will get a lot of its investment back.

We are on the cusp of a housing market recovery, he said. Hopefully the tax credit extension will be passed, and then we will see that revival happen in six months. Thats why I have no compunction in pushing for it.

While the 2008 housing market collapse is widely blamed for starting the current recession, Yun predicted that the housing recovery would, in turn, play a major role in ending it.

When people say that we are out of the recession and you ask them why, they answer that it is because of the upgraded housing market forecast, he said. Most people have their wealth tied up in their homes. If they see that their value is rising, they will feel more comfortable in buying other things.

Federal Reserve Chairman Ben Bernanke is among those declaring that the recession has technically ended, while admitting that job losses have grown, but unemployment will stay stubborn, Connolly said.

But the people who are most likely to keep their jobs are also the most apt to buy homes, according to Dr. Stephen Fuller, director of the Regional Analysis Center at George Mason University.
Throughout the Washington area, 42,100 jobs were lost this August, he said. However, the picture for the region looks more promising than in other parts of the country.

The number of federal government employees rose by 12 percent this August, as compared to the same month last year. It was followed by an increase in education and health positions at 4 percent and professional and business service providers at 1 percent. Construction and retail workers were the hardest hit, declining by 17 and 13 percent, respectively.

Yun warned that the national unemployment rate might rise to 10.3 percent before the recovery begins.

The pain will continue in the job market, he said.

Fuller predicted that lost jobs will not return until the second quarter of 2010.

When the positions do come back, he said, We expect that most will be filled by higher-skilled and higher-paying employees which means even more likely homebuyers.

Already, Fuller said, the Northern Virginia market has bottomed out, and home sales are rising as inventory falls. The monthly NVAR sales statistics bear him out.

Due to the pent-up demand, Northern Virginia will recover first, he said. By 2011 and 2012, it will be going like gangbusters.

Agreeing that the housing market is speeding up again, Yun said that some lenders are unintentionally slowing it down.

In the boom that lasted through 2005, he said, they said, Lend to anyone.

But now, he warned, the previous lack of caution has turned into a definite excess of it. He reflected the real estate agents resulting frustration, with the slow pace of home appraisals and bank approval for short sales: I got a contract but the mortgage was not approved, is a common lament.

Still, Yun said, People are coming back into the market because prices are too good to miss, and interest rates are dropping. Once again, he praised the $8,000 tax credit for playing a vital role.
Some people say that government involvement is bad, bad, bad, Yun said. But with homeowners paying so much in taxes, They should be getting something back in return.

MeKenney echoed the speakers sentiments as she closed the meeting by saying, Its the housing market that will pull us out of the recession and lead the recovery.