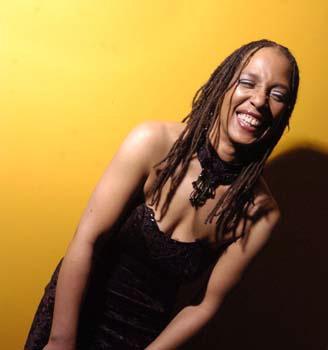 The Bacon Brothers
The Birchmere October 1 and 2

In some mysterious manner, Six-Degrees of Kevin Bacon became one of the biggest party games of all time. For those who arent in the know, the premise is simple: Connect any actor to Kevin Bacon using various co-stars as building blocks (e.g., Cameron Diaz was in Vanilla Sky with Tom Cruise who was in A Few Good Men with Mr. Bacon two degrees). Well, heres your opportunity to have a night of zero-degrees of Kevin Bacon, as youll get to share the same air as him and his brother Michael. Also, unlike some other dubious actors-turned-crooners (William Shatner, Steven Segal), Mr. Footloose can actually sing.

In the mood for some funky R&B in a relaxed setting? Dee Stone may be the artist youre looking for, having spent her entire life in search of her true voice. Since 1993, shes been a Northern Virginia resident, splitting time between her different projects (Stone/Wright, the Dee Stone Band) and raising her three children. A prolific lyricist, Dee sings about love, liberation, spirituality and the human condition. To borrow a line from the diva Donna Summers, She works hard for the money, so you better treat her right.

As a way of celebrating the wedding of their fiddler Joey Crosby, the Alexandrian modern Irish folk band Scythian will be hosting this all-day (and night) fling with live music from 3:30 to 11 p.m. Designed as part Celtic/Americana /hippie musical extravaganza and part camping adventure (with cabin and canoe rentals), the Fedoryka brothers are providing their guests the perfect Columbus Day weekend road trip (Rocky Gap is about a two-hour drive from Alexandria) to let you soak up the autumn sites (trees changing colors) and sounds (Was that a bear?).

Girlyman
The Birchmere October 11
This Atlanta trio never takes itself too seriously, which in todays overly introverted alt-rock scene is a welcome respite. However, on their soon-to-be-released fourth studio album Everythings Easy, the self-described leading edge three-part harmony folk-pop group cultivates a level of depth and maturity that fits them like a tailor-made Armani clown suit. Glorious harmonies are sprinkled with sly, mischievous winks on such tracks as Easy Bake Ovens and My Eyes Get Misty. Swing by one of the many online music sites (such as www.myspace.com/girlymanband) for a sample and then be sure to drop by the Birchmere for a night of complete musical immersion from Tylan, Doris, and Nate.

This southern Louisianan native could be described as jack of all trades, master of all.  Whether you want striped-down but searing soul (check out the 2005 rootsy Delta number Home) or heart-felt ballads (his latest single When Its Good, a duet with LeAnn Rimes thats getting sold rotation on the country stations), Broussard always has a knack for hitting the exact groove hes aiming for. A true professional from a young age (he released his first album at 20), Broussards voice would easily be able to fill the main music hall even if the power were to cut off. This is a definite cant-miss show.