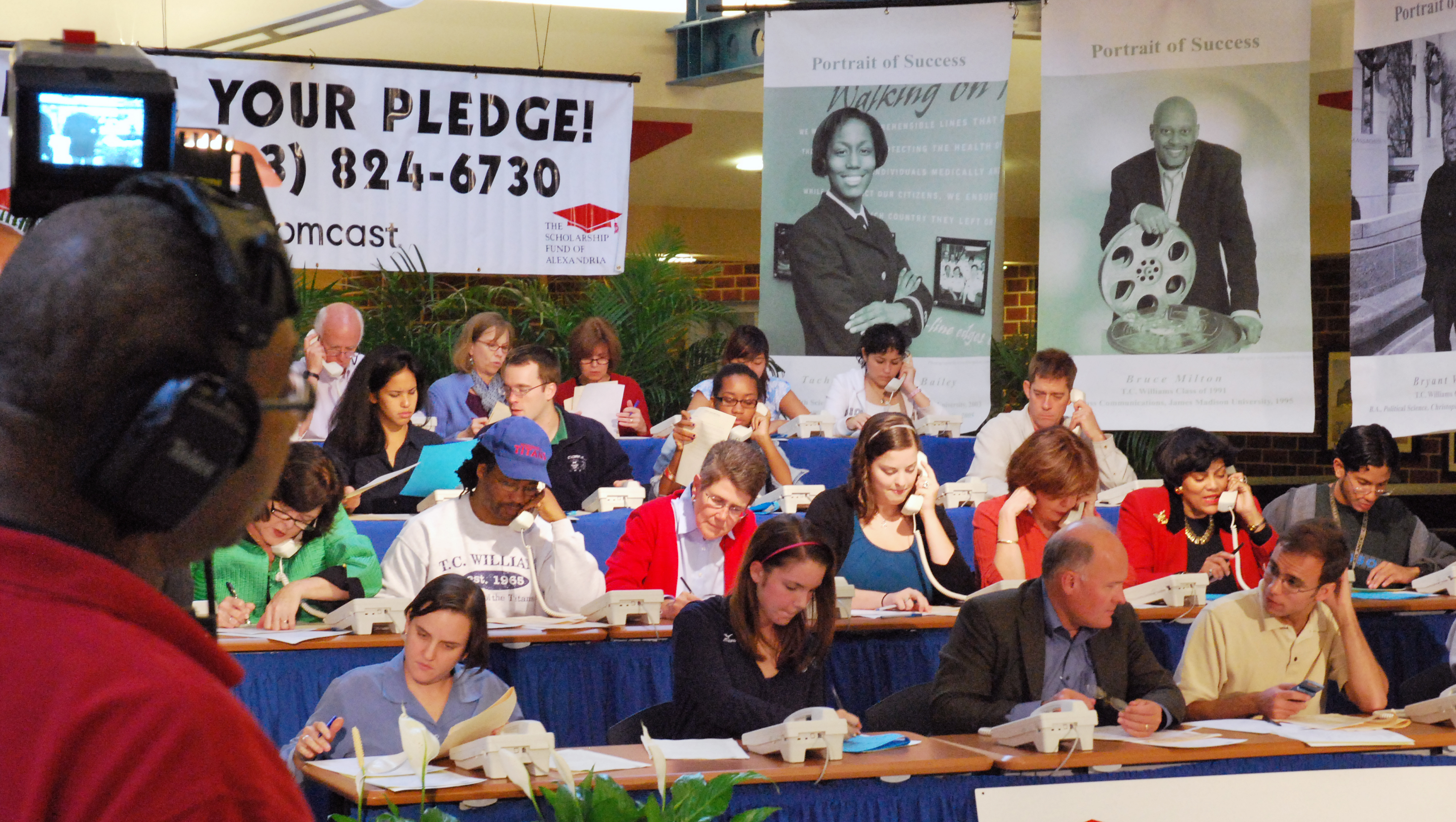 Sure enough, three minutes later the phone banks were full, cameras were rolling and the Scholarship Fund of Alexandrias 16th Annual Fall Telethon was underway.

In just over an hour, callers had already pledged nearly $20,000 and by the end of the five-hour event the big board had reported some $64,000 and counting in donations, SFA Director Susan Yowell said Monday.

Were still counting, though, because we had a number of pledges that said, Send me the form and Ill decide. Theres always follow-up with this, Yowell said.

Last year, the telethon netted more than $100,000 for scholarships to deserving students, but Yowell said that was characterized by several large contributions from local businesses.

I still dont have real answers on the total net, but I think that we had a very good response from our loyal donor base, she said, adding that she thought the number of donors rivaled years past but the fund lacked as many large donations. Im sure thats a reflection of the economy.

The live broadcast, one of SFAs two primary fundraisers each year, was once again a collaborative effort involving roughly 200 community members pitching in on the phones, behind a camera, performing live or accounting for donations, according to event organizers.

Callers included past and present members of the Alexandria City Council, School Board, school leaders and a number of past scholarship winners.

Many of those grant recipients, like 1996 alumni Marie Bangura, returned (again) to their alma mater to return the favor.

Its just the feeling of knowing that it helps, because it helped me a lot, Bangura said after her shift on the phone bank.

Why not? It doesnt take too much time, she said said. Ive donated every year since I graduated college but of course you just send your check in and youre not really involved and I think that I wanted to be a part of the process.

Since its inception, the fund has awarded $6.2 million in scholarships to more than 3,100 deserving Alexandria students, according to its annual report. The fund also provides counseling something
Bangura also assists with as an employee of the U.S. Department of Education to assist students in accessing federal, state and private financial aid.

Current T.C. Williams students also helped with several live musical performances broadcast from the school auditorium, in addition to the students filming and directing while working with technical staff from Comcast.

T.C. senior Max Vosper, working as the technical director for the student portion of the broadcast, said the work on a Sunday was a proactive step to helping the community.

I feel like Im reaching out to people, seeing as were helping with filming it and putting it on the air, Vosper said. Were not just seeing it; were helping to get this money for the scholarship fund.

Daniel Ardura, the student director for the show leading the broadcast from the schools TV studio control room, said the telethon was a fun assignment being in charge didnt hurt and a very worthwhile cause. Especially for a Titan senior looking toward college herself.

Im going to be applying to every scholarship I can Ive got three siblings, Ardura said, adding that he hopes to get an SFA grant. I think thats the only way we could really understand the gratitude that people feel toward everyone involved with the scholarship fund. We cant truly understand how good it feels until weve been through it.