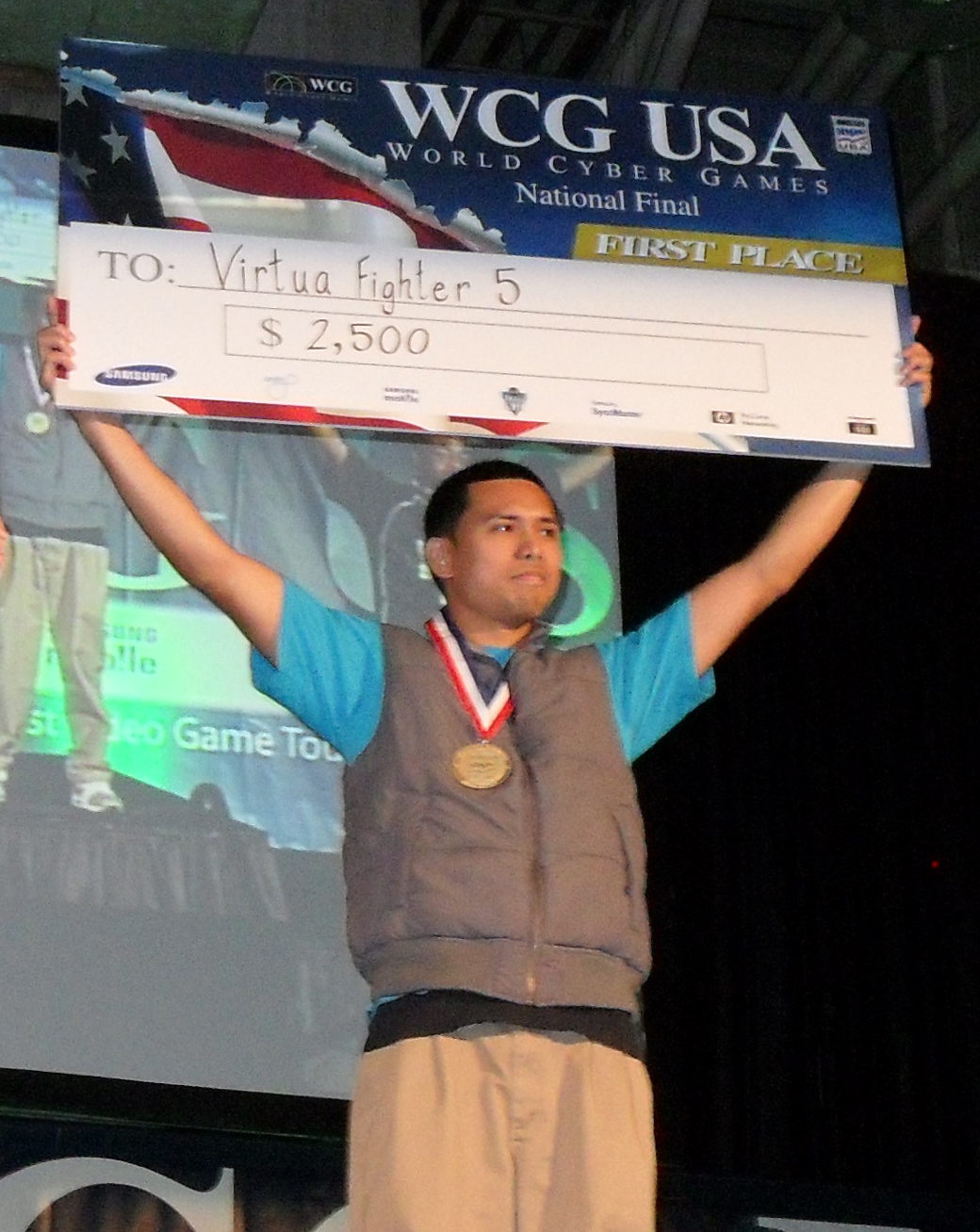 Chief Flashs 2009 national championship victory was really several years in the making. The 27-year-old from the western edge of the city got his first taste of real tournament fighting in 2002 at age 20 before he knew what he was doing.

Back then, his performance didnt turn many heads other than his own.

A much more seasoned veteran now, with far more tournament experience but no landmark wins, his commitment paid off in late September when his 2-1 victory over Denkai in the U.S. Virtua Fighter 5 finals secured Eddel Chief Flash Dioquino a place in the World Cyber Games this Tuesday in Chengdu, China.

According to the competitions website, last years WCG essentially the Olympics of video games in Germany included more than 800 gamers from 78 countries, whittled down from a pool of 1.5 million entrants. Other popular games in the contest include FIFA 09, a soccer game, and Guitar Hero World Tour.

I was up against the best in the U.S., the same guys that gave me trouble before, Dioquino said last week while on vacation in Jakarta. So I was happy and very humbled.

When the tournament started, I lost my first two matches, he said. I was nervous and couldnt concentrate, but after that, I managed to recollect my thoughts and went undefeated all the way to the finals.

Dioquinos opponent in the finals, Denkai, a friend and close competitor for several years, recognized what the Alexandrians win meant in Virtua Fighter circles during a post-match interview.

Well, I know Flash from when he wasnt even good at the game and I used to school him all of the time, Denkai said. Every tournament I would beat him and Ive got a lot of friends back home who are going to be really surprised because this is a big upset, actually, in the VF world.

Videos of the final match show that it was one fighting move that helped book Chief Flashs trip to China.

I wasnt escaping the giant swing-grab, Denkai said of his opponents tactic. I knew he was going to do it the seventh time I shouldve escaped it. When youre nervous, youre up there, youre trying to win, youre just mashing [controller buttons] not really thinking straight.

It took years of training, new gaming consoles and a new version of the game since that first tournament lesson in 2002, but Dioquino worked his way to the top. He said the buildup to the national finals and the world championship has consisted of training against friends in the area for a couple of hours at a time about three days each week.

After months of practice, those friends, who werent very good initially, have turned into a solid competition base for Flash.

I trained these guys hard for the past two years, he said. Now theyre almost up to my level, so I have to play hard against them.

A little more than a week before the trip to China for the WGC, Dioquino isnt making any bold proclamations about how he expects to perform.

To be honest, I have no idea how Ill do. I just have to get in there and play my best, Dioquino said. I already know for sure that Japan and Korea will be the hardest competition.

Dioquinos win also forced him to change some of his standing travel plans. Originally, the IT specialist had planned a three-week vacation to Indonesia to visit a friend and compete in a break-dancing competition. The apparently multi-talented gamer-slash-dancers spot in the WGC meant he had to cut a week from his existing itinerary and couldnt quite spend as much time on the beaches of

Bali as he had planned. Competing for a living is no day at the beach, right?
However, not having a 20-plus hour flight across a dozen time zones could be a blessing in his first WGC appearance and with national pride on the line.

Im glad about that too, Dioquino said. That way, I wont get jetlagged and wont be disoriented during the tournament.

In China, if I win, it will be the first time a U.S. rep ever won. A lot is expected of me, so theres a lot of pressure.