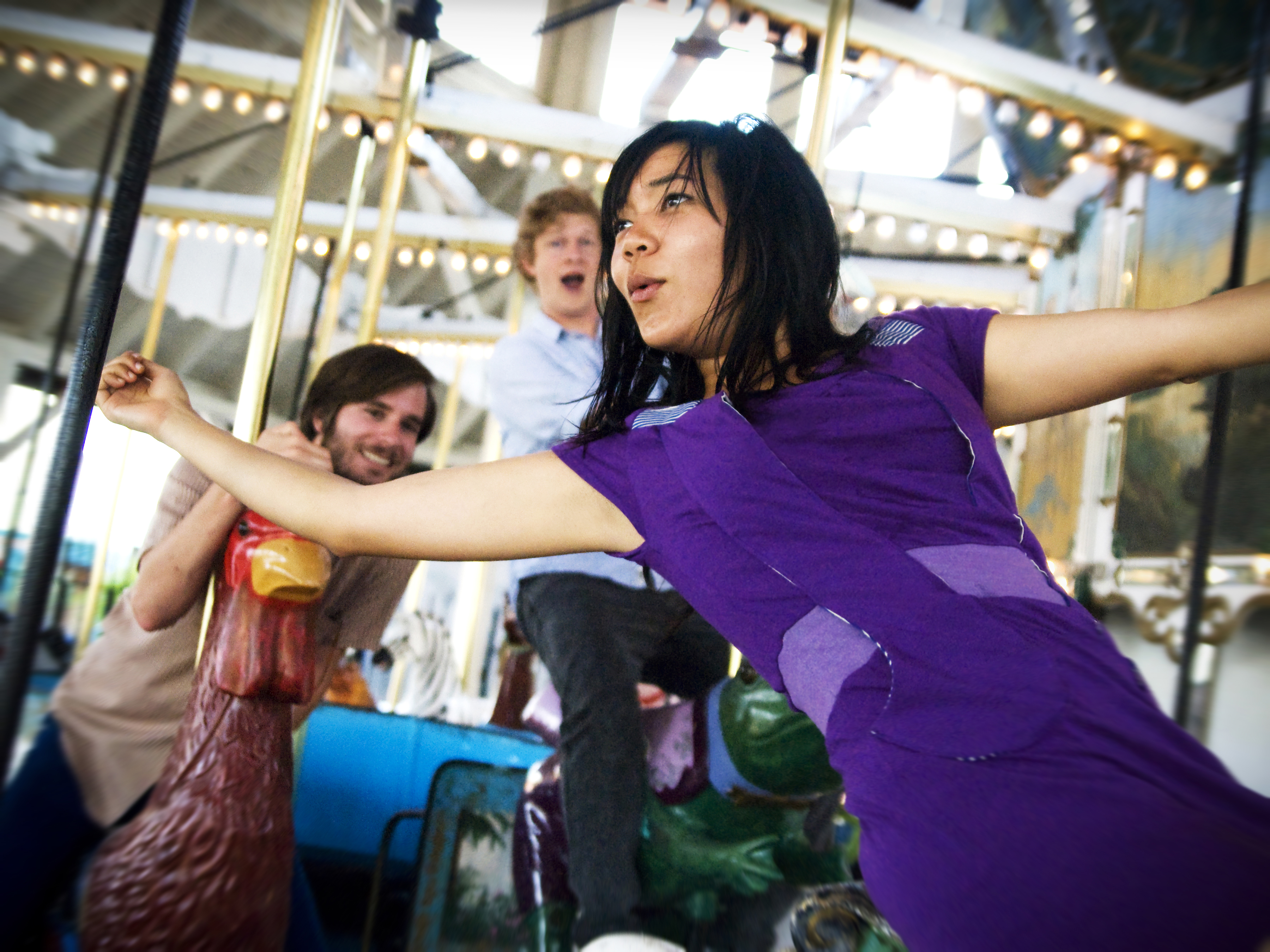 Three little numbers shouldnt mean very much while preparing to interview an up-and-coming college radio star. Yet, with an endless array of telephone interviews directed toward the 2-1-2 (New York City), 3-1-0 (Beverly Hills) and 6-1-5 (Nashville) area codes, having the chance to use the local extension to talk to a nationally touring musician is sort of special.

But then again, that term could be used to describe Thao Nguyen, whos revisiting the area she grew up in while on tour with her band, Thao with the Get Down Stay Down, playing in the District (the Black Cat, Friday, November 6) and then down the road in Richmond (The Canal Club on Saturday, November 7). Sort of special.

A 2002 graduate of the prestigious Thomas Jefferson High School for Science and Technology, Thao grew up in Falls Church, the daughter of Vietnamese immigrants.  Finding solace in 60s Motown and doo-wop music at the age of 12 after her father left the family, Nguyen spent most of her free time learning to play guitar and writing songs while working in her moms laundromat.

When she needed to get away from the pressures of school and family life, Thao was drawn to a familiar landmark the Potomac River.

Id hang out by the water near Old Town or in the parks along the George Washington Parkway, she says. I always found that area very relaxing and a good way to put things in perspective. I loved and still love looking at beautiful things not made by man. We didnt have a lot of that where I grew up just a lot of concrete, which isnt too inspiring.

When the teenager started to feel confident in the songs she wrote, Nguyen began hitting area open-mic nights. In clubs like Jammin Java, shed belt out original tracks, always afraid of being compared to other artists if she covered their music.

After moving away to William and Mary College in Williamsburg, Nguyens musical interests expanded to include the early blues of Robert Johnson and Muddy Waters along with country artists like Marty Robbins, Hank Williams and the Carter Family Band. When she graduated, she left with more than degrees in Sociology and Womens Studies; she departed with bassist Adam Thompson and drummer Willis Thompson (no relation) who compose her backing band, the Get Down Stay Down, along with an appreciation for all music. The eclectic influence is evident in her groups first two albums the critically acclaimed We Brave Bee Stings and All and Know Better Learn Faster released in October.

Its not a conscious decision to include all these genres into one album, says Nguyen of her most recent offerings exploration into bluegrass, folk, pop, rock and dance.  I just have a low attention span and a great appreciation of these different styles. I just try to incorporate as much variety as I can while conveying the message I want to get across.

The message Know Better Learn Faster tries to convey is one of loss and heartbreak. Written during a dissolving relationship, Nguyen summarizes the albums overall spirit in the opening line of the CDs final track Easy Sad people dance too though she didnt intend it to be taken that way.

Oh no! she protests of the line. Its not a summarization of anything. I just needed it to be a segue from what was really the saddest track on the album [But What of the Strangers] into this dance song. I threw it in to be tongue-in-cheek, but I can see it having a larger application.

As for her future, Nguyen is not one to create a master plan. She enjoys her new life in San Francisco (Its more conducive to my lifestyle I hate to drive.) and has no quibbles with her bands lack of mainstream popularity.

Weve had the good fortune to find success in this business, Nguyen concludes. The least and the most we could ask for is that a crowd comes to see us when we come to their town. For those 100 to 200 people to come out and share the evening with us its a humbling experience. Were very grateful.

Any homegrown goals left to conquer?

Oh, Id love to play the Birchmere.  I saw so many shows there growing up as a kid The Waifs, Erin McKeown, Dar Williams. Itd be a blast!