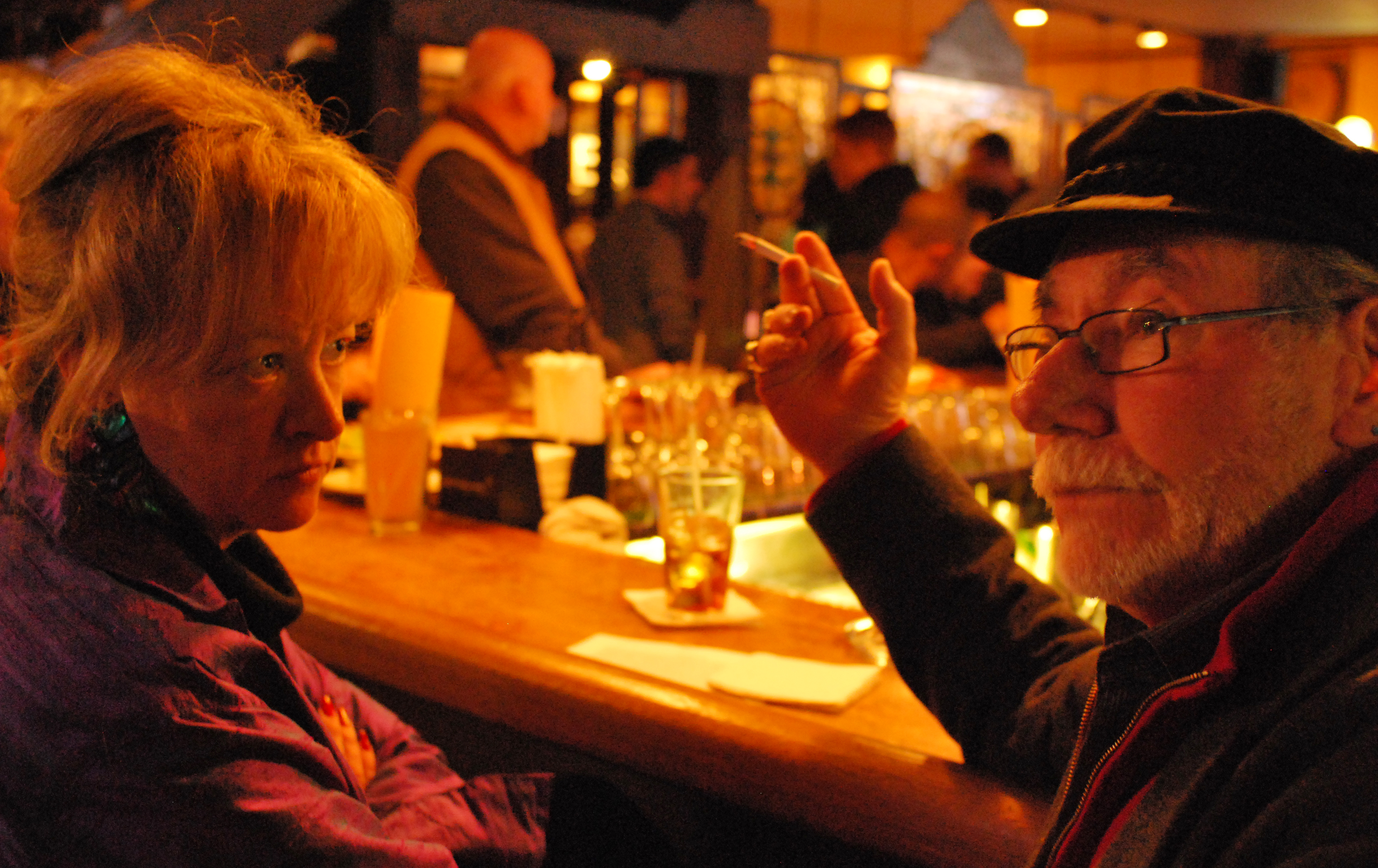 “Sam,” who “doesn’t smoke,” is nonetheless lighting up a Marlboro Light outside Union Street Public House in Old Town, a bar and restaurant that was cigarette-free by its own doing long before the Virginia General Assembly restricted the practice in most dining establishments earlier this year.

Sam, who considers herself a social smoker, refused to giver her real name, but was not shy about her disdain for smoking cigarettes inside nor her support for the ban that prohibits it starting December 1.

“I think it’s the best thing ever,” she said. “For health reasons, it’s disgusting. If you want a cigarette, go outside, get some fresh air and have your cigarette. Don’t bother other people.”

The health of restaurant employees and patrons was a major impetus behind the bill’s passing, but it is seen by some as an infringement on individual rights. Those in the restaurant industry throughout the state are not completely sold on the ban, which requires any smoking sections to have separate walls and ventilation systems. Owners believe it could hurt their business, as do some residents and employees.

Virginia is the 25th state to enact a general smoking ban for restaurants and bars. For a state known for its tobacco leaves and the money they ring up, the prospect that restaurant businesses will suffer from the ban is an additional burden in a flatlined economy, even if it is a healthier way of doing business.

“I see it as a good thing for our health, but for business, I don’t know,” said Megan Baroody from behind the bar at Chadwicks bar and restaurant in Old Town, a somewhat smokey establishment that has gotten much less so since it installed a special ventilation system to clear out smoke before the ban was enacted. “I guess we’ll see what happens when it happens. For the well-being of my customers and fellow employees, I think it’s a good thing.”

But some smokers and even non-smokers believe the ban treads not-so-lightly on their individual rights and actually changes their perspective as consumers on longstanding establishments.

Kathleen Turner and Bob Sabel are obvious regulars at Chadwicks. They have a space etched out at the end of the L-shaped bar that looks like it was built for them, a couple that enjoys their smokes. Turner and Sabel have been coming to the bar for several years since 1982 for Turner. They call Chadwicks their “soup kitchen,” and their increased business over the years has made it like a second home to them. To them, the bartenders are family and the food is home-cooked.

“This isn’t only a change in the law but a change in how you look at the establishements,” said Sabel, a smoker unembarrassed and unapologetic about a habit he enjoys. “It’s your choice to come here. This is a comfortable place. It makes you feel like you’re at home, and that’s why we come here.”

Turner tapped her cigarette into an ashtray a little more than a week before the ban was set to begin. “We know that cigarette smoking is harmful,” she said. “We all know that. I think it’s a matter of choice.

“We ought to be able to make choices and at this point I feel like the majority would have us confined to our homes where they would monitor us and see if we are smoking. I think it’s getting a little bit absurd.”

Turner feels bullied. The “majority” to which Turner refers is not of any political party, but of the general non-smoking population, some of which occupy a pedestal of “moral high ground,” she believes.

Part of that majority consists of Mike Lilimarzi and his girlfriend Elizabeth Fahey. As non-smokers, they feel somewhat bullied themselves.

“I don’t care if you smoke, just don’t smoke around me,” said Lilimarzi, who lives in Maryland and is accustomed to not smoking inside. When he comes to Alexandria to visit Fahey, he said cigarette smoking factors in as his only reservation to going out in Old Town. “I just think that in a closed area when it affects other people, you shouldn’t do it.

Fahey said she is bothered by smoke but would never say anything to smokers about their habit because it is a personal choice. But her boyfriend’s family seems more willing to visit Alexandria because of the bill, she said.

The question that remains unanswered is whether the new ban will attract more non-smokers to restaurants than it will deter smokers.

“My relationship with establishments will decline because I don’t want to go outside,” Turner said. “So a good thing to come out of it may be that I eventually quit, but I’m not assured of that and in the meantime it’s just going to be a major pain.”

Sabel is unlikely to let the ban affect his everyday life at least consciously. While he admits that he may choose to stay home more subconsciously, he’s intent on having a cigarette outside “no matter what the weather, because that’s what I enjoy.”

At Bugsy’s Sports Bar on King Street, the Capitals are on TV for its loyal patrons who know that the upstairs bar, separated from the restaurant downstairs, will not be affected by the ban. Still it does not make it agreeable. The ban is not just about social cues and the stigma of smoking, but about business and individual rights for many.

“I do care that there’s actually a government law,” said Corrine Routhier at the bar at Bugsy’s. “I think it should actually be based on the proprietor. The person that owns the establishment knows their customers best. And it’s up to them to know if [the ban] is something that would interest them. As for employees, it’s a choice to work where they work.

“I have no issue going up to New York City or in D.C. and having a cigarette outside,” she said. “I just think owners will find there will be more people outside than inside and it will hurt their business.”

The health factors involved with the ban was at the crux of the bill, but some people, like Lilimarzi and Fahey, are more concerned about the smell of smoke on their clothes than inhaling it in their lungs. Others see it as an environmental issue, like Routhier, who thinks the ban will see more cigarette butts outside than in the ashtrays along the bar.

“I think the emissions from the Mirant power plant are worse for you,” joked Richard Jacobs, a regular and non-smoker at Chadwicks. “Smoke doesn’t bother me at all.”

Despite current opinions, the affects of the ban will make smokeless bars the status quo in Virginia, with social cues and perhaps new business models following suit. Non-smokers are likely to take the ban better than tobacco fans.

Until December 1 rolls around, conventional wisdom suggests that they smoke ’em if they got ’em.