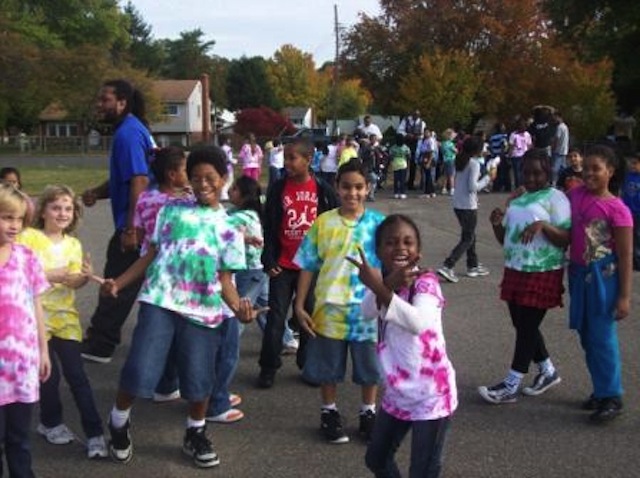 About 40 years ago, a lone bagpiper walked through Old Town alongside a few Alexandrians selling wreaths, holly and other holiday trimmings to benefit programs at the Alexandria YWCA.

Contrast that picture with more than 100 tartan-clad clans taking to the streets Saturday morning behind numerous pipe and drum bands and the 39th Annual Scottish Christmas Walk, part of a weekend of activities to raise funds for the Campagna Center, appears even more astonishing.

In just four decades, the Scottish-heritage walk has gone from low-profile stroll to the main fundraiser for one of the citys primary human services groups its impact all the more poignant in the year its namesake and long-time leader, Elizabeth Anne Campagna, would have turned 90.

Mickey Campagna, her son, recalled how Elizabeth finally found a job that suited her in the 1960s after her husbands death.

Mickey explained how his mother was able to rally the more resource-rich portions of the community toward supporting new social programs for their less-fortunate Alexandrians.

She evolved into the executive director position over a series of years and it was exactly the perfect job for her because she had a genuine appreciation of people and really responded well to people, he said of his mother who died in April 1991.

I can run into [someone] wherever Im going and Ill give them my name and theyll say, Oh, I was 15 years old when I got into T.C. Williams and I didnt have any future and because of your mother I got a diploma and I have a city job with a pension and a family, Mickey said.

It literally started 39 years ago with a bagpiper and a few kids walking down the streets of Old Town as a thank you to the city for its support, said Karen Hughes, the centers current president and CEO.

Now, with the help of the St. Andrews Society of Washington, D.C., the event draws Scotsmen from as far away as Arlington, Texas, to Old Town, according to Dave McKenzie, the societys sergeant at arms.

And in a city steeped in history and Scottish ancestry, the fact that the walk helps maintain a bastion of Alexandrias not-for-profit social services network seems fitting.

Its our biggest fundraiser, Hughes said. We dont actually make money off of the parade at all but accept donations and turn a profit on the weekends other programs.

Initially in the vanguard of early childhood education in the city, the center under Campagnas direction during the 1960s when it was still part of the YWCA opened Alexandrias first Head Start program, according to its website.

The Campagna Centers efforts have since expanded to tutoring programs, the Wright to Read literacy workshop and a Building Better Futures mentoring program for at-risk students learning English for the first time.

John Porter, the longtime T.C. Williams principal and now the executive director of Alexandria Community Trust, praised the Campagna Centers Head Start efforts for its impact on the citys youth.

I think the Campagna Center plays a vital role in our community and has really grown to where theyve become a viable force in a number of different areas in Alexandria, Porter said. Its one of those institutions that Alexandria would be hard-pressed not to have.

And until Elizabeth Anne Campagna came along as the YWCAs program director later becoming the centers executive director the organization lacked the leadership to get to the position it is today.

Whether or not the Scotsmen from across the country know the full extent of what theyre walking for Saturday morning, those whove benefited from the Campagna Center certainly do.