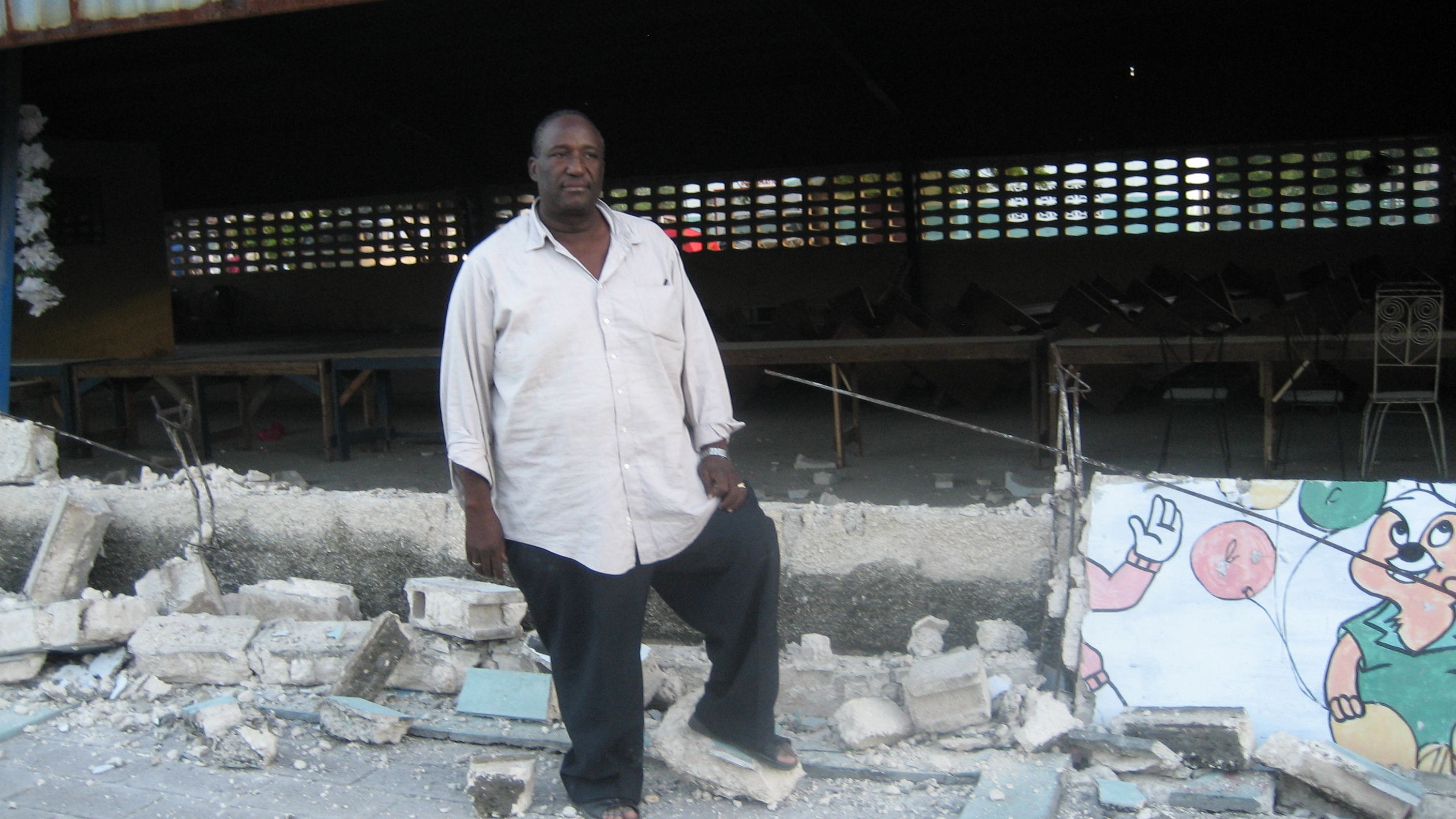 The earthquake and its after-shocks that devastated and are still devastating Haiti, namely Port au Prince, have left a part of the world with little infrastructure to begin with even more unstable. As everyone now knows, money is being scraped up and sent to the troubled country from all over the world.

Alexandria is no different. Having been deemed one of the most charitable cities in the country, that distinction has manifested itself already and continues to do so with more events to benefit the masses affected in Haiti. Here are some of them:

Harry Covert, the Alexandria Sheriff Department’s public information officer and general man about town, has been connected to Haiti since 1987 as founder of Ripples of Hope/Haiti. Before the earthquake, Covert raised $650 a month to feed about 150 children a month at Good Samaritan School in Port au Prince. He has been collecting and sending extra aid since the earthquake, having received this SOS message from Astrel Vincent, the school’s director in Haiti:


I’M SURE YOU HEARD ABOUT THIS CRUEL CATASTROPHIC. I NEVER BELEIVE THAT I WILL SEE SOMETHING LIKE THIS IN MY LIFE TIME IN MY SCHOOL GROUND IN CITE SOLEIL IHAD THAT EXPERIENCE. AFTER 3 DAYS WE HAVE ABOUT 2000 PEOPLE IN MY SCHOOL YARD IN CITE SOLEIL, WATER AND FOOD AND MEDICAL ASSISTANT, THAT WHAT THE PEOPLE NEED, SANITARY ARE VERY NEED.
PLEASE HELP!

Having visited in October, Covert notes that Haiti had lacked many basics common-day necessities in America before the 7.0 earthquake, making the situation that much worse.

“The pictures I took in October are not really much better than the ones I’m seeing now,” Covert said.

To donate, visit www.thecovertletter.com and look for the PayPal link.

Bishop Ireton High School’s sister school, Louverture Cleary School, is 10 miles outside of Port au Prince and the students and faculty are reacting in a family matter. The Ireton Drama Club will perform staged readings of A.R. Gurney’s Love Letters in a special one-weekend engagement. Performances are Friday, January 22 (7:30 p.m.), Saturday January 23 (4 p.m.) and Sunday, January 24 (2 p.m.). All proceeds from the $5 tickets will go toward relieving Louverture Cleary School, where its structures still stand but the gate and the wall surrounding the property are damaged, creating security concerns at the boarding school for fifth-graders and up. Ireton will also collect money at the door of the varsity basketball game against Gonzaga on Friday at 7:30 p.m. in Godley Gym (adding to last Friday’s collection at the Bishop O’Connell basketball game of $1,600).

Second-hand items for a first-rate cause


Stephanie Drachsler and Colleen Clark, a couple of friends born and raised in Alexandiria, will hold a yard sale to benefit Haiti via the Red Cross. The event is for anyone who needs to clean out their closets but is especially relevant to residents who want to do something for Haitians but cannot afford donating cash. And if other people’s old stuff is your idea of a good buy, then everybody wins.The yard sale will be held Saturday, January 23, at 2413 Mt. Vernon Ave. from 9 a.m. to 4 p.m. Donations can be made at the same location on Friday, January 22 from 3 to 9 p.m.

Frank Thorp V, an American aid worker and former employee of Rustico restaurant, part of the Neighborhood Restaurant Group, was in the mountains 100 miles away from Port au Prince when the earthquake destroyed the capital. He left immediately to find his wife Julian, who was trapped beneath rubble for about 10 hours before Thorp pulled her from the debris in a stroke of guts and luck. The group hosted a fundraiser for Haiti last night at Columbia Firehouse, where donations went to the Thorp’s newly founded charity, Haitian Emergency Rebuilding Operation (HERO). It’s too late to join the fundraising event, but not to donate at www.hatianheroes.org or by emailing [email protected] Each of the group’s seven restaurants will also feature menu items of which proceeds will benefit HERO and the Red Cross. Visit www.neighborhoodrestaurantgroup.com for more information.

From one island to another

Mango Mike’s restaurant “the island on Duke Street” will host a Haitian benefit dinner on Monday, January 25, where 25 percent of dinner sales will go toward the Save the Children foundation. The agency, which has worked in Haiti for 25 years, has emergency responders on the ground there now, working to meet the immediate needs of families including food, water, shelter and supplies and making sure that children separated from their families are safe.

“We have a long tradition of supporting local Alexandria based Charities,” said owner Mike Anderson, “but we felt that with our Caribbean theme and the magnitude of this tragedy, we would help to raise some funds for those in need outside of the local area.”

Sweet solutions to a bitter event

Students and staff from Lyles-Crouch elementary school will hold a bake sale this Saturday at Market Square forHaiti during the farmers market, which lasts from 5 a.m. until 10:30 a.m.

Old Town’s Bittersweet Caf will donate proceeds from its “Chocolate Cupquake” sales to the American Red Cross disaster relief fund through the end of the month.

Individuals and businesses have, and will continue to donate funds to the Red Cross, the leading charity thus far for disaster relief in Haiti. The Alexandria Chapter at 123 North Alfred St. is a reliable place to get extra information, but philanthropists can also donate directly to the special fund set up for Haiti at www.alexandriaredcross.org.