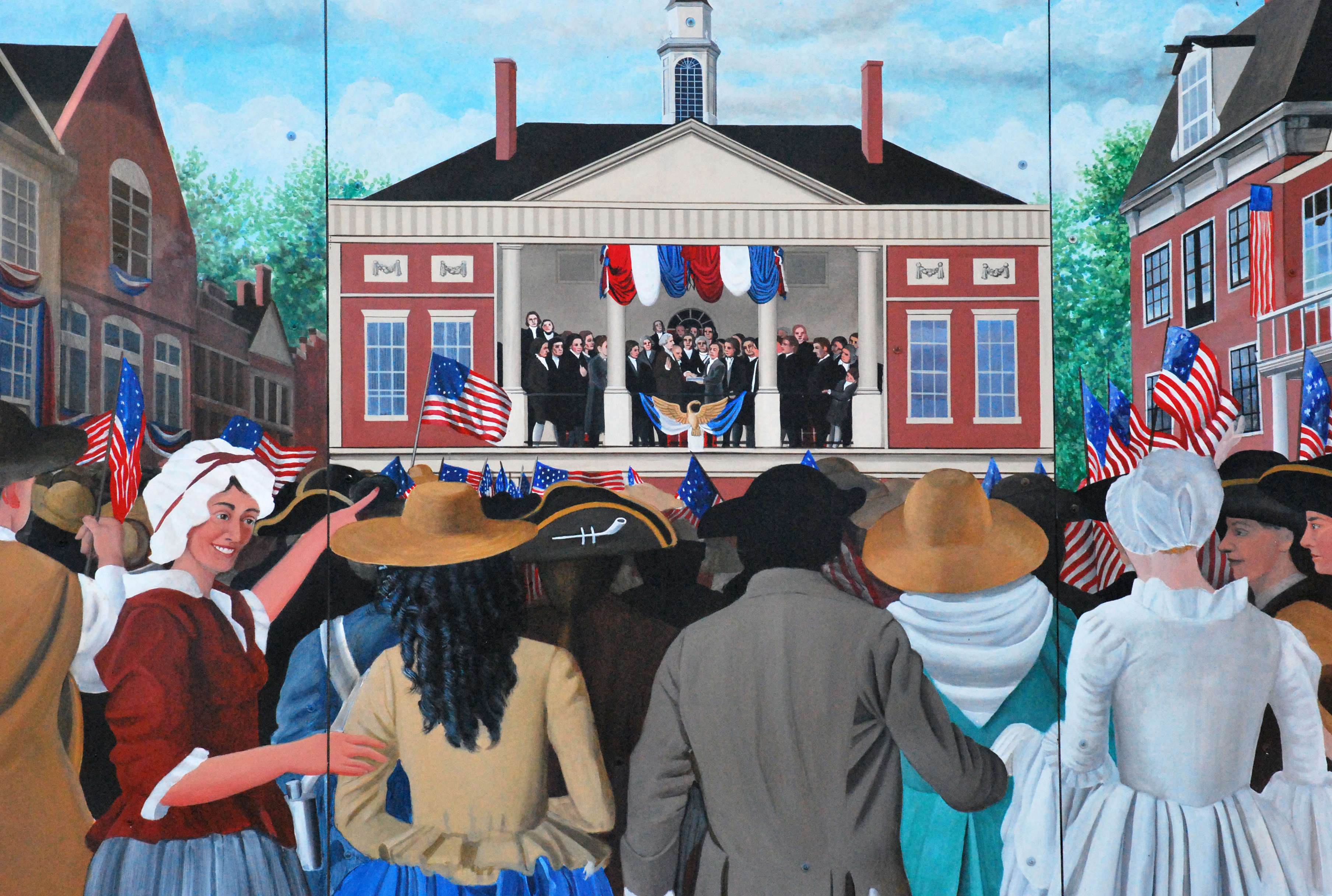 Torpedo Factory artist Christopher Erney gave a behind-the-scenes look at the creation of the George Washington Mural Tuesday night as part of a salon-style discussion series presented by the Morrison House Hotel and the Torpedo Factory Art Center.

Speaking to an overflow crowd in the Morrison House parlor, Erney gave insight into how he tackled the 1,200-foot-long and 10-foot high mural the longest of its kind in the United States and wasnt afraid to address the controversy surrounding the project.

Im a sculptor, not a painter, so I asked a friend of mine to help out, Erney said. Its difficult enough to make a living as an artist yet I was criticized repeatedly by the media for taking on the project.

The controversy was the result of the project being funded by the Mirant Corporation, which had replaced an eyesore of a chain-link fence with cedar and saw blank canvas as an opportunity to beautify the bike path.

The facility has been there since 1949, Erney pointed out. I know how people feel about Mirant and I want clean air, too but they were only trying to be a good neighbor and spruce up the area.

Located along the bike path in North Old Town and spanning the equivalent of four football fields, the project took 40 months to complete and more than 18,000 man hours.  Erneys friend and Trompe Loeil artist Patrick Kirwin helped coordinate 14 visiting artists from around the world who came to work on the project.

We were given the task to create something related to Alexandria, Erney explained.  Despite being named the Mount Vernon trail, there was no George Washington focal point so we started with a young George Washington and began researching significant sites related to his life.

There are a dozen sites depicted in the final mural, and all but one are within a days drive of Alexandria.

The curator at Mount Vernon, the folks at the Masonic Memorial and the citys historians all worked with me to tell a historically accurate story of Washington, said Erney, who set out to design a mural that includes as much of the local history and community as possible in telling the life of Washington. We spent a lot of time studying the details of sites around town related to him like Gadsbys Tavern and Christ Church.

Erney was unable to put a price tag on the total cost of the mural since many of the materials were donated.

But I did calculate that we used $35,000 worth of acrylic paint, he explained. We went through 98 paintbrushes and used 1.5 tons of plastic and 15,000 pieces of hardware by the time we were finished.

While the projects beginnings were surrounded by heated controversy, Erney said he has been encouraged by the response of people who have seen the finished mural.

Its all been positive now that its over, Erney said. Our intent was to get people excited about Alexandria and in the end it seems to have accomplished that.