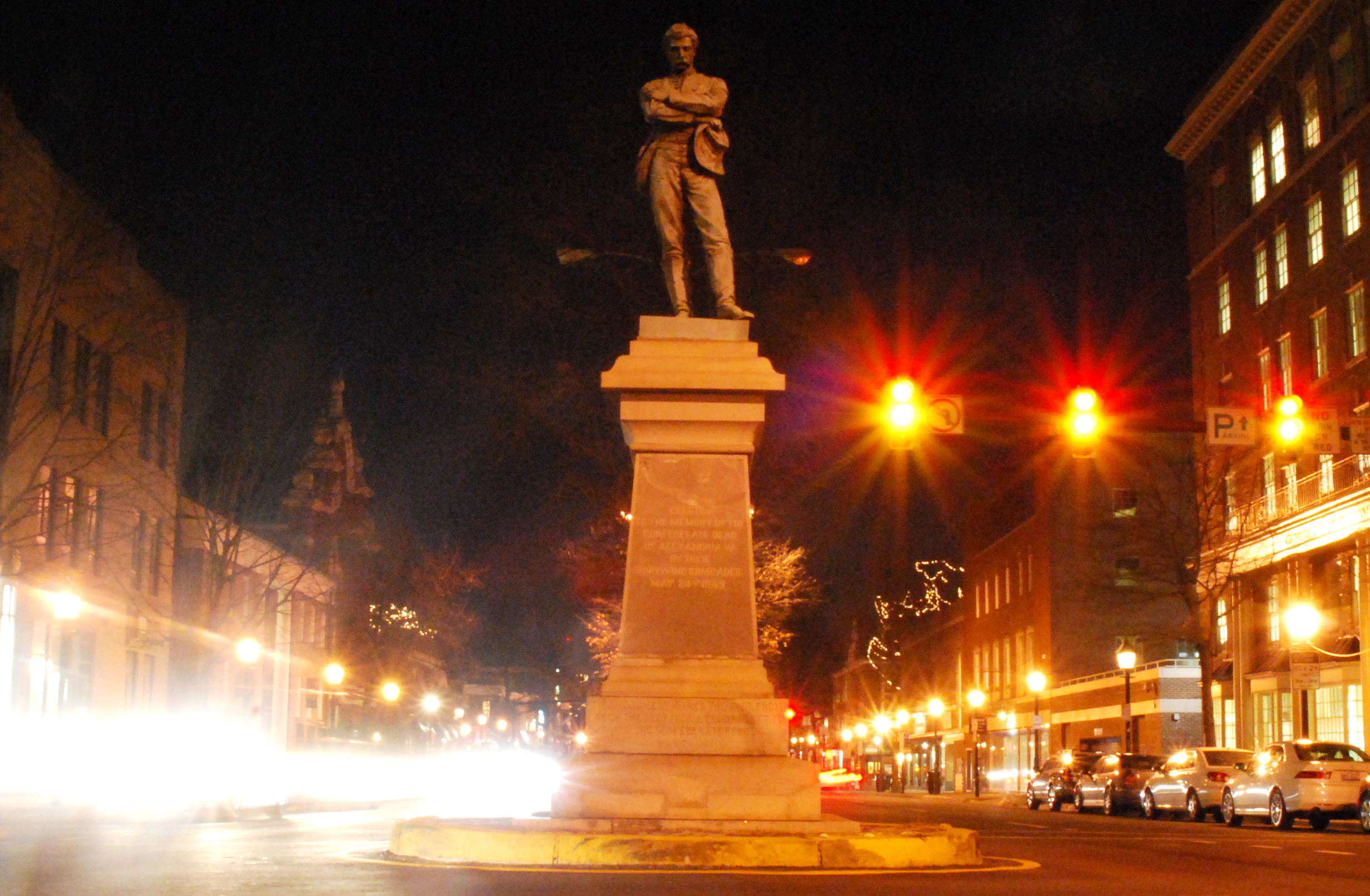 Celebrating the birthday of civil rights icon Dr. Martin Luther King Jr. is a revered tradition across the country, but in Alexandria King shares that spotlight with Robert E. Lee, the Confederate general who grew up in the city and defended the antithesis of what King fought for a century later equality between blacks, whites and humans in general.

Yet the two contradicting figures literally shared their holidays in Virginia between 1984 and 2000 when the state combined Martin Luther King Jr. Day with its state celebration of Lee. For those 16 years Virginia celebrated Lee-Jackson-King Day, combining two white Confederate generals (including Thomas “Stonewall” Jackson) and a black civil rights activist to arrive at a seemingly incongruous holiday.

It’s indicative of Alexandria’s historic evolution, though, and brings to the forefront a crossroads of history and politics.

The 1971 T.C. Williams High School football team, for instance, won a championship six years after the school’s founding and not long after the integration of the public schools in 1959 yet the school is named after a segregationist. Flying Confederate flags to honor Lee days before President Barack Obama’s inauguration was an issue last year and some residents think the statue of an unnamed Confederate soldier on Washington Street sends the wrong message.

“We have this diverse background of historical people who lived in the city … and yet some people don’t want to face it, talk about it or realize that the fabric of our community is made up of bright thread and dark thread,” said Wally Owen, Assistant Director Curator at Fort Ward and a native Alexandrian who played on the famed Titans football team.

Can people separate Lee as a person from his decision to head the Army of Northern Virginia in its fight for the South and that “peculiar institution” of slavery that comes with it? He is revered in southern states for his military genius and chivalry, though he made the conscious decision to fight against the Union Army rather than join it.

“I don’t think of [King and Lee] in the same sentence,” said Jim Henson of the Departmental Progressive Club, an organization founded 82 years ago by seven black federal government workers to encourage fellowship and the welfare of Alexandrians of all races. “But when I do a separate reading or separate thinking about Dr. King, I reach certain conclusions, and when I switch over to Robert E. Lee, I’m not filled with hate for him.

“It’s very controversial … because some people have already formed their perceptions of both King and Lee and whatever you say they’re going to compare it with their perceptions, and some are hastily formed, not having read about both men.”

The diversity of Alexandria’s residents and its current character intersect with its significant history honorable and deplorable alike. The Franklin and Armfield Slave Office, which once headquartered the largest domestic slave trade operation in the country on Duke Street, is now the Freedom House Museum, an educational tool on the slave trade and a memorial to those who passed through it.

Former slaves, known as “contrabands” back then, helped lay the groundwork for Fort Ward when it was built to protect Washington. Today the fort acts as a park and museum involved in uncovering the graves of a black community that lived there the first real community of the city’s West End, Owen said, and a reminder of the city’s assorted yet circular history.

“We’ve got this full circle, essentially, in that the Emancipation Proclamation freed the slaves and … at one of the very forts that protected Washington, an African American community comes up, is developed and helps support the local economy,” Owen said.

Perhaps most symbolic of the city’s weaving history is embodied in Appomattox, the name of the Confederate statue on Washington Street.

There, the figure faces south not north, in defense mourning the soldiers killed under Lee’s command, making it unlike most Confederate effigies throughout the South. Nor does the unnamed soldier have a weapon, horse or any other war essentials just a hat at his side.

“The Appomattox statue was done in the 1880s so it was this era when people were trying to bind the wounds and get back together and the symbolism that’s in that artwork is all about reconciliation, and yet today, you have these different views,” Owen said.

Carlton Funn, chairman of the Alexandria Society for the Preservation of Black Heritage, has been creating museum exhibits for more than 50 years. He makes no bones about Lee’s significance to history but also does not view him as a celebratory figure.

The 77-year-old holds tightly a textbook from his years at Lyles-Crouch elementary school to remind him of why he does the work he does. The only black American mentioned in Virginia History, Government and Geography was George Washington Carver, he said.

“I can see [Lee] in an historical light but I’m going to tell the truth,” Funn said. “I’m going to tell his life like he lived. He led the army and we know what that means about his choices.

“T.C. Williams was racist. And many, many people in Alexandria have told the truth about him black and white. So the only thing I’m saying is, history is the truth. You’re not going to make it seem beautiful.”