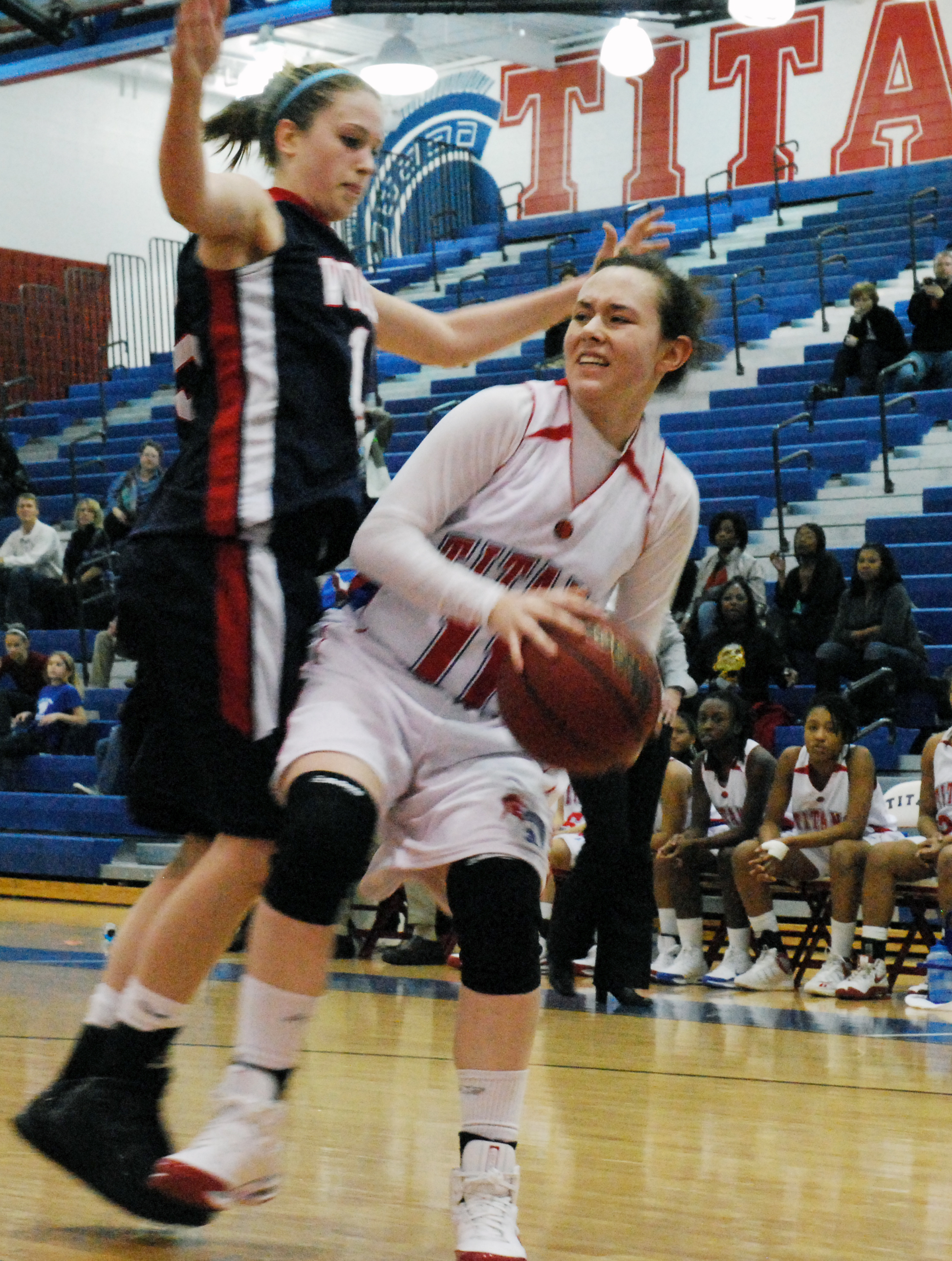 Free-throw shooting may be about as old-fashioned and fundamental as basketball gets but, as W.T. Woodson proved Saturday night at T.C. Williams, it remains a timeless accessory when crafting a stylish comeback.

The Cavaliers steadily erased the hosts’ eight-point halftime lead while the clock was stopped, starting the second half a perfect 10-for-10 from the foul line. They did not miss a foul shot until the game’s final minute, when they held a seven-point lead of their own, fending off the Titans for a 52-46 Patriot District victory.

Despite putting together one of their best starts of the season with an 8-0 lead halfway through the first quarter and a 25-17 advantage at intermission, the Titans (3-8) were unable to maintain that pace through the final whistle.

“I think we mentally broke down [late in the game],” said T.C. head coach Cavanaugh Hagen, whose team never trailed during the first three periods. “We played a very good first half and then went back to our old ways of one shot and watching it, not boxing out, not crashing the boards.”

“We got in foul trouble pretty early and they knocked down a ridiculous number of foul shots,” she said.

Woodson (8-4) cut the Titan lead to just one point when Courtney Bouchard sank a 3-pointer from the right-hand corner with just five seconds left in the third quarter, feeding off of the play of 6-foot-2 senior center Christiane Murray throughout the final frame.

Murray, who finished with a game-high 15 points but just three field goals, scored the go-ahead basket for the Cavaliers with 4:54 remaining and added another six points before fouling out with 35.6 seconds to play.

Woodson head coach Pat Neri said “maintaining our composure, finally running through our offense and getting the ball inside, taking advantage of our post player” were all keys to the comeback.

“When we were finally able to run the offense and I credit T.C. Williams for making it very difficult we got the ball inside and were able to get to the foul line … so that made a big difference,” he said.

T.C. junior guard Rainie Summa (eight points) said that playing a second game in as many nights did not factor into the Titans’ second-half let-down they simply could not keep up with their opponent.

The visitors outscored the Titans 35-21 in the last two quarters, including a 13-3 run in the fourth that saw the Cavaliers pull even, take the lead and push it to eight points with less than a minute to go.

“I just think our intensity dropped too much to win against a team that’s used to winning,” Hagen said. “They have some really good players and that should have been a statement, at least for our district, to win that game so people can realize that we’re starting to click.”

Junior point guard Sade’ Barber provided a spark off of the bench for the Titans, scoring a team-high 14 points, while Jasmine Norman led the T.C. starters with 11 points.