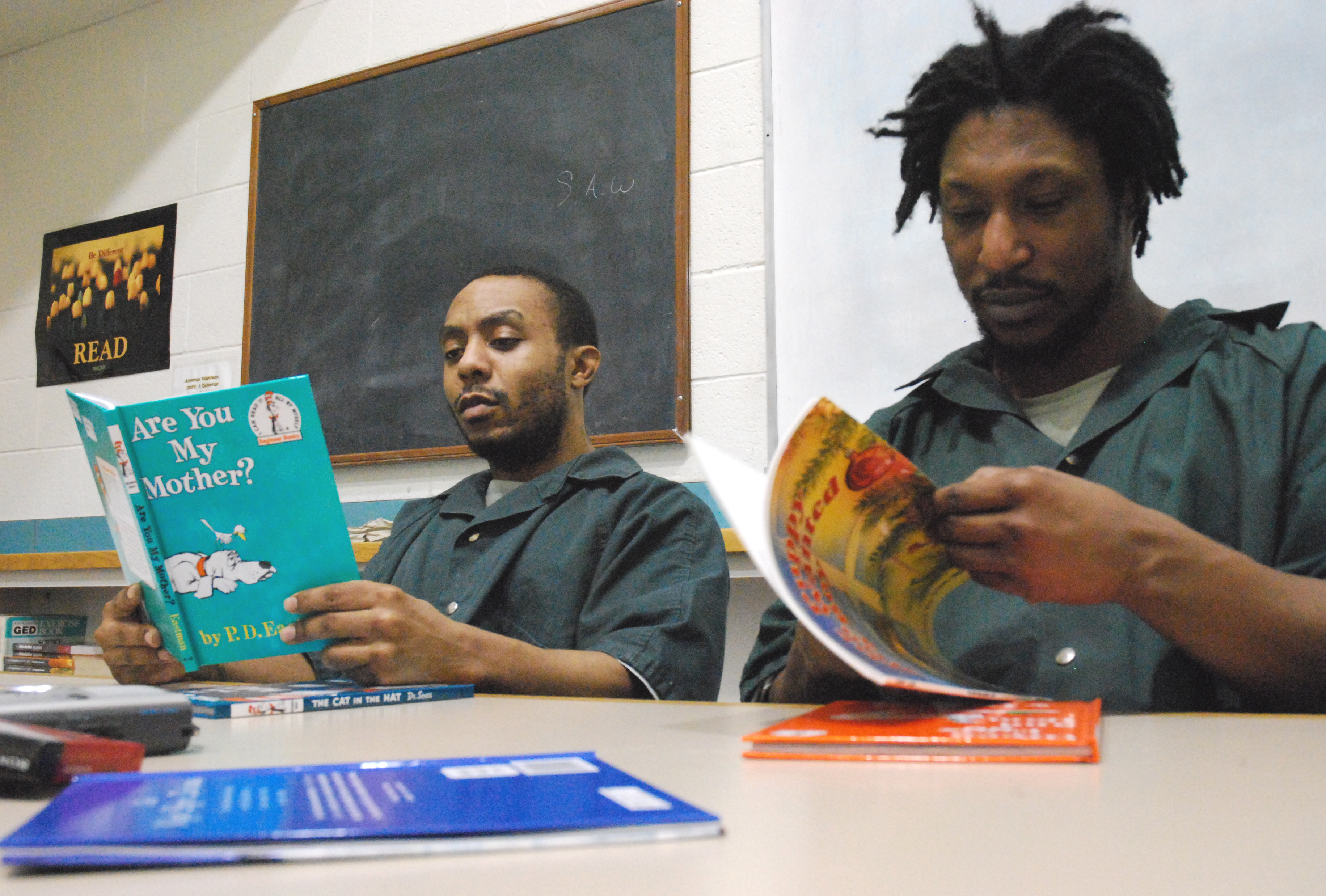 It was right around Christmas when Daniel Gladney said his youngest son heard him reading a book in another room. Totally surprised, he searched the house, thinking Dad was home, but Dad was nowhere to be found.

Dad was miles away, still in jail.

And yet, his son’s ears didn’t betray him completely. Gladney was in fact reading a book for his children one of the Little Bear series of books that he recorded inside the Alexandria Detention Center as part of a program gaining traction among inmates with small children.

Since August, nearly 60 prisoners have recorded and sent books to their young ones. For those inmates who were already in the Alexandria jail before last fall, the program’s emergence was uplifting to say the least.

“I called my granddaughter and she was so excited, she said she took it to class for story time,” said Joy Jackson, 41, who sent a book to her 6-year-old granddaughter in Florida. It was the first thing Jackson had been able to do for her in nearly 20 months.

“She said, “This is my grand-mommy and she’s locked up, and I want you all to hear her read a book to me,'” Jackson said. “It was overwhelming for me and very exciting.

“I had a great relationship with her. We’re very, very close, we write each other all the time, but it’s a difference when they can actually hear your voice.”

Classification counselors Henry Young and Cindy Kapetanis, who run the program for the men and women, respectively, said the detention center provides the books, the tapes and the mailing materials. The inmates provide the real personalized touch, the voice.

“For me, reading has been one of the main emphases in my children’s life,” said inmate DeAndre Blunt, 28, father of twin 5-year-old girls. “So by me being able to send a tape with my voice and a book, it reinforces what I’ve been trying to hit home with them since they were two.”

And for some children, the surprise gift of the book and book on tape was doubled when they realized the narrator wasn’t a run-of-the-mill hired voice.

“They were just totally shocked, surprised,” Blunt said. “We had a history, before I got locked up, of me reading to them before they went to bed. Every night, both of them had to have a book read to them … these were like my best memories with them.”

Wenona White, 37, who hasn’t seen her daughters since beginning her sentence in September, had a similar experience with the copy of The Night Before Christmas she sent them in December.

“I guess they started reading the book, which was a puzzle, but they didn’t know that the tape was actually me reading to them,” said White.

For Gladney, separated from his five children for at least another seven years, he said, recording and sending the books let him join his family for the holidays.

“It felt special, like I was still able to do something for them in spite of the situation I’m in,” he said. “It made me feel good, like I still participated in Christmas.”

“This is really as close as they can get to their family members, because they can’t touch them, [families] can’t send anything in except for letters,” Kapetanis said.

The majority of the books were donated from community members as ordinary as shoppers at Books-A-Million and as notable as former pro athletes.

“Ken Harvey, the former Washington Redskin, he donated a bunch of books as well … so they’ve been coming in steady,” Young said of Harvey, who visited the jail for an event in November and also writes children’s books.

As long as the books are there, the program will surely continue to leave its mark on those behind bars and their family members outside.

“For me probably not for them I know this will be a memory that will carry on throughout their lives, as opposed to those old bikes they won’t ride any more, those toys or a little guitar,” Blunt said. “But the book and the tape, that will stick.”