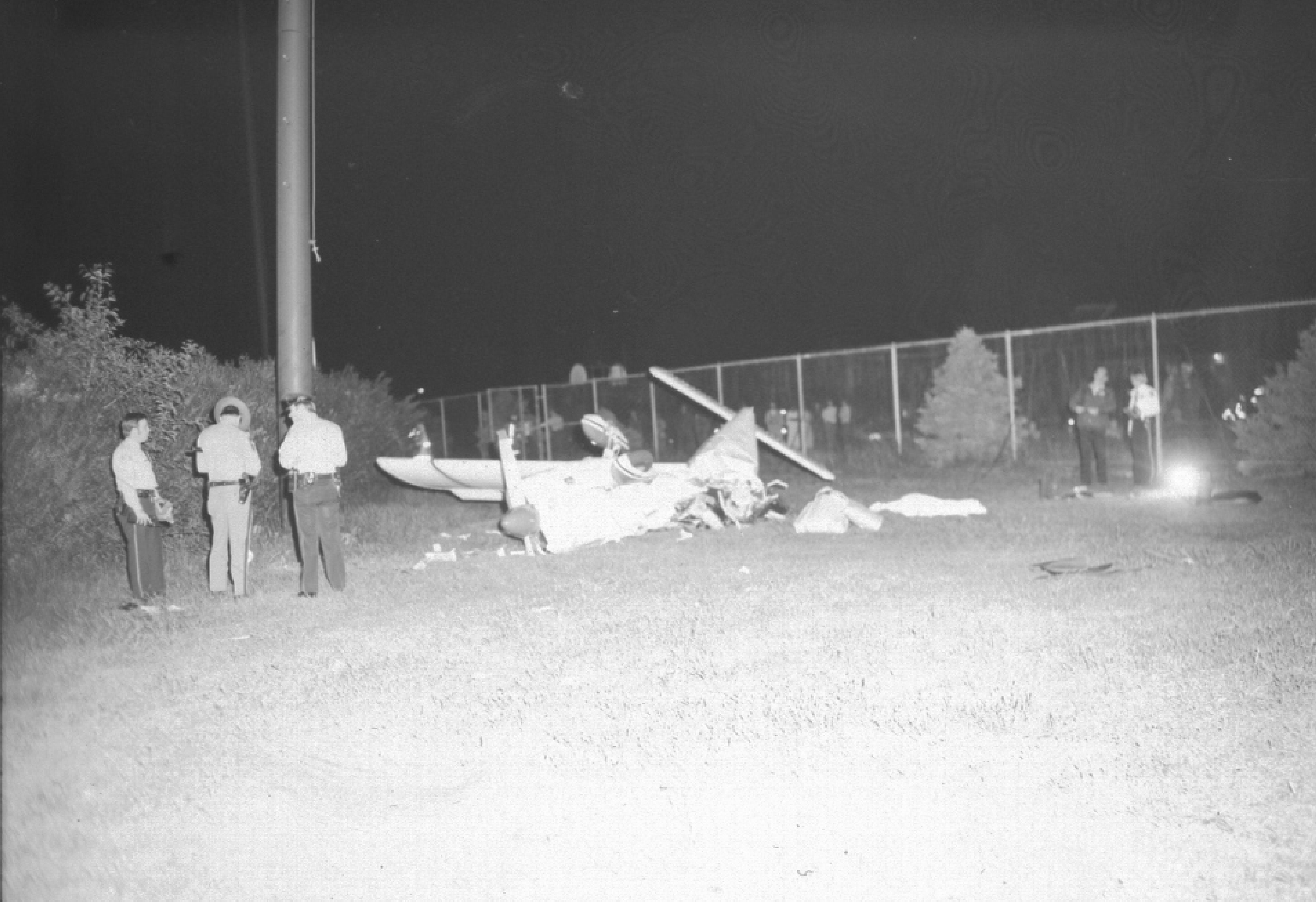 Before National Airport opened in 1941, several airfields operated around Alexandria, like Beacon Field along Route 1, just south of the city limits, and a strip at Donaldsons Corner near the intersection of King Street and Quaker Lane. Crashes occasionally occurred in what were mostly rural areas outside Alexandria, but within the first decade of Nationals opening, a large commercial crash impacted the Alexandria community.

On November 1, 1949, Eastern Air Lines flight 537 en route to National collided with a plane being test-flown for the Bolivian government, sending both planes down along the banks of the Potomac just south of the airport, with some wreckage falling at Potomac Yard. All 55 passengers and crew of the Eastern flight were killed, and the Alexandria Armory served as a temporary morgue. The lone survivor, the pilot of the other plane, was taken to Alexandria Hospital where he recovered. At the time, it was the worst commercial crash in U.S. history.

At least one small plane actually crashed in Alexandria, as this photograph of the initial investigation shows. On May 12, 1977, the pilot of a single-engine plane received permission from air traffic controllers at National to land there but his plane crashed at Simpson Field, about five miles south of the airport. The pilots only passenger his own wife was killed after the plane ran out of gas, struck a light tower over the baseball field and crashed into the grass. The pilot was treated at Alexandria Hospital and later recovered.

-Out of the Attic is provided by the Office of Historic