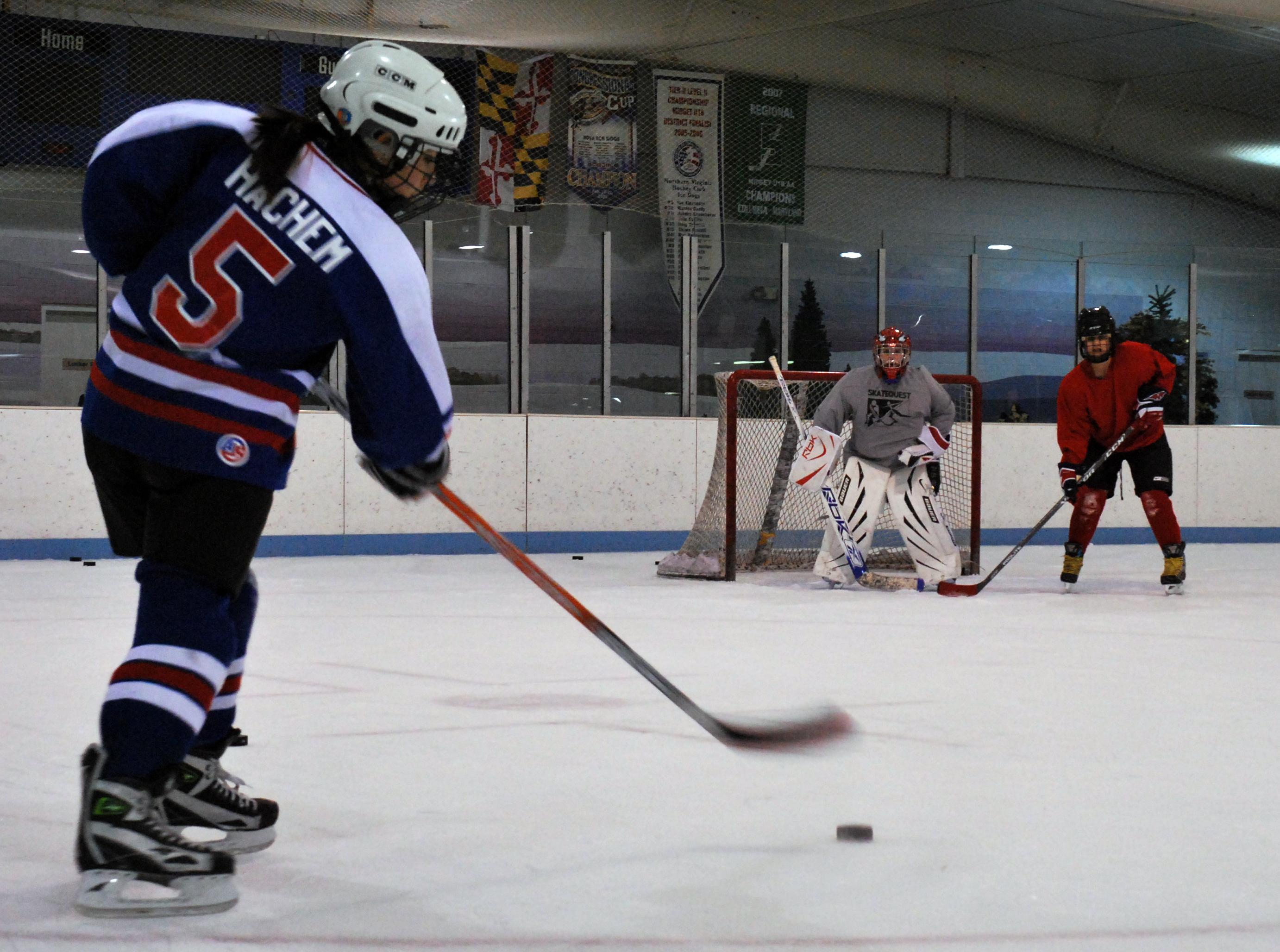 The locker rooms at the Tucker Road ice rink in Oxon Hill were cold enough Monday night that the girls suited up in the lobby. The boys, on the other hand, chose to brave the cold.

No, this practice was not to be confused with one at Arlingtons Kettler Iceplex, which the teams share with the Washington Capitals. There would be no Alexander Ovechkin sightings on this night. No autographs to take home. Just cold, unglamorous practice.

Such is a day in the life of a T.C. Williams ice hockey player.

Yet, despite the occasional lop-sided score line, the seemingly endless travel around the region or, on nights like Monday, frigid locker rooms that leave winter clothes icy cold for the ride home, it seems that there isnt much that gets the Titan hockey players down.

The students of the T.C. ice hockey teams are there because they want to be, even if it means they are still picking up the basics of working with a stick and puck and are often greeted with little fanfare at school.

Ive always liked hockey I grew up watching the Capitals so I figured Id try playing it, said Devin Trout, a junior who is in his first season on the boys team. Like several teammates, he set out with very limited experience on ice skates and even less playing hockey.

The boys top goaltender, sophomore Grant Stewart, had never given ice hockey a thought before a friend approached him about playing last year. After picking up gear on Craigslist and facing some shots, hockey quickly became a new favorite sport. Stewart beamed with excitement talking about his impromptu, humbling introduction to the game.

At first it was a pretty rough start playing goalie because I took a lot of shots, but I looked at my stats after my first year and I had stopped a lot of shots too, he said. And the thing I liked was I held them I was amazed at how much fun it was.

The hockey program is a club sport more independent from the school system that groups together students of all skill levels. Ben Bilodeau, another junior and a hockey fan, had played for about six years before coming to T.C. as a freshman, putting him ahead of the curve as an underclassman.

Its tough, Bilodeau said of staying patient while less experienced teammates learn the game, but youve just got to help them through it because if they get better, then the whole team gets better and it helps everybody.

That patience has already paid dividends. After a winless season a year ago, the Titan boys have a wild 8-5 win to their credit through their first two games.

We got eight goals in our win this year and I think in the five games after I came on last year we had about seven, said head coach Matt Seney, hinting at the emergence of a large junior class that has improved since last year. Really, were bigger, stronger, faster and the kids just playing together for that extra year, I think adds up on the ice.

The girls team, still searching for its first win this year, are peerless in Virginia. While the boys compete in the Northern Virginia Scholastic Hockey League, the girls, the only public school team in the state, have to play in a Maryland league. There is an upside: Theyre the de facto Virginia state champs not bad for a group that didnt grow up playing hockey.

While many came to the sport from a background in figure skating, even that can pose problems.

The toe-pick is there and the [figure-skating] blade is longer, but the hockey blade is rounder, with a shorter blade, said senior right wing Courtney Honeycutt. Ive always figure skated so I got on the ice with hockey skates and I was like, uh

Fellow senior Christine Hachem, a second-year defender, joined in similar fashion. I was skating before, just figure skating, and my friend, whos one of the captains, said they needed another skater so I tried out and made the team, she said.

And while the ice hockey program has given players the sense of camaraderie they sought, its also helped elevate the sports position within the school community.

I think at our school its become more noticeable, Siegl said. When I first started in ninth grade, like nobody knew about it it wasnt even that new but no one talked about girls hockey.

Indeed, the program has come quite a ways since the boys team was born a little more than 10 years ago.

When we first started, I was coming up to high school with a couple buddies that I played travel hockey with and the six or seven of us thought we should start a team, said Louis Smith, a 2002 T.C. grad and one of the teams founders. We just wanted to play varsity hockey in high school.
Collaborating with parents and putting together fundraising campaigns, Smith and his teammates got the club off of the ground in 1999.

People were not aware of hockey at all back then. Not at all, Smith said. It was kind of hard for people at the school to come out and support us because we started playing out in Prince William County but by the end of my senior year, when we played St. Stephens, it was incredible. We had a whole bunch of fans there.

Now, coaches and players also recognize how the recent success of the NHLs Washington Capitals, led by Ovechkin, has boosted the sports visibility and turned many into die-hard Caps fans.

And, yes, the teams share a practice facility a few times each month, meaning the Titans sometimes rub elbows with the pros.

Last year [at Kettler] we were all changing and a couple of girls went outside to get their bags when all of a sudden the whole Capitals team came, so they got autographs and pictures and came running in screaming Oh my gosh, look! Hachem said.

Autographs or no autographs, they still play.