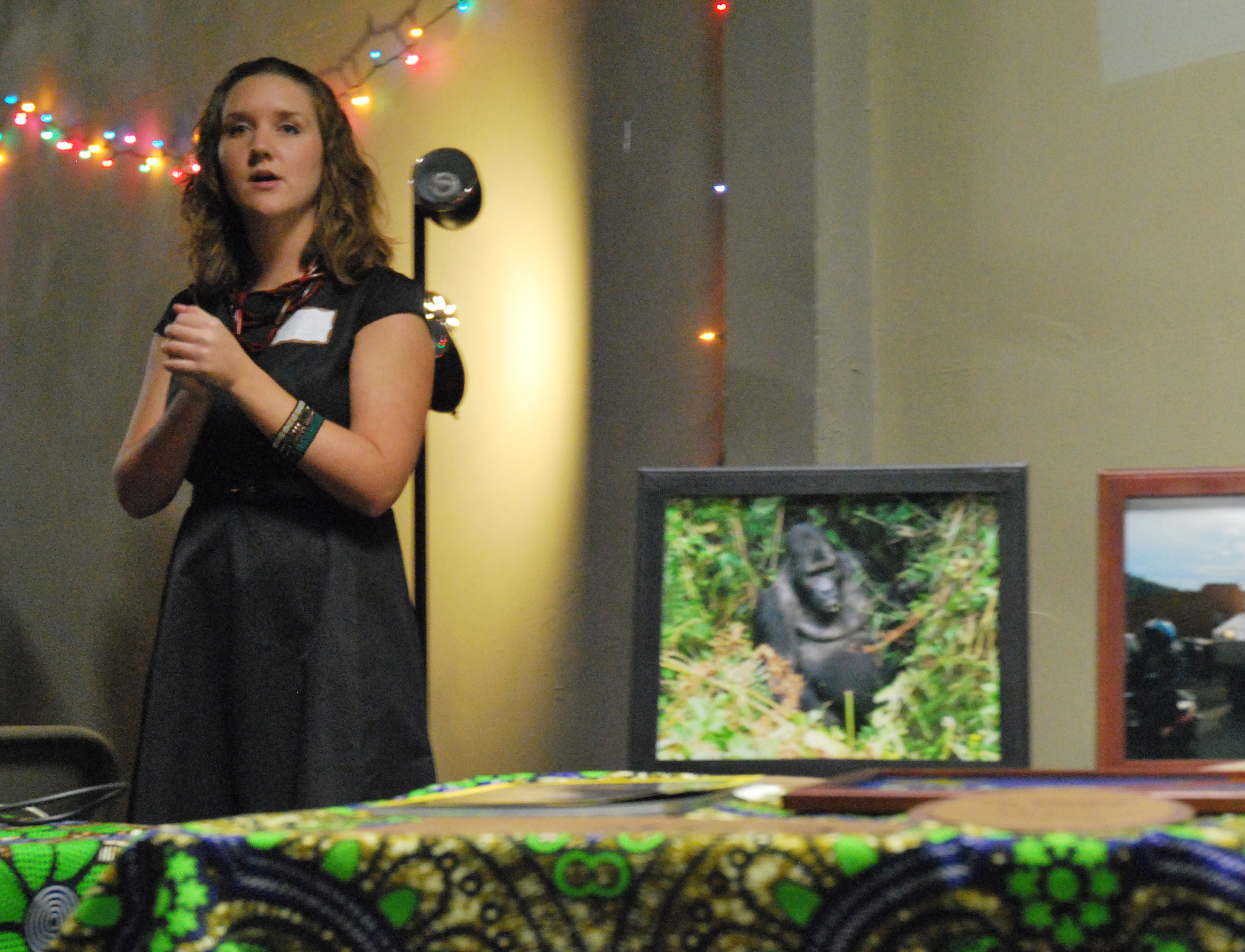 Having begun her third year of teaching in Africa this fall, Sara Rich was ready for a change in scenery. She had decided to trade the shores of the Congo River in Kinshasa to teach and live near the Copacabana in Rio de Janeiro.

Today, the plan is far different.

A trip she took from Kinshasa to Goma, a provincial capital in the eastern reaches of the Democratic Republic of the Congo where two-thirds of children dont have access to basic education, completely changed Richs vision of her future. By October, she was explaining the new adventure to her family in Alexandria.

Yes, Rio was out and eastern Congo or as she put it, the heart of chaos and crisis was in.

When she got down to it, the thought of being in Brazil just didnt thrill me but, man, when I went out to Goma I realized I could learn some great stuff, said Rich, a 25-year-old T.C. Williams graduate.

I always sort of envisioned myself as bursting into tears at a refugee camp, she said of the Goma school visit that sealed the deal for her, but the kids are the same as anywhere else theyre picking their nose, theyre being naughty and it turned into a this is where I want to be kind of moment.

Eager to remain abroad but teach in a local setting rather than the American School of Kinshasa where shell remain until June, Rich is setting out to build a teacher outreach program in Goma that improves local teachers access to the latest trends in education.

Explaining her plan in an interview Monday, there was no mistaking that Rich has no shortage of passion when it comes to teaching or her new project.

The fact that her new destination, war-torn for several years and once overrun with refugees from the Rwandan genocide of 1994, is a far cry from the streets of Alexandria or even Kinshasa is the least of her concerns.

The only thing that Im worried about is that I am taking a huge leap of faith, she said. I chose to not sign a new contract with another international school and no one is paying me to do this so my main fear is that if I dont raise enough money I cant stay as long as I want.

That fundraising effort began Tuesday night in Del Ray where Rich presented her idea to dozens of Alexandrians. According to her own calculations, Rich would need about $23,000, or about $60 a day, to sustain both her and her program for a full year in Goma.

Looking to start in August, she has little time to waste and has no intention of doing so.

Its better to just go for it and dive in than not try it at all, she said.

Rich had barely concluded her presentation before she was praised for her ambitious vision.

We need that, said Murutamanga Kabahita, a teacher at the Potomac School in McLean and director of Projet Lyce Amani, another educational program in Goma. The company shes going to bring is critical. We really need that not to bring ideas but to share ideas.

Kabahita, born and raised in the area surrounding Goma, said any help is good help because there is nowhere near enough training or resources for local teachers in Congo.

Its important because, first of all, the country is a big mess. The country has been troubled since the ruling regime changed more than a decade ago, Kabahita said. It would take a lot to bring the wealth and everything to serve the people, so any volunteers, any people who can go and help, make a difference.

Its extremely important, what shes doing, and she should be a role model for young people looking to do something meaningful with their lives, Schneidman said.
And, by most accounts, Richs path is a rarity.

Its more like missionary work, said B.J. Dauro while admiring some of Richs photography Tuesday night. You have to be a special person to do that and at her age. Most 25-year-olds want to be out buying fashion or decorating an apartment but shes sacrificing her life for this work.

Ann McClung, who, along with Richs mother, visited her in the Congo last March, thinks Sara is just the right person for the job.

Shes a dynamo, said McClung, If anybody can get it started, she can.