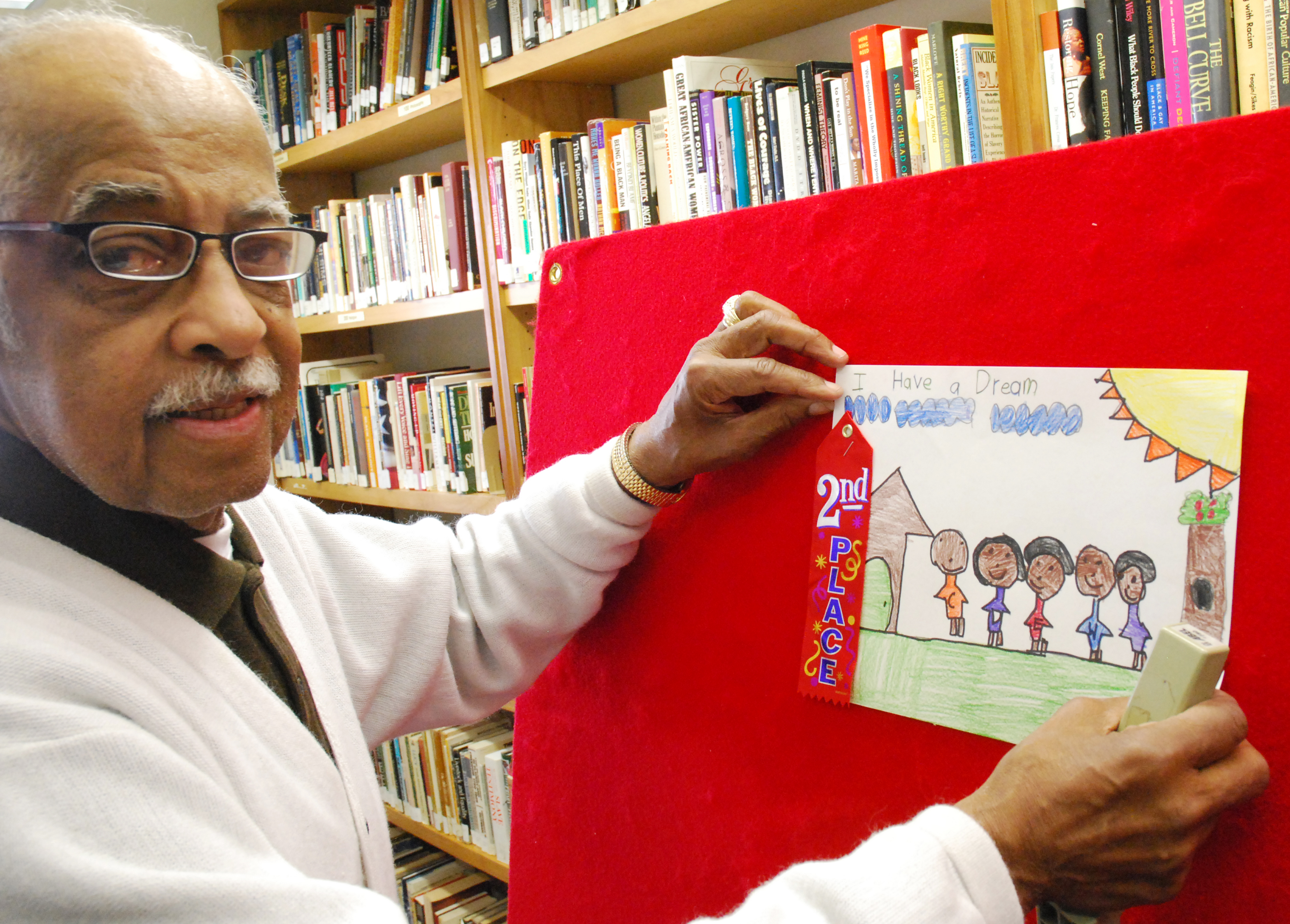 In no uncertain terms, Dr. Martin Luther King Jr., through his words, deeds and legacy, has been an inspiration for people around the world. Among Alexandria schoolchildren it’s a relationship that in its most expressive form has existed since 1990 and the birth of the citywide Martin Luther King Jr. Poster Contest.

The works of the contest prize-winners, to be announced Monday afternoon Martin Luther King Jr. Day in the City Council chambers, will hang for all to see in the Vola Lawson Lobby of City Hall through the end of February.

Although there is a new theme every year, the focal point remains King, the reverend, orator and civil rights leader who helped bring about equal rights for Americans of all faces.

In a school system where students are funneled to a high school whose namesake, T.C. Williams, is that of a segregationist superintendent, creating the vibrant and varied artworks inspired by King is an ongoing learning experience for students.

This year’s batch is no exception.

“I learned that he wasn’t famous for just saying, ‘I have a dream,'” said George Mason fifth grader Zachary McEvoy. “I kind of already knew that but I thought it was more important that he changed the world and helped black and white people have equal rights.”

McEvoy said he sampled a bit from his artwork last year, creating a pulsating portrait of King that references the famed speech and his work for peace that helped earn him the 1964 Nobel Peace Prize.

“I thought [what King accomplished] was great because I kind of want to be like him when I grow up and help people,” McEvoy said, thinking of possibilities to better the lives of “homeless people and animals.”

Jefferson-Houston fourth grade student Narisse King said she was really proud of the poster she made this year.

“Freedom is one of the best things that the world can have,” she said. “It’s better to have freedom than be a slave or something.

“I think that he did a very good thing and if he hadn’t done what he did, we probably wouldn’t be like this now.”

“We got to extend our boundaries of what we knew Martin Luther King did for the world,” Narisse said.

It may be an understatement to say that now, with the nation’s first black president entering his second year on the job, is far different from King’s 1960s or even when the contest began just 20 years ago.

Carlton Funn, current chairman of the Alexandria Society for the Preservation of Black Heritage which runs the event with the Alexandria Black History Museum, has never ceased to be amazed by the students’ work.

“The fascinating thing about this is to walk through the Vola Lawson Lobby and you get into the heads of these children, you get to see what’s on the childrens’ minds,” Funn said. “This fascinates me every year.”

Today, each of Alexandria’s 13 public elementary schools are supposed to submit three contestants from each grade for consideration in the citywide competition. Cora Kelly elementary school missed out this year, Funn said, but in years past the judges have deliberated over as many as 195 entries.

Buzzing among his many commitments on Tuesday and Wednesday, Funn, who turns 78 at the end of the month, took time to reflect on how the contest has grown over the years.

“We wanted to make sure that we carried on the thoughts and the life work of Dr. King and we’ve continued it for 20 years,” said Funn, a teacher for 38 years. “It started out that way and each year it has gotten better and better.

“Children can show a lot to you when they present you a picture.”

It’s something the students appreciate as well.

“Art is cool I can express myself better,” Narisse said while explaining her drawing.

George Mason third-grader Ava Lovain said the project was fun and thinks this year’s poster was “probably” her best one yet.

She drew Martin Luther King Jr. and “all the people who wanted him to make a difference then, and then I drew now, today, how black people have equal rights,” Lovain said.

“Only the judges have seen the posters,” Funn said Tuesday afternoon. “All of you need to come to the program on the 18th …  and then you will learn something about these children. I was not a judge, I don’t do the judging, but they all talked about how great they were.”