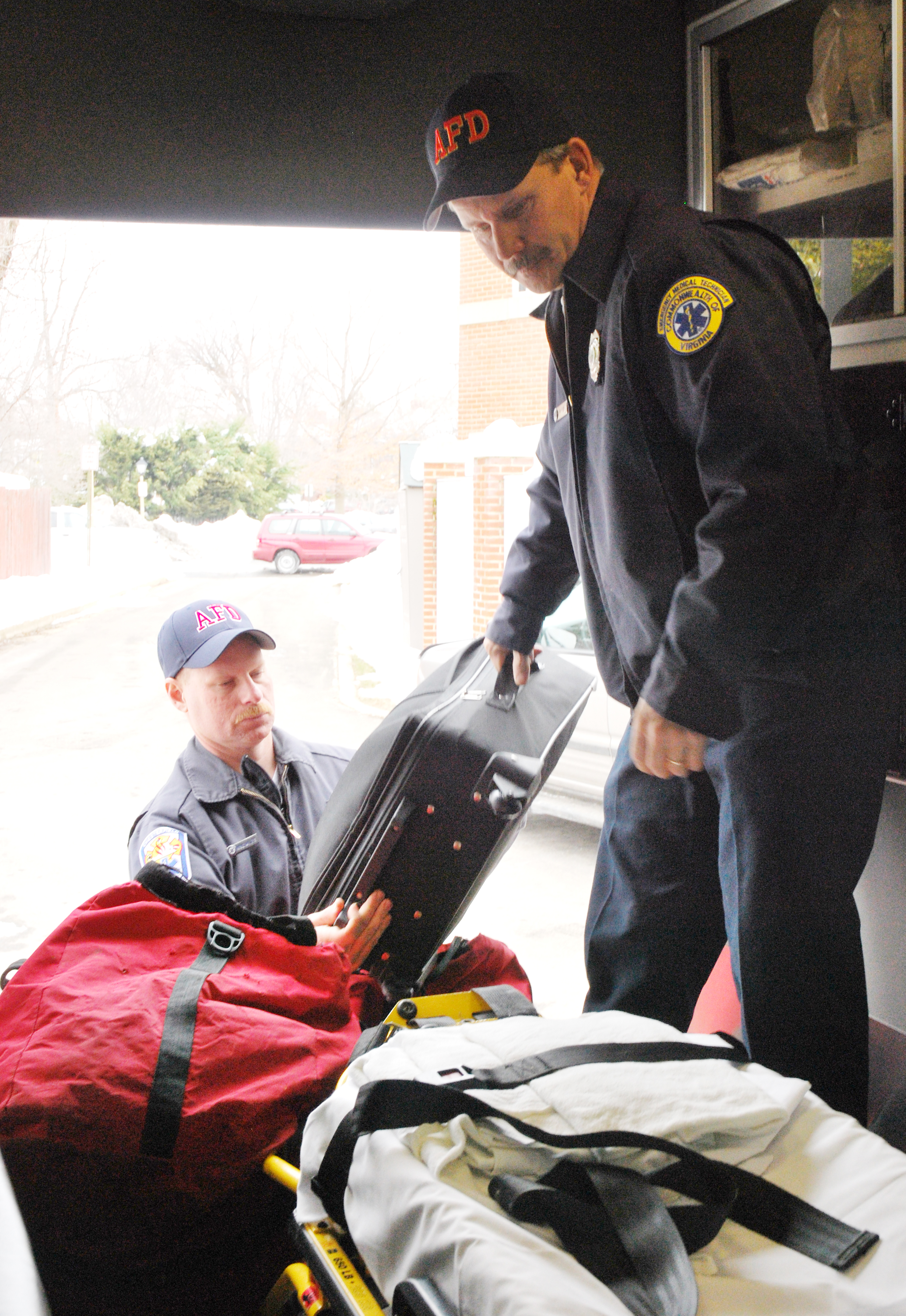 After spending the better part of a week filling out the ranks of Alexandria’s emergency response team, the last contingent of the city’s fire and E.M.S. reinforcements finally got to head home Saturday morning.

Thirty-eight firemen and paramedics from eight jurisdictions around central and southern Virginia answered the call during Alexandria’s state of emergency, arriving between the brace of paralyzing snowstorms on February 5 and 9, according to Capt. Luis Santano of the Alexandria Fire Department.

Working alongside the city’s own emergency personnel, providing crucial extra manpower as well as much-needed relief for drained Alexandria employees, city officials hailed the emergency responders as “an absolute lifesaver.”

“I’m not sure how we could have done it without you and we’re still trying to figure out how to get through the next two days after you’re gone.”

It seems the city did manage to escape the weekend unscathed and without any new snowfall but the new additions quickly realized what they were up against: 40-plus inches of snow in some places in a mere five days.

“They needed the assistance,” said Greg King of the Roanoke County emergency team. “Talking with the guys at the stations, some of the guys had worked several days continuously and they needed a break and we were here to give them some time off, some time away, so they could de-stress and come back to the station somewhat refreshed to keep working.”

The team effort paid off for everyone last Thursday afternoon, when a two-alarm fire broke out in the basement of a townhouse on Bashford Lane, Thiel told members of the City Council Tuesday night in the first public report on Snowmageddon.

On top of successful city efforts to clear fire hydrants and make streets passable, the reinforcements who filled out each fire truck with a fourth set of hands meant several more firefighters than normal were on the scene.

Fire officials said the help was instrumental in containing the fire to the lone unit and limiting damage. The reinforcements’ take? It was an exceptional week in a strange place doing everyday work nothing was mentioned about the two-alarm scare.

There were some reports of residents slipping and injuring themselves on the ice, but for the most part, “everything else was general, normal 911 calls that you would respond to in any town in America on any day,” said Larry Snyder of the Hanover County Fire Department.

The sheer amount of snow, though, was anything but ordinary.

“When I was in elementary school we had a big snow but it was nothing like this,” said 20-year-old Halifax firefighter Devin Griles. “This is crazy.”

The city requested the extra staff from the state’s Emergency Management Assistance Compact after the initial storm hit on February 5.

For many of the reinforcements, there were only a few hours to pack up before heading north to snow-crippled Alexandria.

“I got called at 10 after 5 p.m., Monday, the chief asked if I could come up here,” King said. “I used to live in Springfield and I’m familiar with the area so I guess that’s why he called me.”

The combined forces from the Salem-Roanoke area left at 10 p.m. Monday and arrived around 3 a.m. Tuesday, King said.

“We had basically a three- or four-hour window of when we realized we were going and when we needed to leave the station,” Snyder said.

After five days, the reinforcements had their fill of Alexandria’s snowscape. Asked if he was ready to return home, Snyder’s response was immediate and to the point: “Can’t wait.”