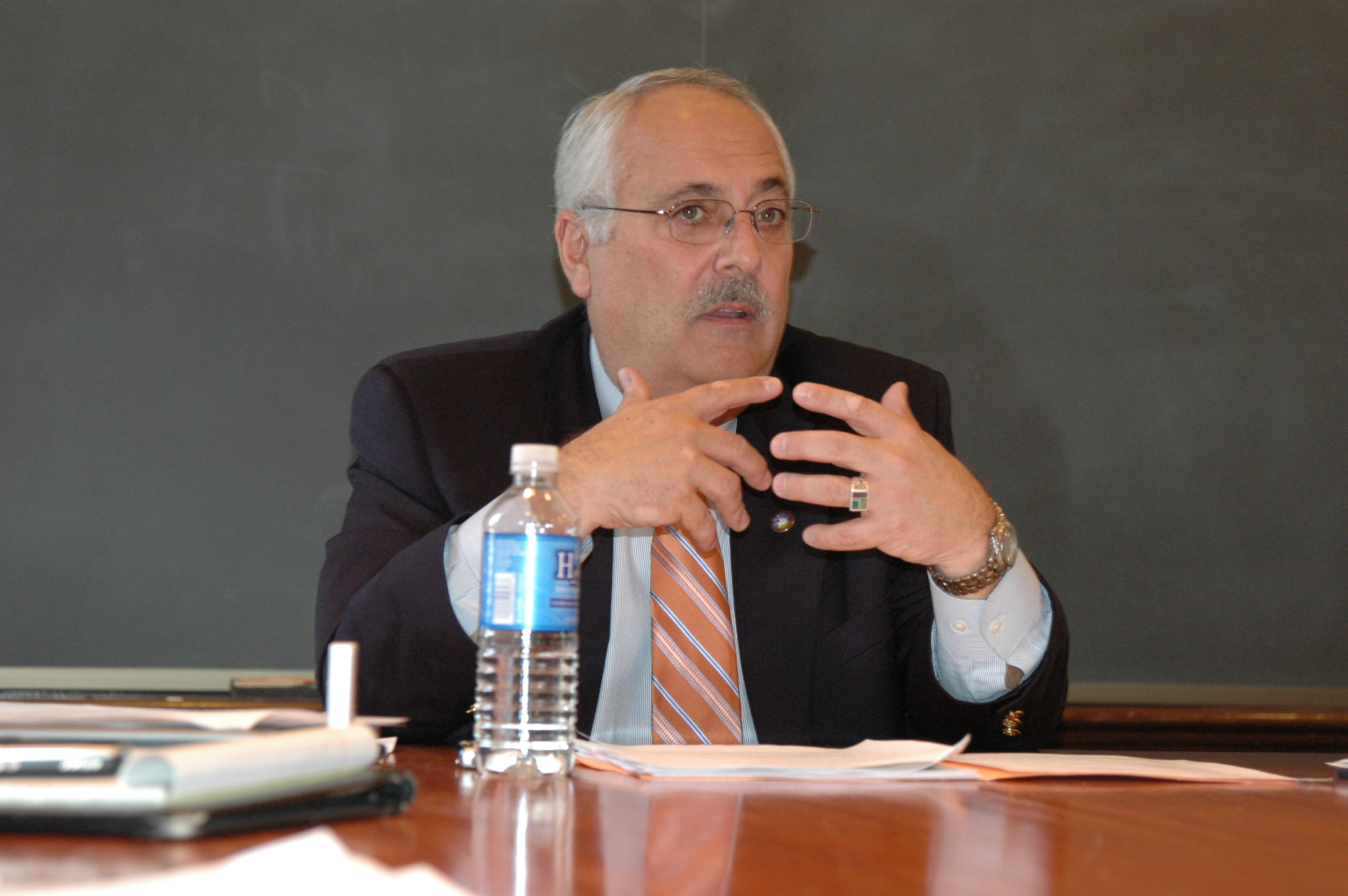 It will take significant property tax hikes, millions of dollars in spending cuts, modest employee compensation and all-around belt-tightening to close the city’s $44 million budget deficit, City Manger Jim Hartmann announced Tuesday when he presented his plan for the next fiscal year to City Council.

Next year’s operating budget, which goes into play July 1, totals $534.1 million about $4 million more than last year’s, mostly due to increased city funding for youth and public education that reflects expected state cuts.

Funding for public education and youth comprised 86 percent of this year’s budgetary increase.

Hartmann and city staff warned that this year may seem tough, but the next three or four years will be just as bad or worse, so planning is paramount.

“We don’t have a non-budget season anymore,” he said. “We are all about making forecasts and adjusting as we have to in order to meet our projections.”

The $44 million deficit results from a projected $21 million decline in revenue this year and $23 million worth of increased costs, according to Hartmann, who’s hefty budget document proposes raising residential property taxes seven cents, from 90.3 to 97.3 cents per $100 of assessed value, increasing the average homeowner’s tax burden by $103 a year.

Property taxes comprise the city government’s largest chunk of revenue each year, accounting for more than half of its total income. The residential hike would produce about half the revenue needed to fill the budget gap, according to the budget document.

But commercial property taxes, the other half of the city’s biggest revenue source, will not be nearly as helpful to city coffers. Commercial property values dropped so much that owners will pay as much as 15 percent less in taxes than they did last year.

“The commercial market is still the largest unknown,” said Cindy Smith-Page, director of real estate assessments. “It went down in 2010 and it’s expected to go down again, and that’s part of the message that the bottom is probably still not here for the commercial market, at least not yet.”

Hartmann also proposed $19 million in spending cuts from virtually every city department, including the police department, but last year’s budget for overall public safety was essentially maintained. The public safety realm received increased funds for a new Department of Emergency Communications, which combines fire and police communication into one organization, as well as more emergency medical staffing and improvements to the fire department’s administrative services.

Economic development, too, remained essentially untouched in an effort to boost revenue. But the Department of Planning and Zoning will lose two positions under the proposal, resulting in only one major small area plan study next year, slowing
redevelopment efforts.

The city manager said he emphasized maintaining the city’s high quality of life when forming the budget with city staff though the city is $19 million short of what it would cost to maintain “business as usual.”

“We know that every budget decision we make has consequences for either service delivery or those people we serve in the community,” he said. “So we tried to be very mindful in this budget about our social safety net and our personnel  and all those things that the community expects and wants from us. I think we’ve done pretty well.”

The city’s workforce will endure what Budget Director Bruce Johnson called “fair but not generous” pay: A third consecutive year without a market rate adjustment worked into their pay, though merit-based step increases have been restored under the proposal. Even that reinstatement is tempered by a new minimum health insurance premium of 13 percent for employees, who would pay $192 to $868 a year more in health care costs under the proposal.

Further, the city cannot afford to give raises to employees being paid below the regional average.

The proposed budget states that 67 full- and part-time positions will be eliminated for more savings, but 50 of those positions are currently vacancies that simply won’t be filled. Seventeen more employees will either retire or transfer and up to 10 could be laid off, according to Johnson.

“We are trying to place every one of those 17 we can [in a position],” he said.
The social safety net budget “for the poor, aged, sick, disadvantaged youth, very young and less fortunate Alexandrians” declines about $0.6 million, according to the budget document.

But additional reductions in state funding to the departments that handle that realm are in the works: $266,000 for the Community Service Board, $256,000 for Health Department programs and $473,000 for Department of Human Services programs.

The budget process is far from over. Tuesday’s proposal marks the beginning of work sessions and public hearings to hammer out a final version by May 2.