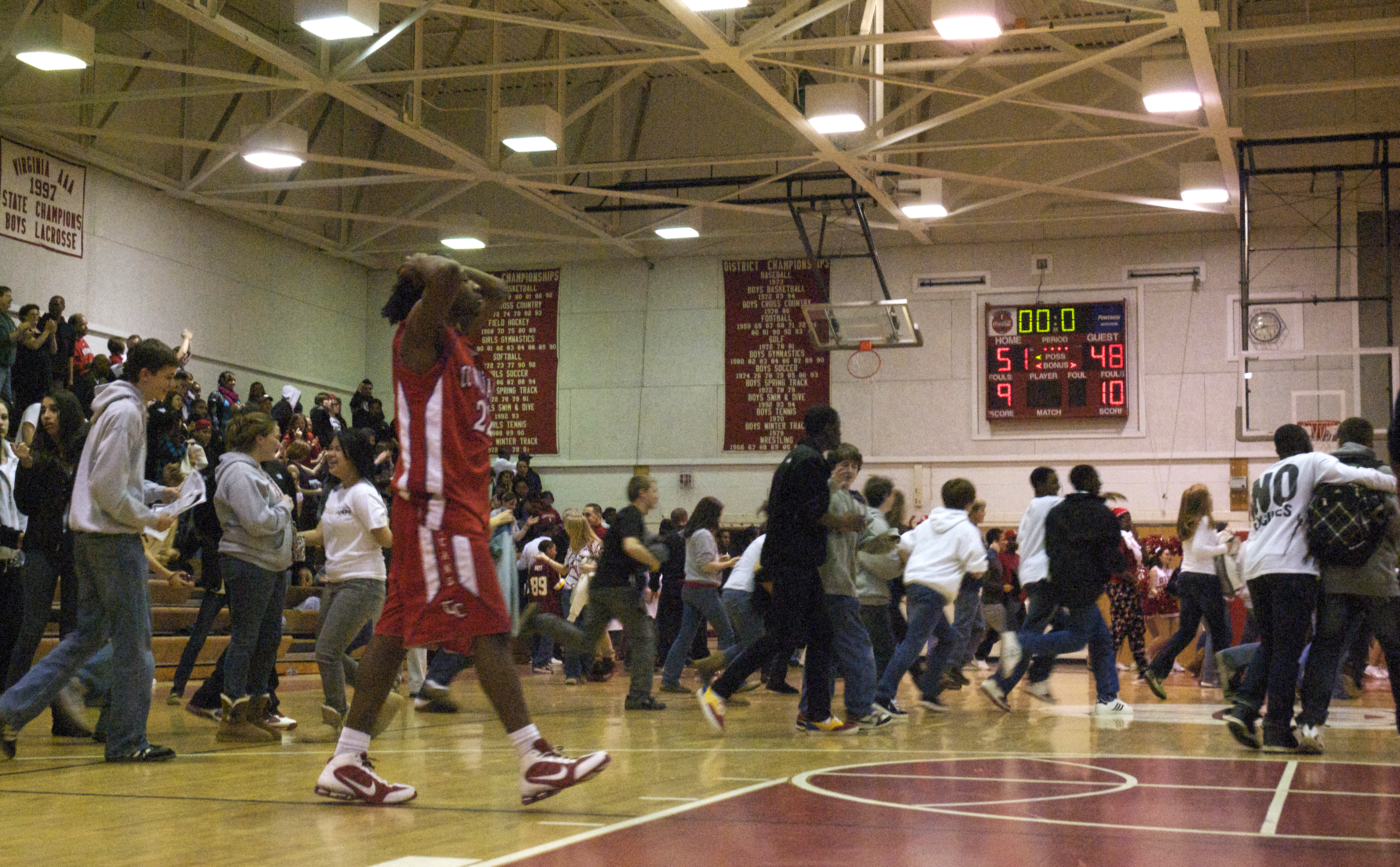 For much of the second half of Friday night’s playoff game in Annandale, T.C. Williams looked like the team it had once been: Gritty, determined and dominant.

The problem, though, was the first half. Missing their focal point, senior guard Ryan Yates sidelined the entire second quarter after picking up two early and questionable fouls the Titans were listless, a shadow of the team that dominated the Patriot District for the better part of the last five years.

What resulted was an Annandale lead that even the Titans’ most inspired half of basketball could not overcome as they fell to the Atoms 51-48 in the first round of the Patriot District tournament.

In postseason play, an opening round loss in the district playoffs is the ultimate season killer; the winner can lose its next game and still advance to the Northern Region tournament, but the loser is done for the year. The Titans’ loss ended a 2-15 season stunted by weather and blighted by an ineligibility scandal earlier this month that erased T.C.’s first 12 wins.

“We’d been through it all,” Yates said after his final game as a Titan. “They tried to take it from us all year from the start and we got to give them our best shot … but it wasn’t good enough.”

Facing an 11-point halftime deficit, the Titans roared back to within two when sophomore forward T.J. Huggins sank a 17-foot jumper to make it 38-36 with just four seconds left in the third quarter.

The Atoms (14-3) countered with a fourth-quarter run of their own to pull ahead 47-38 with three minutes remaining, feeding off of a series of T.C. turnovers, but the four-time defending Patriot District champions were not finished.

A Tayron Chambers 3-pointer with 1:17 to play set the score at 49-46 and brought the Titans to within a basket for the second time in the half. A frantic minute later, Chambers once again found the ball in his hands behind the arc, but was fouled on the attempt with 9.4 seconds left.

The senior sank the second of the three free throws, inching the Titans closer to overtime at 50-48 but the visitors would get no closer.

Daquan Kerman’s last-second effort to tie from nearly 30 feet caromed off the rim, allowing the Annandale fans to storm the court in celebration.

“In the first half, we dug ourselves into a hole and any time you get down double-digits in a playoff game, it’s just hard to recover from that,” King said, adding that he couldn’t be more proud of his team’s effort.

“They could’ve easily given up but they didn’t, they don’t have any quit in them,” he said. “Despite what they’ve went through this year, those guys kept fighting and I told them this is a group I’ll never forget.”

T.C. won the two regular season meetings with the Atoms later surrendering both and entered Friday’s game with wins in their first two games since the forfeitures. Without Billy Rowland, one of the two players suspended earlier this month for being athletically ineligible as a fifth year senior, the Titans lacked the inside scoring presence that keyed their previous successes.

“I expected the team that they’ve always been a team that, if anything, maybe they relied too much on Rowland in the beginning,” said Annandale head coach Anthony Harper. “He did a lot for them.”

One place the Titans did little for themselves was at the free throw line, going 9-for-20 in the game and missing four of their last seven. The Atoms, stellar at first, finished 17-for-24 from the stripe but nearly handed the game to the seventh-ranked visitors by making just two of their final six attempts.

Without Rowland or Yates on the floor, the Titans relied on junior Tyrell Sitton (13 points) and senior Tayron Chambers (10 points, eight rebounds) to keep the offense afloat.

Yates, who came out of nowhere to make a spectacular block on an Annandale layup with a minute left and keep his team’s deficit at just three points, was justifiably crestfallen with the way his senior season came to an end.

“I was determined, I didn’t want this to be the last one. I couldn’t go out like this,” Yates said. “But some things went the wrong way, a couple free throws missed, a couple calls and they got the win.”