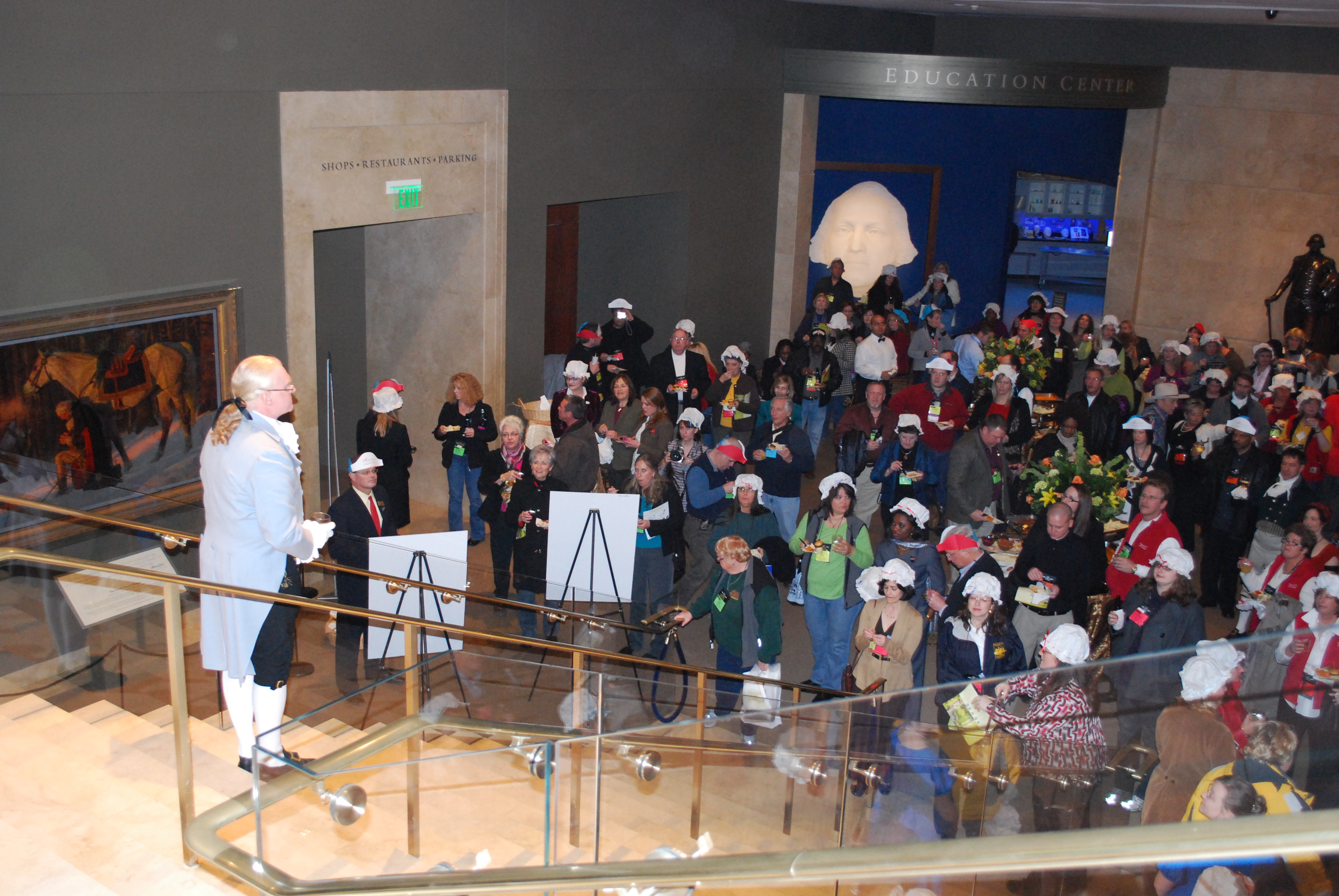 Alexandria tourism and businesses received increased national exposure last month as representatives of the American Bus Association gained first-hand exposure to some of the city’s restaurants, tourist attractions and history. It was all part of ABA’s 2010 Marketplace initiative, which the Alexandria Convention and Visitors Association viewed as an opportunity for Alexandria businesses to showcase themselves to this market segment.

In addition to touring the city and various venues, 1,400 ABA delegates were treated to a history-themed reception, “Party Like It’s 1799,” in the Donald W. Reynolds Museum and Education Center of Mount Vernon Estate. Designed to highlight the area, ACVA’s event was one of six staged by various area tourism organizations.

“The spirit of cooperation made this event possible,” said Stephanie Pace Brown, president and CEO of ACVA. “Everyone came together because of the unique opportunity ABA presented us. This was a team effort both throughout Northern Virginia and Alexandria.”

Attendees to the conference, held at Gaylord National Resort and Convention Center, began arriving January 13 for familiarization tours of the region, including Alexandria. Focusing on the region’s historical significance, tour companies including Alexandria Colonial Tours, Alexandria Footsteps to the Past, and D.C. Metro Food Tours gave walking tours of Old Town, its historical sites, restaurants and businesses.

“Participating in the ABA Marketplace was a huge opportunity for my company,” said Jeff Swedarsky, co-owner of D.C. Metro Food Tours which combines historical walking tours with special dining offerings by local restaurants. “As a small, relatively new family-run business, we gained a great deal of exposure to potential clients”.

Swedarsky said about 40 motor coach representatives said they would like to include his services in their tours.

During Alexandria’s evening party at Mount Vernon Estate, volunteer re-enactors from Gadsby’s Tavern Museum performed colonial dances and made toasts to honor George and Martha Washington, whose 250th wedding anniversary was celebrated January 6. ACVA presented all guests with hand-made tri-corner hats and “frilly mob caps” as they posed for photos with “The General” and enjoyed Martha Washington’s recipe for rum punch.

“The point of our participation was to represent all of Alexandria,” said Gretchen Bulova, director of Gadsby’s Tavern Museum. “We also hosted a small group at the museum as part of a familiarization tour. I’m hoping that we see more booked tours in the next six months as a result of this event.”

More than 10 Alexandria organizations provided 30-plus volunteers to make the city’s participation possible, according to ACVA.

A trade organization, the ABA represents about 950 motorcoach and tour operator companies throughout the United States and Canada, many of which bring tours to Alexandria. More than 2,700 travel and group tour industry representatives attended the conference.