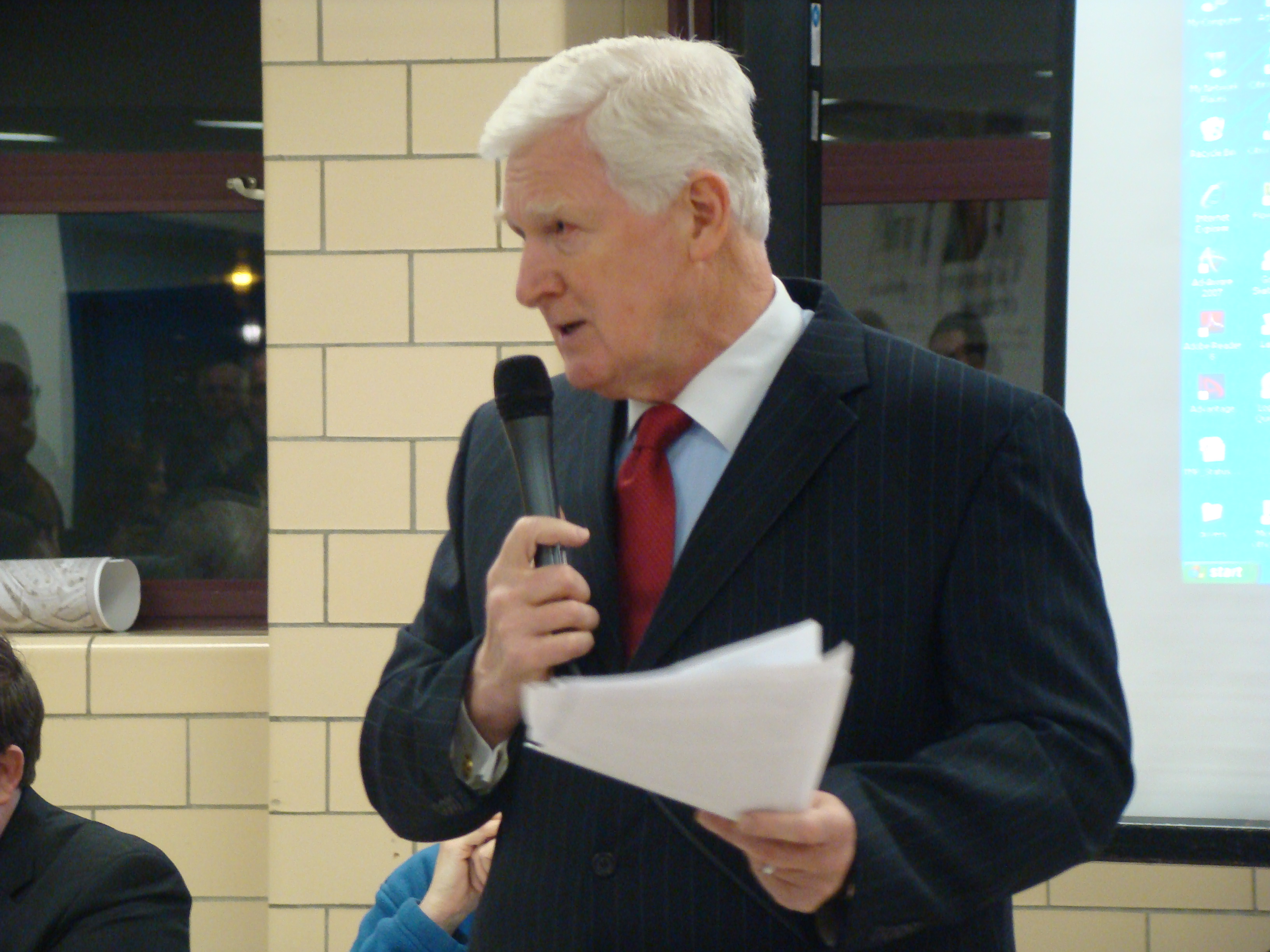 If an approval poll existed for the imposing Washington Headquarters Service federal building rapidly rising on the fringe of Interstate 395, the Department of Defense, which owns the building, would make up its only positive percentage points if any positives exist at all.

Rep. Jim Moran (D-8) said Tuesday that he will not pursue federal funding for a ramp option that connects the highway to WHS at Mark Center on the city’s west side. Moran’s decision sticks a thorn in the side of the Pentagon, which now inherits the onus but no money to help solve the congestion issues that will come once the 6,400 employees begin commuting to and from the site in 2011.

“The reality is, it’s up to me and I’m not going to fund it, so it’s over,” Moran said after briefing the City Council on that and other federal issues. “It’s a done deal. It’s the Pentagon’s problem. If the city or the state wants to fund it, be my guest, but that’s not realistic.”

Moran opposed the Mark Center as the site for WHS from its inception, citing the lack of transportation infrastructure a site with no Metro station next to an already highly congested highway.

As the building progressed (and certainly before ground was broken), more and more residents began speaking out against the building’s impact on the Winkler nature preserve in addition to negative effects on their neighborhoods. Options presented by VDOT suggested cutting through the park, which is widely used as an educational source for children and other residents.

“Going through the nature preserve is only going to marginally alleviate congestion anyway, and it’s hardly worth the destruction,” Moran said. “It’s not even an adequate alternative.”

Jodie Smolik, exectuive director of the Winkler Botanical Preserve, called Moran “a hero and a champion” for helping to save the site at least for now.

Before the federal government selected Mark Center as its site, City Manager Jim Hartmann  wrote a memo to the City Council indicating that two plots in Alexandria the Victory Center and Mark Center would be adequate for an Army satellite administrative building should the government want them. Even before it became clear that Mark Center would require new entrance and exit ramps for commuters, city officials and residents had been vocally unsupportive of any plan by VDOT that would negatively impact the botanical preserve.

But their hands have been tied, and they remain idle.

“It wasn’t the city that was out marketing the sites at all,” Mayor Bill Euille said. “Victory Center was up front, Mark Center evolved. The city manager and staff weighed both sights, but there was nothing we could do once [the land was sold].”

The federal government owns the building, cancelling out revenue from property taxes, but officials hope to see gains in the form of restaurant and retail revenue.

While no solution to the congestion issue has been made, the congressman assured the mayor that he would help arrange a meeting between the city and high-ranking Pentagon officials to figure one out.

The site will also bring 6,400 more people to protect in Alexandria’s city limits, but there is no solution yet as to how the city will pay for the extra public safety costs necessitated by the building.

“It is wholly unfair to be asking the citizens of Alexandria to meet the public safety needs,” Moran said.

Moran likened the situation to the ’90s when Jack Kent Cooke wanted to build his Redskins’ stadium in Alexandria to make a profit, but rely solely on the city’s resources for public safety only this time, ground has actually been broken.