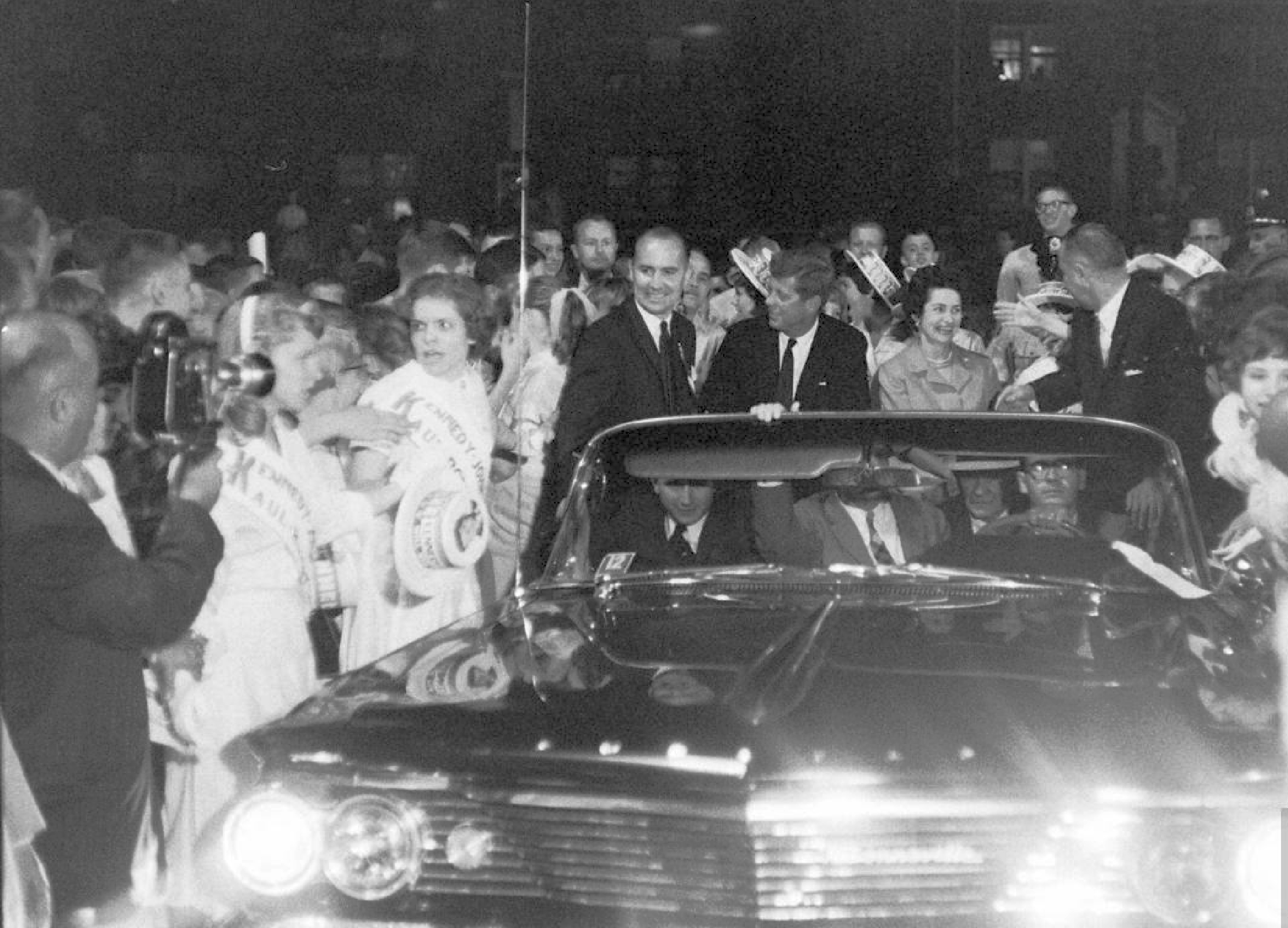 After receiving the Democratic presidential nomination in the summer of 1960, then-Senator John F. Kennedy kicked off his campaign tour of the south with a visit to Alexandria. A rally was held at the George Washington High School stadium on the evening of August 24 but preparations began earlier, with a platform erected on the field that morning. A special communication system was set up to provide stereophonic sound and Klieg lights, lighting especially for television and film purposes, would illuminate the rally.

Special buses transported supporters from Seven Corners and McLean to Alexandria and that night, an estimated 15,000 people turned out to see Kennedy and his running mate, Senator Lyndon B. Johnson. In his speech, Kennedy paid tribute to Virginia’s past and evoked the names of the Old Dominion’s early leaders, like George Washington, Thomas Jefferson and James Madison, who also served as United States presidents. Virginia’s Democratic leaders joined the candidates, including Governor J. Lindsay Almond, who later said the event was the “most enthusiastic rally of my political experience in Virginia.”

The rally featured music and a large presence of Golden Girls, young women volunteers who wore white dresses and straw hats and passed out campaign buttons. The Golden Girls are seen gathered around the car in the above image, with Lady Bird Johnson seated in the back of the car between Kennedy and her husband. This was likely taken as the car approached the stadium from the north because apartments on East Glendale Avenue are visible in the background.