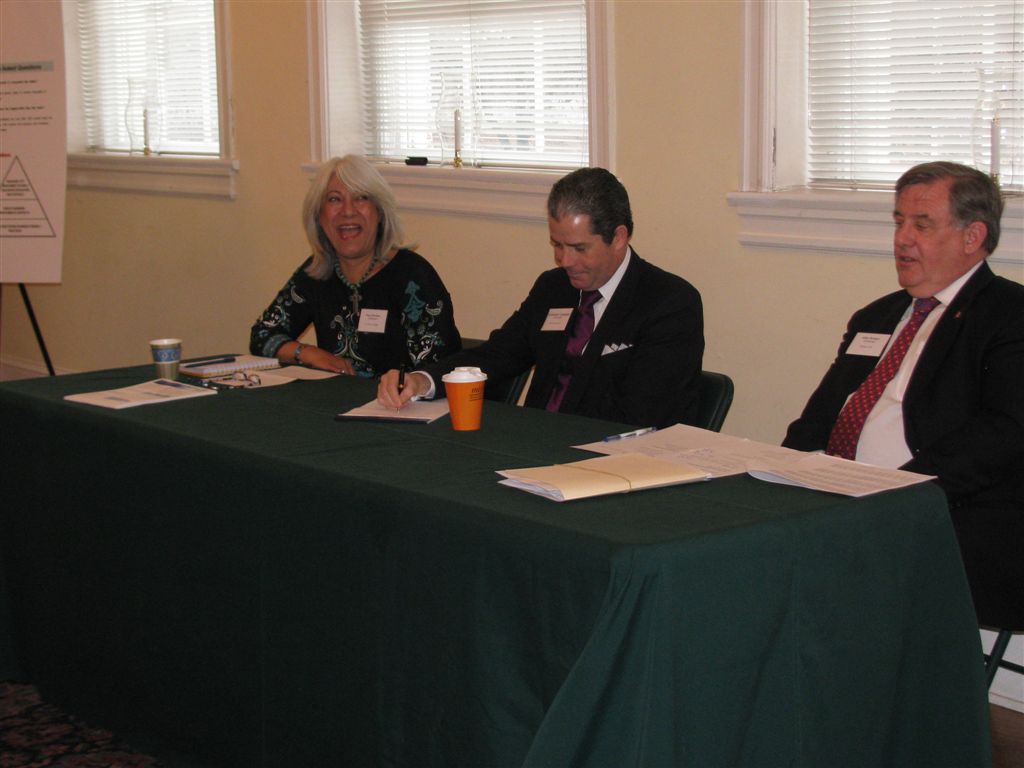 Christopher Campagna probably summed it up best, although some might question his assessment: “What a fascinating two years we have had,” he told the audience during the first 2010 Business Leadership session at The Campagna Center Tuesday morning.

Entitled “Recession Recovery on the Ground,” the presentation kicked off the Center’s 2010 Business Leadership Council Distinguished Speakers Series. It focused on how Alexandria’s small businesses were weathering the deepest recession since the Great Depression. The consensus: Treading water in a slowly receding tidal flow.

In addition to Campagna, a partner at Tartan Properties, Nora Partlow, owner and co-founder of St. Elmo’s Coffee in Del Ray, and John Renner, founder of Renner&Company CPA, gave their assessments of the economic downturn and its impact on Alexandria’s small businesses. “Recovery is going to be long and slow,” they all agreed.

“It’s not as bad as we all think it is. But, we have got to do a lot of creative things,” Partlow told the audience. “A lot of restaurants have adjusted prices and hours, have given no bonuses or raises and many owners are taking less,” she said. The point being there is no simple or painless solution to remaining solvent.

However, it was the general consensus of both the panelists and audience that Alexandria was in a better position to recover from the recession than many other municipalities primarily due to its location.

“If I were in charge for the next decade, Alexandria would be the place to have and start a new small business,” Campagna said. “We would push that nationwide and worldwide.”

Olivia Anderson - January 26, 2023
By Olivia Anderson | o[email protected] Faheem Ahmad moved to the City of Alexandria several years ago as an Afghan refugee. The process was grueling, extensive...