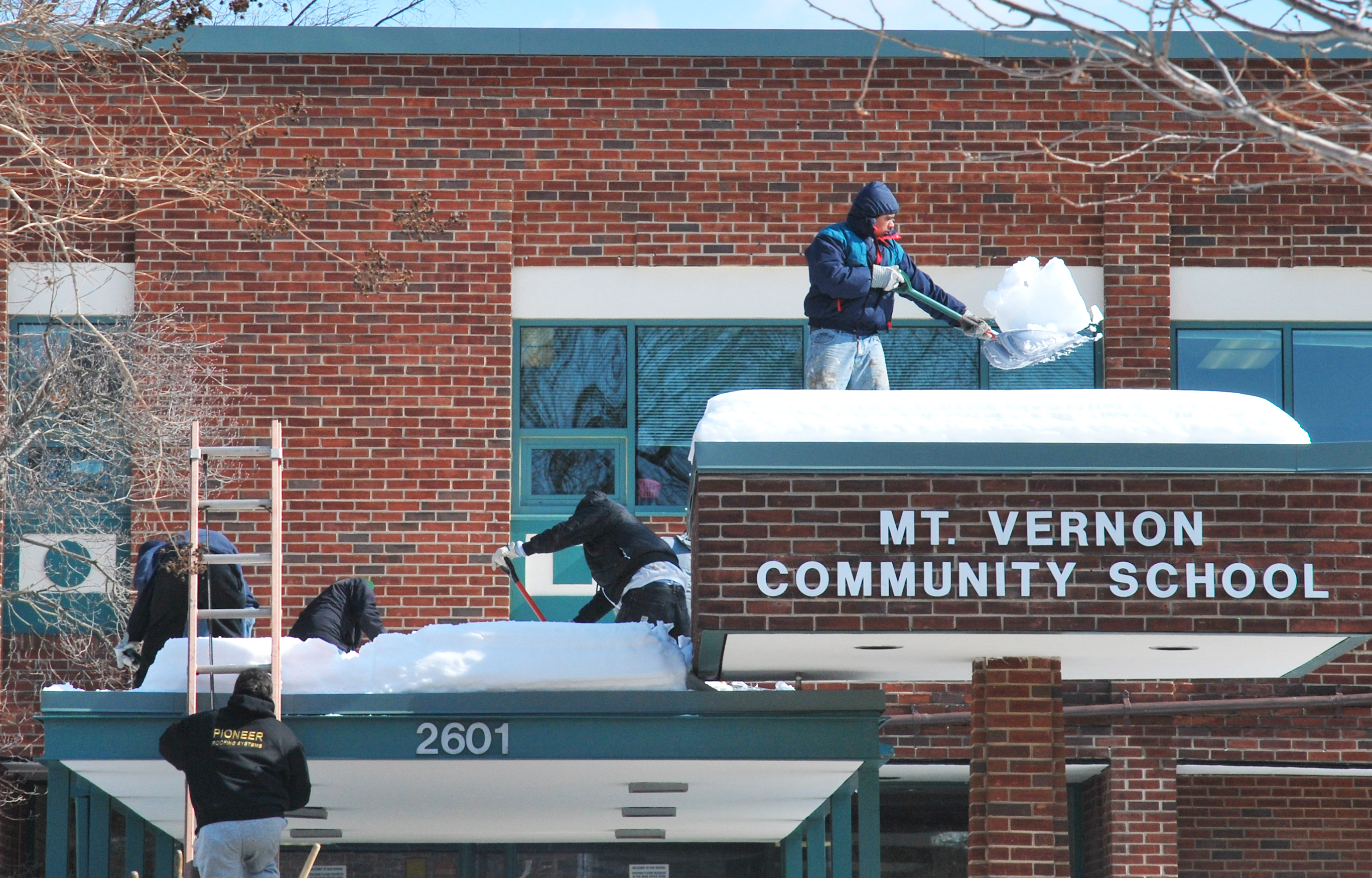 By the time Alexandria students returned to school Wednesday morning with a two-hour delay one must wonder if they remember what their classroom looks like.

After all, it was their first day of school since February 4, the last day before record-breaking snowfall brought about an unscheduled 12-day sabbatical from class work, the longest such break in decades according to school officials.

The prolific, back-to-back snowstorms that began on February 5 and February 9 dumped more than 40 inches of snow in some parts of the city and presented myriad hurdles for school leaders hoping for a quick restart. Despite enlisting the community last weekend to free school grounds of ice and snow in an attempt to open Tuesday, many city sidewalks and roads remained too dangerous to begin that morning, according to Superintendent Morton Sherman.

It was the seventh straight cancellation and the eighth in nine days for Alexandria City Public Schools.

“From the school side, we could’ve opened today but no school is an island,” Sherman said Tuesday night, explaining that a comprehensive risk assessment by city staff concluded that parts of the city were not conditioned for a safe school opening. In some places, schools had to deal with leaks and broken pipes indoors, in addition to the snow and ice accumulation outside.

The roof of T.C. Williams supported snowdrifts that approached 10-feet in some spots and required a crane to remove, Sherman said.

After talking with City Manager Jim Hartmann several times a day during the snow emergency in addition to the fire chief, chief of police and city department heads it became clear Monday afternoon that there were “still too many situations in which students would be forced to walk in the streets while snowplows do their work and cars attempt to get by,” Sherman wrote in a letter to the school community that day.

Parents understood the reasoning behind Tuesday’s school cancellation, but the decision was also a burden for those who had to return to work.

City Councilman Rob Krupicka, speaking to Sherman during Tuesday’s Council session, was appreciative of the efforts to open school but was among “the many parents who were very disappointed yesterday to get an email that we had to find child care once again this morning,” he said.

“Our biggest priority is opening up the schools,” said Rich Baier, director of the city’s Department of Transportation and Environmental Services. “We remain available to work with them to get the schools back on a regular schedule as soon as possible.”

To ensure a smooth start Wednesday, the city dispatched additional police to schools for arrival and dismissal periods in order to assist with safety, a police spokesperson said.

However, during and immediately after the two snowstorms, with the city’s main focus on public safety, tending to the school grounds took a backseat like many other city services, Sherman said.

According to the superintendent, because the city tends to ACPS grounds under a shared services agreement custodians are responsible for the building interior the schools followed suit, contracting out help to clear the school roofs and grounds. He estimated the storms’ cost for the schools to be around $1.3 million.

On Sunday, Sherman wrote parents and community members asking them to pitch in during the Presidents Day holiday on Monday, clearing neighborhood bus stops and sidewalks around the city’s 17 campuses. According to a school spokesperson, hundreds of volunteers came out to help.

Without the parents’ assistance, Sherman was unsure the school buildings would have been ready to open on their own Tuesday.