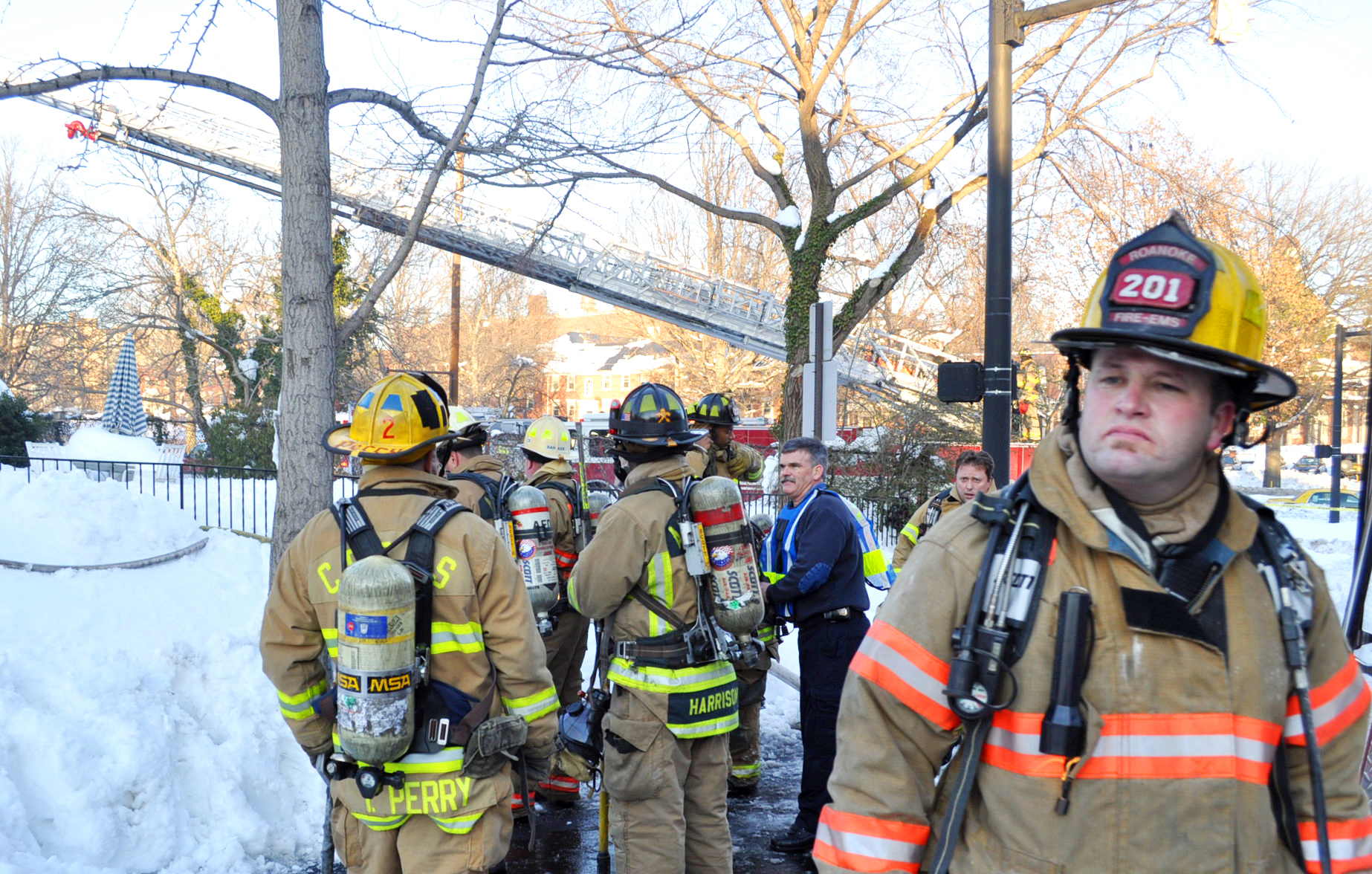 Taking up roughly 60 percent of basic city expenditures and some 86 percent of the city schools’ budget employee compensation is the elephant in the room for budget discussions.

An elephant with thousands of human faces, it is also the most trying place to cut costs.

The resulting premium on job preservation in a difficult economy has eliminated opportunities for significant raises and as the city grapples with yet another tight, contentious budget cycle, its civil servants are facing a third straight year without guaranteed improvements in their base pay.

While not a case of all work and no pay, even the merit-based raise City Manager Jim Hartmann has proposed for the upcoming fiscal year without doubt a welcome addition, city employees said is nowhere near a fix-all solution.

In the wake of Snowmageddon, an unprecedented strain on the city’s emergency personnel, it remains a source of restlessness for the city’s firefighters, whose entry-level salaries are among the lowest in the region, according to a comparison of suburban-Washington jurisdictions.

“It’s like with the blizzard we have to come in a blizzard to protect the citizens of a city where we can’t even afford to live, who don’t even reward us by giving us a pay raise so we can live and support our families,” said Battalion Chief John Morehead of the Alexandria Fire Department.

“That kills morale,” Morehead said. “That kills recruitment and the minute Fairfax opens again, we’re going to lose a bunch more people. Right now they’re not hiring, but they’ve got a lot of people teed up to go in the next few years, too.”

Only slightly behind Arlington, Fairfax County public safety officials begin with an annual salary of roughly $45,000 $15,000 more than their Alexandria counterparts, according to a comparison of regional pay scales.

The budget for the current fiscal year, which began July 1, 2009, froze salaries for city workers. The year before, employees got a $500 bonus and a 2 percent boost for those at the top end of the pay scale, but no cost of living adjustment.

“It’s hard to go two years in a row and give the employees absolutely nothing,” said Cheryl Orr, the city’s director of Human Resources. “With no increases at all, you really start to think about losing people.”

Hartmann’s current proposal would provide performance-based raises between 2.3 and 5 percent for eligible employees but that is offset by increased employee contributions for their health insurance plans, according to budget documents. Faced with a $40-plus million budget gap, the draft offers a seven-cent tax hike to make the numbers work.

Bud Miller, president of Alexandria Taxpayers United, considers the overall financial plan an increase from last year to be “inappropriate” in light of the belt-tightening going on in homes throughout the city.

However, he said he has no problem with the merit raises or trying to do more for public safety officers in particular.

“Police officers, firefighters, they are a different breed and I don’t think we can do enough for them,” Miller said. “They’re the ones we turn to when everything else has disintegrated.”

“Yes, you’re thankful for having a job, but we also have to live, too.”

Citywide, maintaining competitive wages for civil servants is an issue that, though not as pressing in the current economic climate, could grow jagged when the job market rebounds, Orr said.

“If there’s one stat that is very telling it’s that we have a very low turnover rate,” she said, “but this doesn’t mean that people feel like they should be underpaid.

“As soon as the market does really start to go up, if we’re not competitive with the market we will lose our best and our brightest.”

Normally, Alexandria firemen work a 56-hour week, exceeding some of their peers in the region, while doing so on trucks with a three-man crew one less than a full outfit.

Most recently, the week-and-a-half snow emergency pushed the city’s public safety staff to the limit and led city leaders to call for reinforcements from around the state to bolster its own under-staffed ranks.

“What they’ve been doing is rolling the dice and gambling that this won’t happen,” Morehead said. “Well here it is, a perfect storm happened.”

For Alexandrians struggling to find a job or who have had to take pay cuts of their own, paying city employees more is not the easiest argument to make. But for those charged with protecting city residents, it’s an income that preserves the livelihood of the community.

“The citizens have got to know, if they want to stay safe if they want their city protected they’re going to have to spend a couple of coins,” Morehead said. “All we want is a fair wage for a fair day’s work and that’s not a perk.”