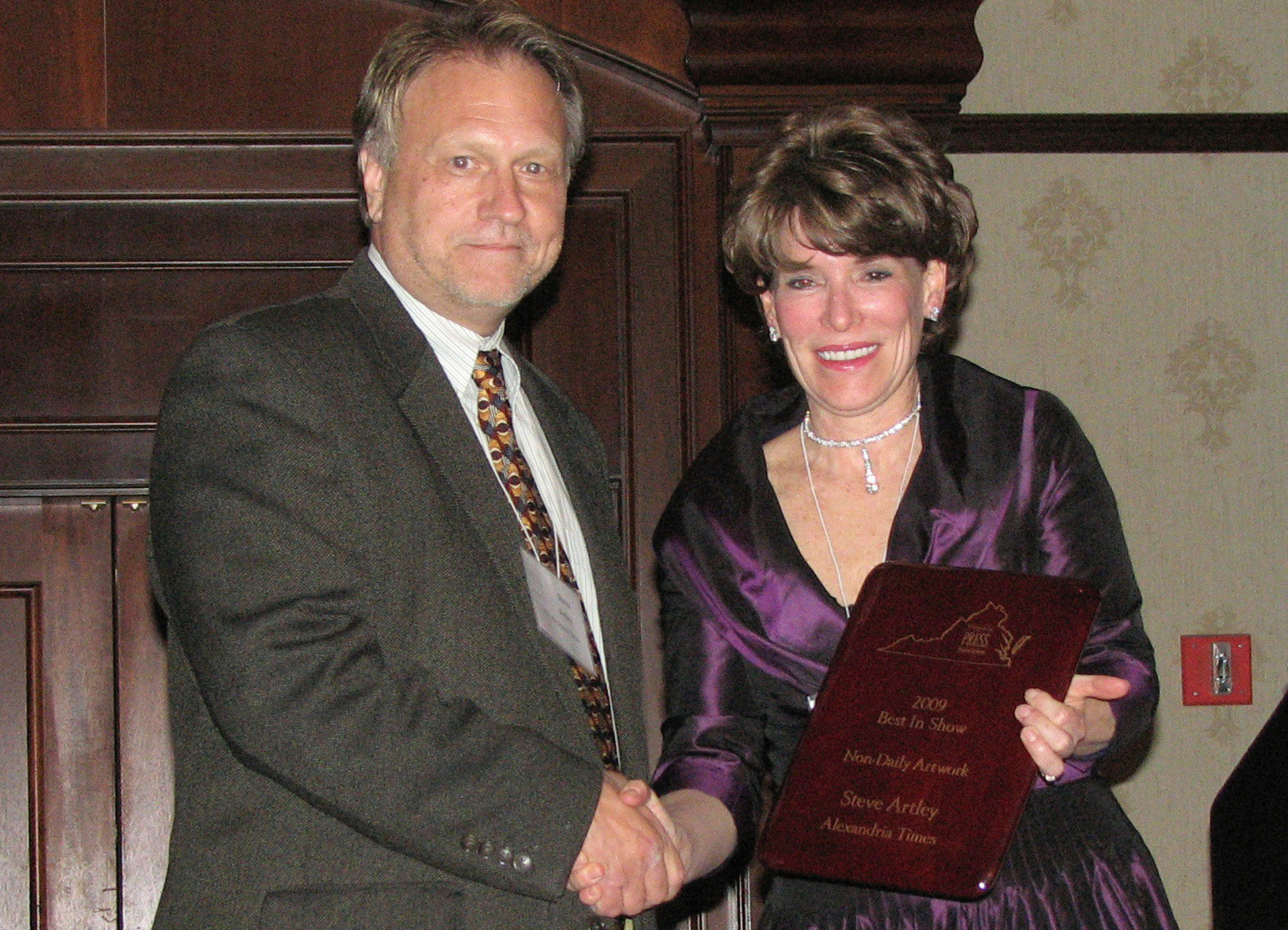 Steve Artley, the Times’ cartoonist, almost swept the “illustrations” category by taking home both first and second prizes for two editorial cartoons. Artley beat out every non-daily publication in the state as well by winning Best in Show for artwork.