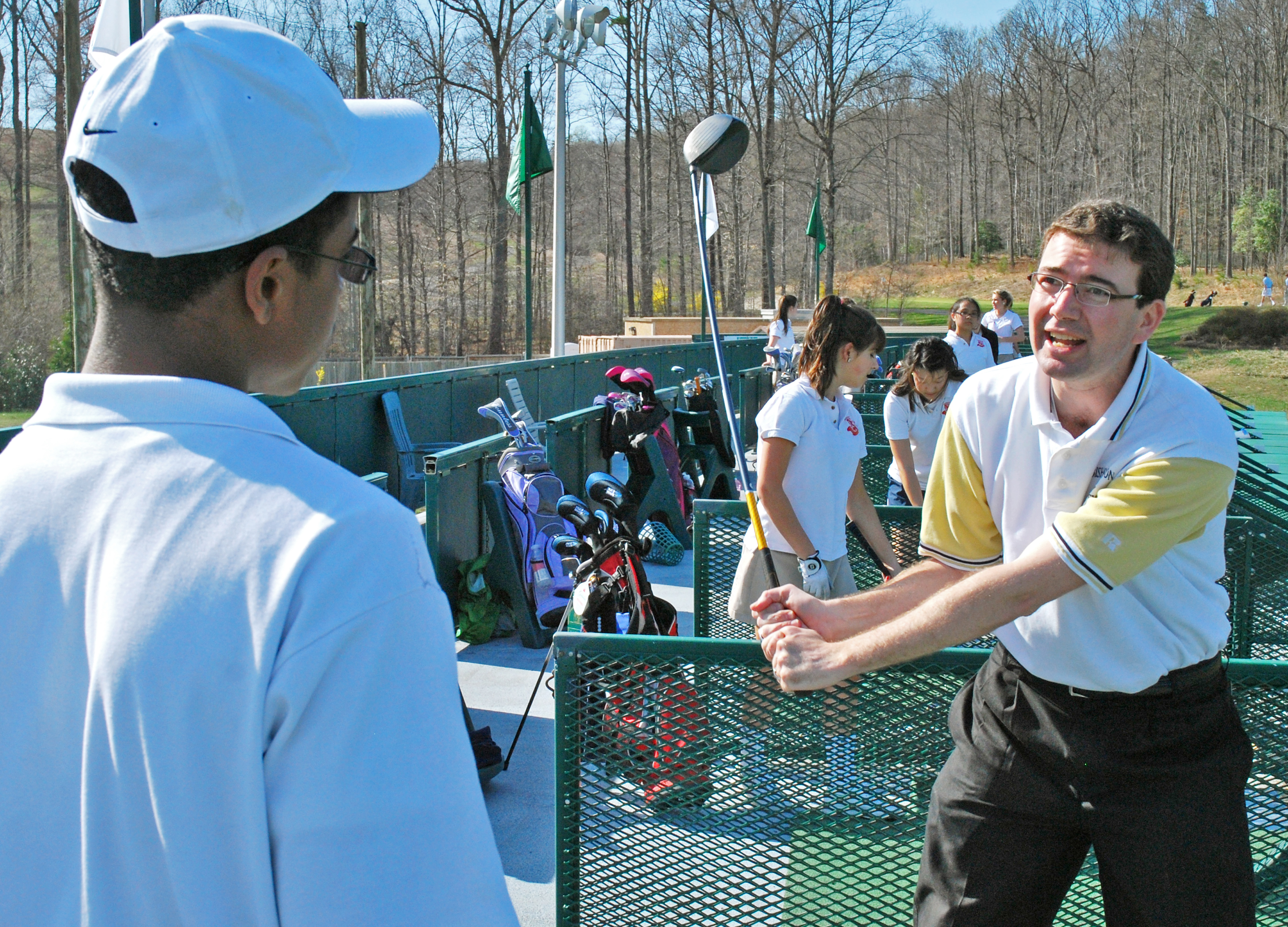 Don’t ask Ryan Fannon why Villanova busted your bracket. The loss stung him, too.

The Alexandria native’s exalting signature line “Cats win! Cats win! Cats win!” is the wrap to each Villanova University win he calls for WPEN in Philadelphia. But the cadence that has become so endearing to diehard Wildcat basketball fans is done for this season.

As much as the defeat stung the 1993 alum on the plane ride home from Providence Saturday night, Saint Mary’s upset of his beloved Wildcats is just the sort of thing that happens this time of year.

A year ago, he was on the flip-side of the coin, standing courtside and calling his team’s last-second win against Pittsburgh that sent them and him to the Final Four in Detroit.

“That’s what I just love about March Madness, that one-and-done aspect is just so exciting,” said Fannon, who also coaches Bishop Ireton High School’s golf team. “Last year it was Scottie Reynolds of Herndon hitting the game-winning shot against Pitt to knock them out.”

And, given the last year he’s had as the play-by-play voice of Villanova men’s basketball and the color analyst for the school’s football team, Villanova’s second round NCAA tournament loss on Saturday isn’t the end of the world.

Last March, the basketball team made the NCAA tournament for the fifth year running culminating in Fannon’s first Final Four run as the voice of Villanova and the school’s first national semifinal since 1985 and, last December, the football team won the national championship game 23-21 in dramatic fashion against Montana.

“It’s been an amazing year,” said Fannon, 39. “When I got the job 12 years ago, I always wanted to make it to a Final Four but last year I got to broadcast a Final Four and the national championship game in football down in Chattanooga [Tn.].”

As a Bishop Ireton graduate heading to college in 1989, Fannon said he picked Villanova for its journalism program.

With a few years of student-radio broadcast experience under his belt, Fannon got his degree in 1993 but has never really left. A key letter of recommendation from head football coach Andy Talley and demo reels of his own got him the analyst job for football broadcasts.

“It was just about being in the right place at the right time,” Fannon said of that first professional job with the football coverage and then getting his dream job for basketball play-by-play.

According to Fannon, it was a dream hatched out of countless family trips to Charlottesville to watch football and basketball games at the University of Virginia. Another passenger on those trips, Frank Fannon IV, Ryan’s older brother and a first-term city councilman, corroborated the family lore and remains amazed at what his brother has put together for a career.

“He’s got the best job in the world,” Frank said. “He very well could end up being a lifer at Villanova. He’s not even 40 and he’s been broadcasting there for nearly 20 years.”

Best job in the world? Jealous?

“Yeah, sometimes,” Frank said, stifling a laugh. “I have two full-time jobs right now and not a lot of downtime, but he’s also got several other things aside from the football and basketball games.”

As for Ryan, those responsibilities change with the seasons. Fall is for football and winter is for basketball at Villanova, while he spends the spring coaching the golf team at Bishop Ireton and is directing their corporate partnerships department.

“I’m really fortunate that I get to do things that I’m passionate about,” he said. “I love sports, I love to travel and I love people, so it’s all working out.”

Without the two-plus hour commute to and from Philadelphia, Ryan is now able to get more time with his wife and their 6-week-old daughter and 17-month-old son, as well as build the golf program at his first alma mater.

Four days removed from his last call of the hoops season, his voice was more than able to offer pointers for the Cardinal golfers. And, as helpful as the rested voice was for Wednesday’s practice at Hilltop Golf Course, a tired voice means a successful season.

“By the end of the Final Four last year after the games and all of the interviews I didn’t have much of a voice left,” Ryan said. “But now the voice is fine and all I want is to call one more game.”