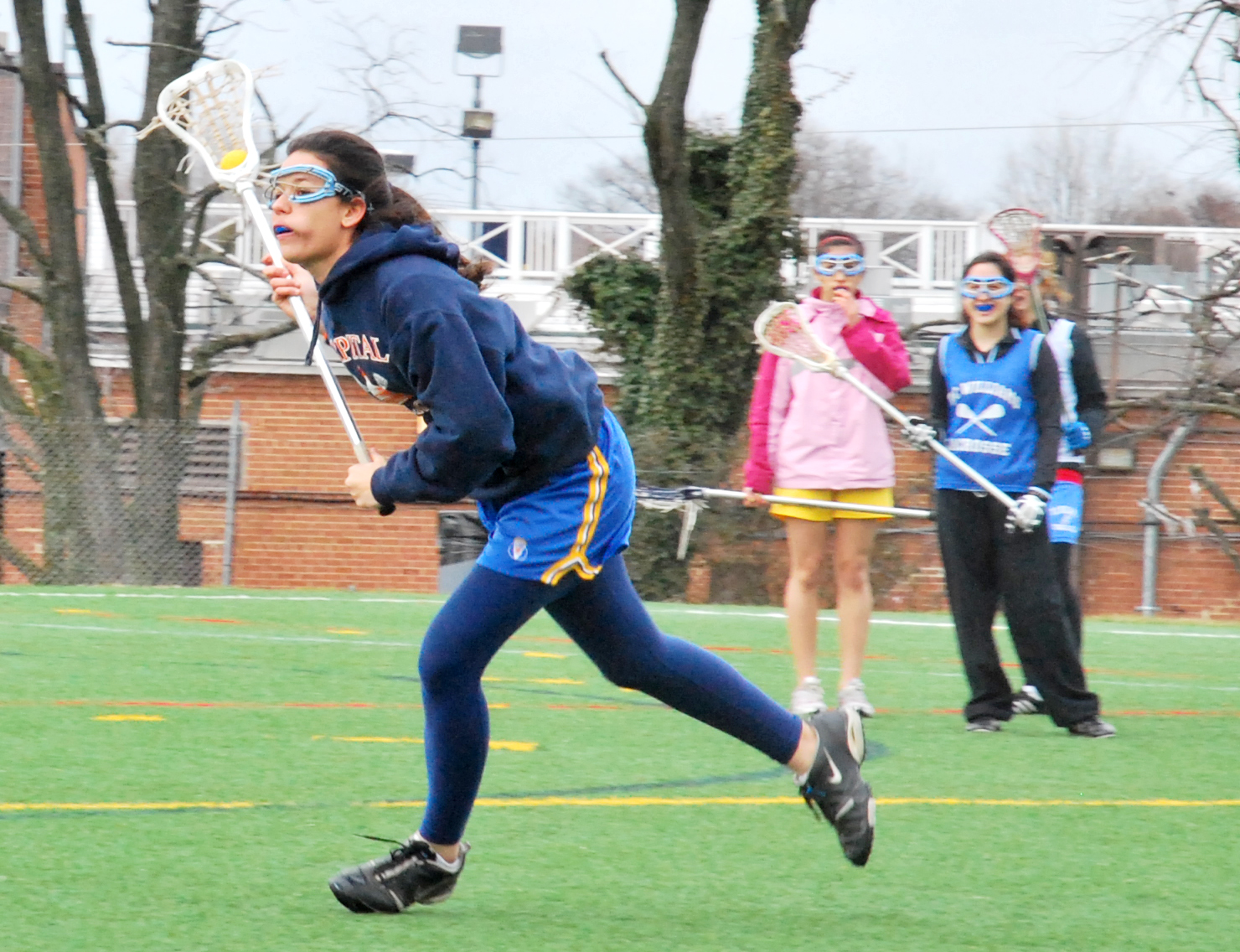 The warm weather and spring equinox mean the onset of lacrosse at the city’s four high schools. Here’s a breakdown of what to expect from varsity girls this season.

The banners and memories from last year’s third straight state title and 15thstraight league championship remain. But much has changed since last spring for the perennially powerful Saints.

Gone are Kelly Austin, the school’s single-season and all-time leading goal scorer, and a cadre of defensive leaders. Yet, on the eve of the season-opener, St. Stephen’s coach Kathy Jenkins has been “really impressed” by the squad that’s stepped up this season.

“We lost a lot of starters from last season but I feel like the chemistry is very good this year and actually, in our scrimmages so far, they’ve done really well,” Jenkins said.

The Saints return several key attacking options, including senior Kelsey Horton who, as a junior, set the single-season marks for points (140) and assists (99).

Overall, the varsity squad is carrying nine freshman and sophomores. It’s a first for the program, Jenkins said, and means this year’s team will evolve more rapidly than last year’s group that went 25-2.

“It’s coming together but that doesn’t mean we’ll be perfect we definitely have things to work on,” Jenkins said. “We’re spending a lot of time on defense because we really lost a lot of defense and our goalies.”

Senior Emily Rhoads anchors the defense in front of two inexperienced underclassmen in goal who have split time in the preseason Jenkins had not tipped one to start over the other as of last Monday afternoon.

At T.C. Williams, one of Jenkins’ protege has taken the reigns of the Lady Titans program that went 10-5 last season a big step up for a young program that finished 8-7 the two years before amidst off-field issues and a coaching change.

On a gray Monday afternoon, first-year head coach Caroline Van den Berg was upbeat about her team, which has lost seven seniors and a very talented junior exchange student from last year.

“It’s been great,” Van den Berg said. “We have two seniors who are really good. They’ve been very helpful. “A new coach, only two seniors it’s definitely a ‘rebuild’ year.”

Van den Berg’s two senior leaders are Justine Johnson and Katie Newsham, who are co-captains along with junior Anjuli DeWakar.

With Newsham leading the way, the new coach expects her midfield to be a strong suit this season and said her team’s conditioning will give them a boost.
At the back of the formation, the Titans have a youth movement on their hands led by sophomore goalie Jordan Cirenza and freshman wing Hannah Drexler.

“I like to have the policy that you go into every game playing your game,” Van den Berg said. “If you start thinking, ‘Oh, we’re playing the No. 1 team,’ you might get nervous, or if you think you’re playing the worst team, you might bring your level down.”

The Titans opened the season Tuesday night with a 15-11 home loss to Washington-Lee.

When it comes to moving forward for the Maroon this season, things start in the back.

There, senior goalkeeper M.C. McClellan is the bulwark of coach Jen Seferiadis’s defense and a hub of leadership for an Episcopal team that is bringing nine newcomers into the fold this season.

“She’s grown in leaps and bounds and is going to be a great leader at the back,” Seferiadis said of McClellan.

Along with their goaltender, Episcopal will look to seniors Rachel Hurley, Sarah Cauthen, Liz Burton and Morgen Rogers for guidance as they hunt for the outright championship in the Independent School League A Division. It will, however, deviate from last year’s model.

“Our biggest loss on paper and also probably in terms of strong leadership was Carly Linthicum,” Seferiadis said of her former attacker. Linthicum was an academic all-American and honorable mention all-American and all-Met selection last spring, spearheading the Maroon attack.

Without the standout Linthicum, Seferiadis is eager to see what sophomore Kelly Chandler can do in midfield and holds high hopes for the youngster’s development as an impact player.

“She is going to be fantastic in midfield, has a fantastic work ethic and is very composed,” the Episcopal coach said.

The Maroon have the ISL title in mind as goal No. 1 for the 2010 campaign but, as the hosts once again, are eager to make the state semifinals, too, after falling one game short last season.

On the road in Virginia Beach to start the season, Episcopal got off on the right foot with their 11-8 victory over Bishop Sullivan on Tuesday.

The Cardinals return seven seniors from their 18-4 team a year ago that reached the state semifinals at Episcopal. This season, Ireton will surely look for revenge in their own Washington Catholic Athletic Conference after losing the championship game to league No. 1 Good Counsel 12-11 in a double-overtime heartbreaker.

Ireton, which spent the bulk of last season in the top half of the regional rankings, will have to get by without the exploits of Ashton Hellmuth, a first-team all-Met selection by theWashington Postas a senior a year ago, and defender Lauren Gray, a second-team honoree.