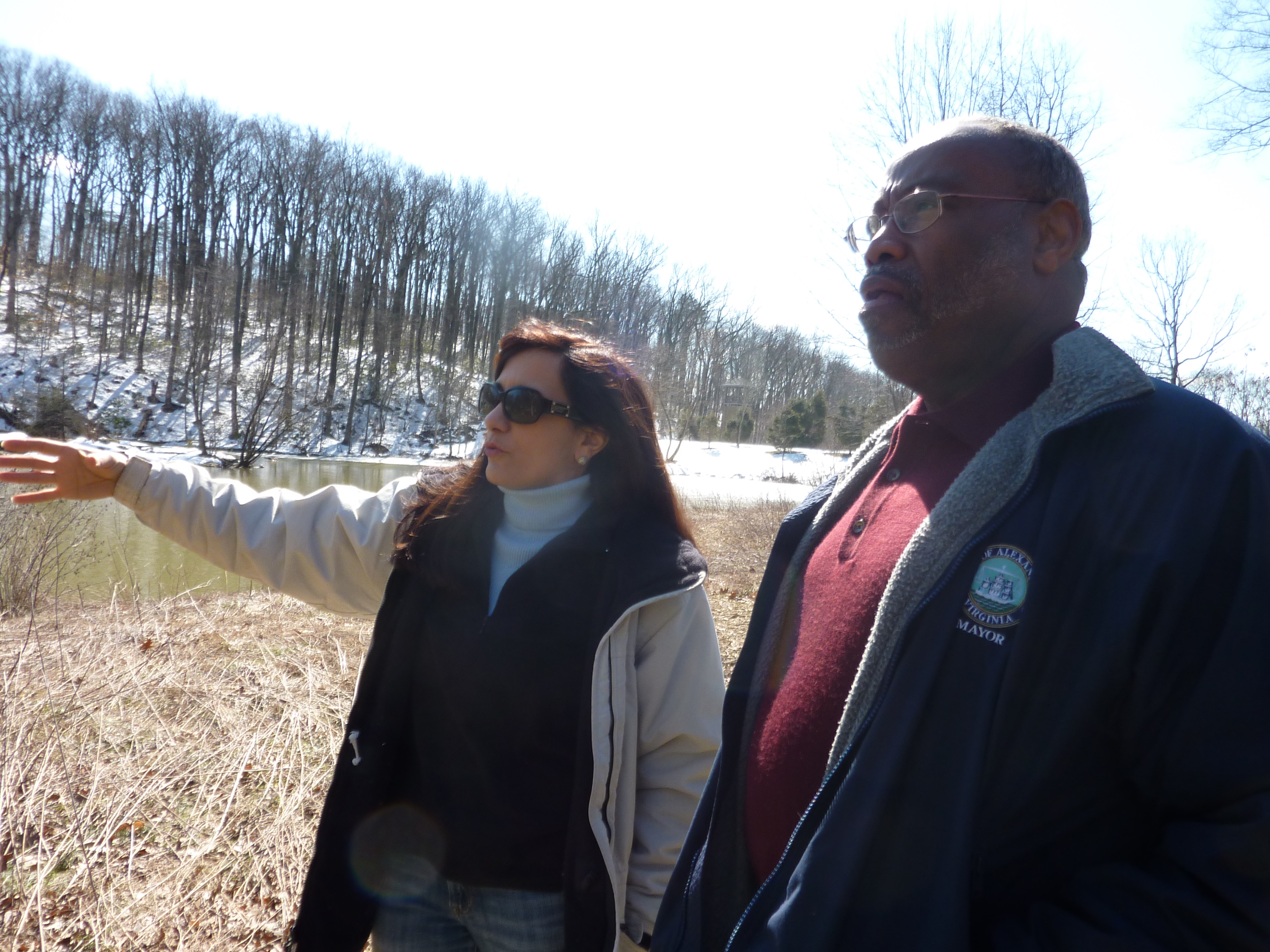 There has been a lot of talk about how new traffic patterns surrounding the Washington Headquarters Service complex rising at Mark Center may affect the Winkler Botanical Preserve next door. Until recently, most of that talk had taken place in the bureaucratic corridors of City Hall.

Mayor Bill Euille toured the natural oasis Saturday to see for himself how the Department of Defense’s new administrative building looms over the preserve and how the construction of a ramp or road would negatively affect the wilderness, which is used to teach thousands of school children each year and is already surrounded by an urban environment.

“From my personal vantage point it would have a really large impact,” Euille said. “You would need much more space than for just the road because you would need to get the construction equipment in and heavy equipment to take down the vegetation and haul it out. Then you’ve got to bring in all the equipment to build a new road.”

The preserve is safe for now, partly because of Rep. Jim Moran (D-8), who said he would not seek any funding from congress for the transportation renovations, which is overseen by the Virginia Department of Transportation.

“When people come out and see how [the WHS structure] already looms over the preserve, it is to really understand the full, devastating impacts of what an exit ramp and a road would do in addition,” said Jodie Smolik, executive director of Winkler Preserve.

But unless viable options surface, a chunk of the land area could be in danger. Despite the city’s role as main stakeholder and its resulting influence on the situation, the transportation solution is up to the state.

“The final decision is VDOT’s, so the Council made a resolution stating specifically, with no hesitation, that the preserve was off limits,” Euille said.

The BRAC Advisory Commission, the citizens group charged with overseeing the project, recently reviewed its 20th option a highway exit from the I-395 HOV lane that remains preliminary. The group has essentially shot down the previous 19, according to  Chairman Dave Dexter.

“We’re desperate to fix this,” he said of the increased congestion expected from 6,400 new commuters to the city beginning in 2011 when the building is completed.

Euille and the City Council have already stood resolute against any plan that might affect the Winkler Preserve and have said the funds will have to come from the state or DOD.