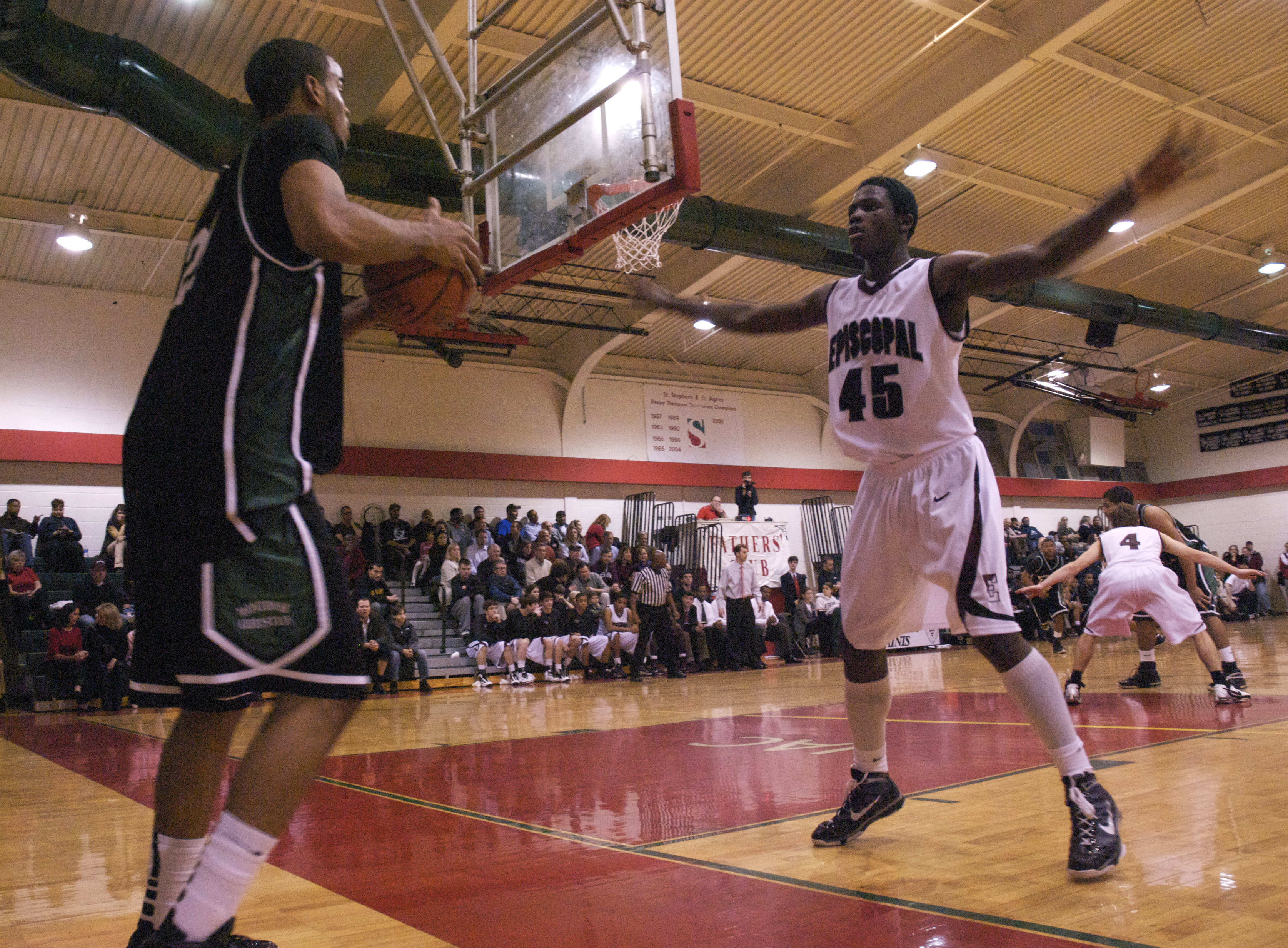 The excitement of Saturday’s Sleepy Thompson championship game was unmistakable in the bouncing steps of the Episcopal co-eds trekking across Seminary Road to the home of their backyard rival St. Stephen’s / St. Agnes.

With the neighborhood favorite Maroon and visiting Montrose Christian ratcheting up the pressure from the outset, the intensity of the tournament final was evident on the court as well. Yet, even with the high-energy crowd firmly behind them, Episcopal’s tired legs weren’t enough to get past the Mustangs and they fell 47-38, claiming the runners-up trophy.

Despite holding Montrose to a season-low 47 points, the Maroon’s own offensive woes underscored during a four-point third quarter only added to the degree of difficulty.

With nine points in the fourth quarter to keep the win out of Epicopal’s reach, 6-foot-9 Josh Hairston, the Mustangs’ Duke-bound senior leader, did the rest. The blue-chip recruit scored his points when they mattered most, using a series of turn-around jumpers and key rebounds to bury the Maroon.

“That’s what you expect out of a high school All-American, which he certainly is,” said Episcopal head coach Jim Fitzpatrick. “He’s a very impressive player.”

“Josh is a big-time player and he should take over games like that,” said Montrose (16-4) head coach Stu Vetter. “That’s what he’s expected to do.”

Episcopal (17-7) managed to keep the low-scoring affair entertaining throughout. Senior point guard David Kagulu-Kalema cut the Montrose lead to seven with a bold layup over Hairston and Gombwer early in the fourth quarter.

Hunter deButts nabbed two steals on the full-court press in the last minute and a half that led to fastbreak points for the Maroon, but the game got no closer.

Fitzpatrick’s squad struggled to find their shooting touch all game, scoring just 14 points in the first half offset by their 20-point final quarter and were unable to get sophomore swingman Arnaud Adala-Moto into the same groove that saw him score 23 points in the tournament’s opening game and 19 points in Friday’s semifinal against St. Stephen’s.

“Truthfully, I think Arnaud, like most of our players, are hitting a spell of being fatigued,” Fitzpatrick said. “We’ve had to prepare for three different teams in the last three days and six over the last eight, so I think you saw a little bit of fatigue in our legs.”

The Cameroon-born Adala-Moto dismissed tired limbs as an excuse but said the Mustangs’ size advantage and work in the paint made it difficult to get good second-chance looks.

“I think the problem was our offense,” he said. “We played really, really good defense but our offense was bad.”

With the Virginia Independent Schools tournament tipping off this week, Fitzpatrick has his eyes on a semifinal berth in Petersburg

“I want to use this game and this tournament for our kids to take a step forward,” he said. “We played good basketball this week I want to play great basketball next week.