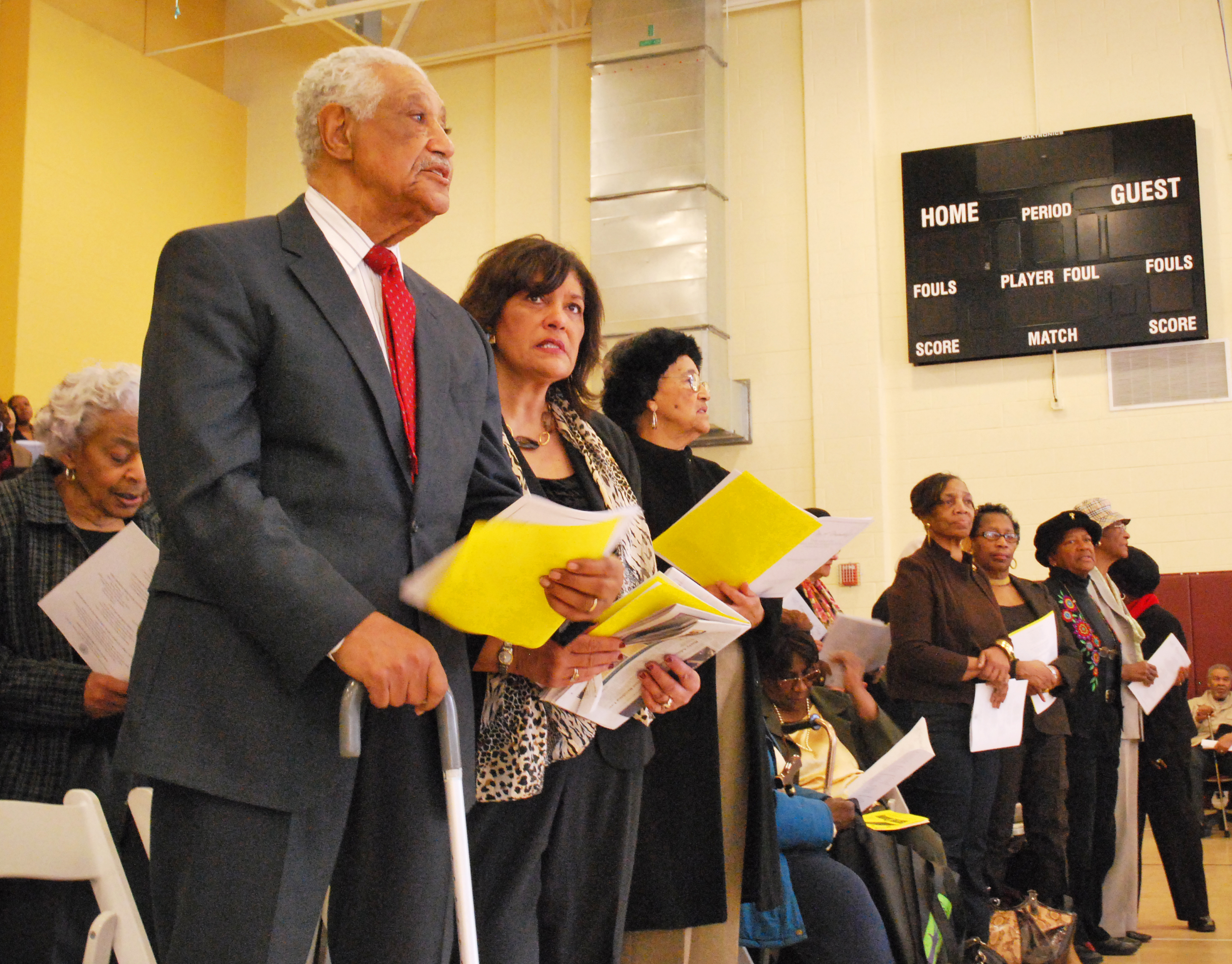 More than 100 people linked with the historic former Parker-Gray School and other Alexandria luminaries past and present were on hand Saturday afternoon for the dedication of the gym and swimming pool at the Charles Houston Recreation Center.

The event, a fitting conclusion to Black History Month in Alexandria, added a personal touch to the City Council’s November 21, 2009 decision to dub them “The Memorial Pool” and “Johnson-Siebert Gymnasium” upon the recommendations of the naming committee.

The gymnasium was named in honor of basketball coach Louis R.W. Johnson and Morris R. Siebert, men of “deep integrity, strength and a source of inspiration for not only student athletes but the community as well,” according to the members of the naming committee.

Johnson coached some of the state’s best athletes at the school in the 1940s and 1950s, including Siebert and Earl Lloyd, the first African American to play in the National Basketball Association.

Siebert, a 1948 Parker-Gray graduate, continued Johnson’s legacy of service and leadership to African American youth in the city as a part of the Alexandria Recreation Department and a coach.

The Charles Houston pool recognizes some of the casualties of segregation, like the city’s nine black youth who were not allowed to learn to swim in the city’s whites-only pool and drowned in the Potomac River and nearby creeks between 1926 and 1951.