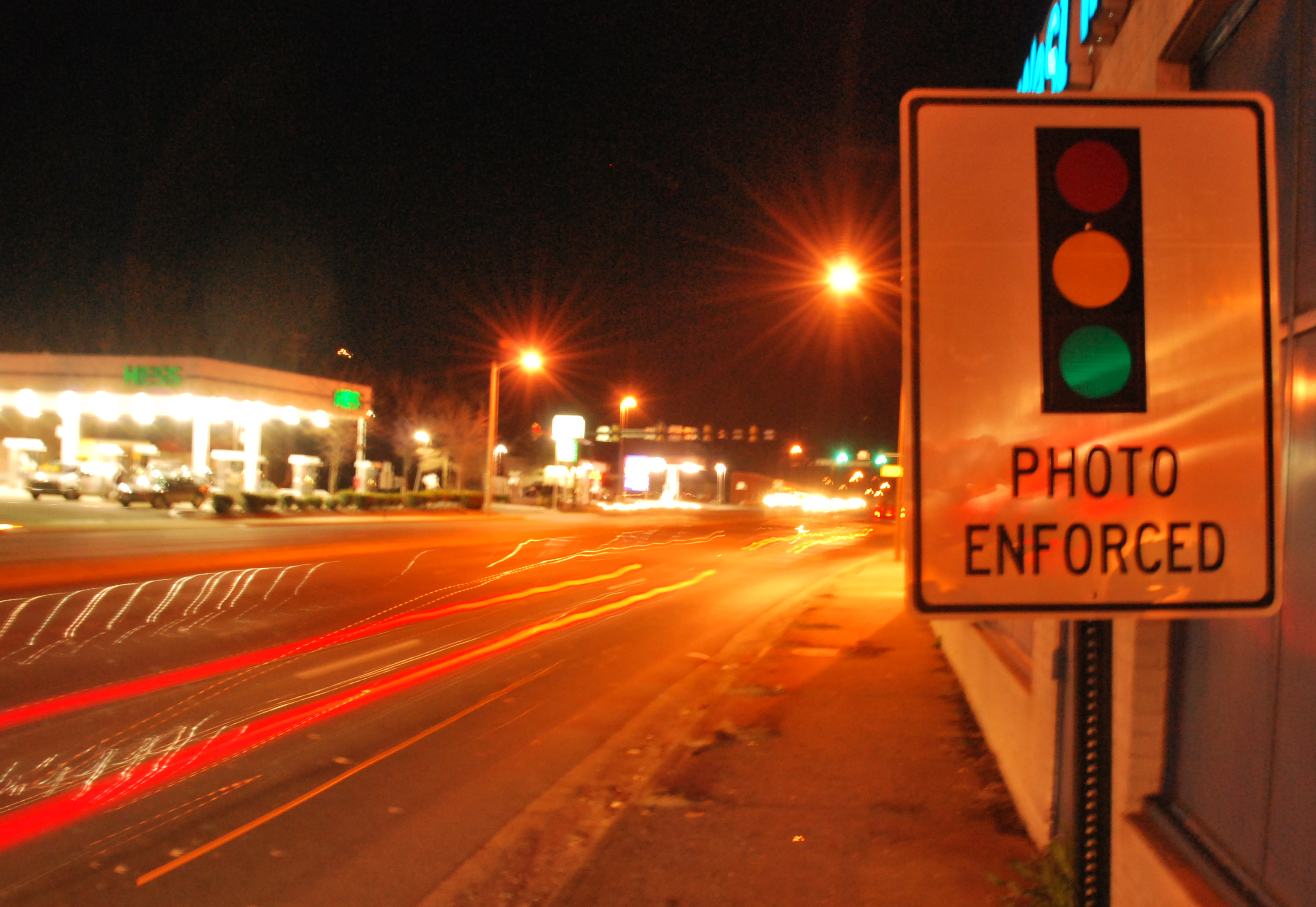 Motorists fearful for the security of their DMV records can breathe easier now that amendments have been made to the state’s red light ticketing law.

The changes prohibit third-party camera operators from accessing drivers’ personal information when sending out notices to violators caught on film.

The bill, signed into law by Gov. Bob McDonnell (R) last week, fulfills one part of the city’s wish list for the 2010 state legislative session. It allows the city to hire a contractor to operate its camera-based ticketing program without utilizing the time and money of its police workforce.

“We wanted to avoid having a paid officer, who should be on the street enforcing traffic laws and criminals and the like, not accessing the DMV database to match the license plate the camera catches with the owner of the car,” said Bernie Caton, the city’s legislative director.

The new legislation allows the vendor to contract with the local government to use the DMV database, but only to get the name and address of the owner.

Cars caught running a red light under a camera anywhere around the state face a $50 fine, but no points are assessed to the driver’s license. Alexandria Police spokesperson Jody Donaldson said the infraction is more like a parking ticket than a standard speeding ticket.

The red light camera regulations stipulate that a half-second grace period exists before the system can issue citations for infractions.

Caton said the newly adopted legislation “really puts pressure on [camera contractors] to make sure they don’t do anything improper with the information.”

A $1,000 fine stands for any breaches in security, according to the law.

Alexandria installed three cameras last summer to renew the red light ticket program that began in the ’90s. The cameras are located where South Patrick Street intersects both Gibbon and Franklin streets and also at the junction of Duke and South Walker streets.

“It’s not a way to raise revenue,” Caton said, explaining that the city’s initial foray into red light cameras paid for itself at first but showed markedly diminishing returns after about a year. “In fact, in the long run, we lost money because driving habits changed.

“We’re not looking at this as a revenue enhancement for the city, but rather a way to improve public safety.”

City budget documents from 2008 state the three-camera program’s expenses with a cost-neutral contractor, showing it would require revenues of roughly $700,000 to turn a profit.

A Washington Timeseditorial earlier this month insinuated that city officials shortened the yellow light time at the intersection of Gibbon and South Patrick streets to accrue more ticket revenue from the camera system, but Rich Baier, the city’s director of Transportation and Environmental Services, said that was not the case.

Baier said the city calculates the yellow lights at all of its intersections using a national standard formula based on the width of the intersection, the speed of the traffic and other factors.

“It’s a standard formula that my staff uses that is passed on to [Virginia Department of Transportation] and they review it and approve it as well,” Baier explained.

The city’s cameras are now inactive because the contract from last year has expired, Donaldson said. It can resume as soon as the city opens bidding and approves a new vendor.