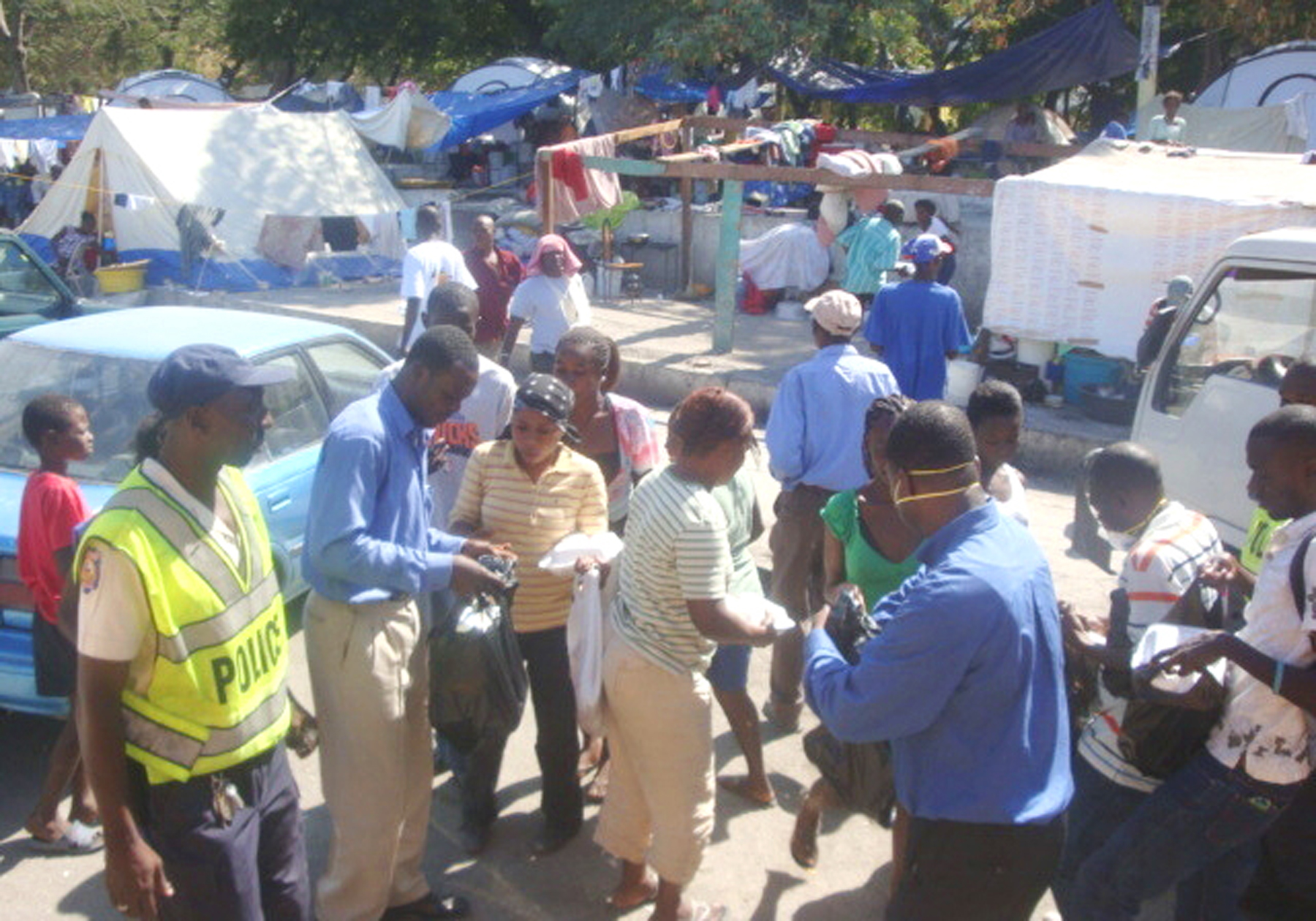 Like families everywhere, the January 12 earthquake in Haiti prompted some very grave and sobering conversations among Patty Harrington’s relatives. Knowing the plight of individuals caught amidst the devastation that ensued only added to their longing to do something tangible and meaningful.

Now, with life in the Caribbean nation inching toward stability, their idea a pen pal program between students in Haiti and Northern Virginia is poised to make an impact.

“[The students] would really, really appreciate that,” said Eddy Bazin, director of College Adelphos in Delmas, Haiti, just outside Port-au-Prince.

“In situations like these people need others that can give them comfort … they need a lot of comfort,” he said Tuesday via cell phone from Haiti.

Harrington, an Alexandrian, said she knew of Bazin, his school and its sister orphanage in Fermate, about 30 minutes outside the nation’s capital, through mutual friends.

She and her sister-in-law Fiona Chambers, a grade school teacher in Great Falls, knew they wanted to do something for Bazin’s roughly 1,100 students and the other children in the orphanage.

Chambers suggested a pen pal correspondence program and went about putting that together at her school. Harrington has taken the idea to several outlets in the region and hopes to include the letters with a “buckets of hope” care package drive. The buckets are 5-gallon tubs packed with food items including rice, cooking oil, beans and flour.

“I’m pretty good at coming up with ideas” and ways to raise money, Harrington said. “And maybe the Girl Scout troop or class could send along buckets of hope once they’ve started pen palling these kids.”

Currently, the Adelphos school, like the entire country, remains in a state of disarray, Bazin said. One campus building has collapsed and others have “lots of cracks,” resulting in more than $60,000 in needed repairs. What remains has evolved into a community resource for shelter and food distribution, he said.

All things considered, Haitian leaders are hopeful to resume classes as soon as they can.

“The government has been thinking about sometime in April, maybe the first Monday in April,” Bazin said.

According to Bazin, many students had returned to their homes in the countryside and he was unsure if they would return when school begins next month. He said he believed some students perished in the disaster, but doesn’t know the exact total.

Another Haitian school, though, has already benefited greatly from the charitable nature of Alexandria’s Bishop Ireton High School.

Louverture Cleary, Ireton’s sister school, had already gotten a boost from the nearly $100,000 donated by the Alexandria community in recent years. According to Ireton Campus Minister Mary Kelly, the school’s efforts since the quake have raised more than $25,000.

“We have a real good relationship with them,” Kelly said. “We’ve had kids write the students but also have kids that go down there and form a relationship with [Haitian students] too … their lives are changed. It’s very powerful.”

Even if school resumes soon, thoughtful letters would only go so far for those on the ground, forced out their homes and living hand-to-mouth with the assistance of relief workers and aid making the letter-and-care-package combination a more substantial gift.

“We still haven’t put all the pieces together,” Bazin said. “The situation is still pretty hectic for a lot of people. They have lost their housing and everything they have.”

As something resembling a more normal life takes hold in the coming months, Harrington feels correspondence between Alexandria and Adelphos students could provide encouragement.

“We were trying to look at the going-forward thing, with pen pals. What are we supposed to do after this? Where is Haiti going to go from here?” Harrington said. “Why not get them involved with kids here?”