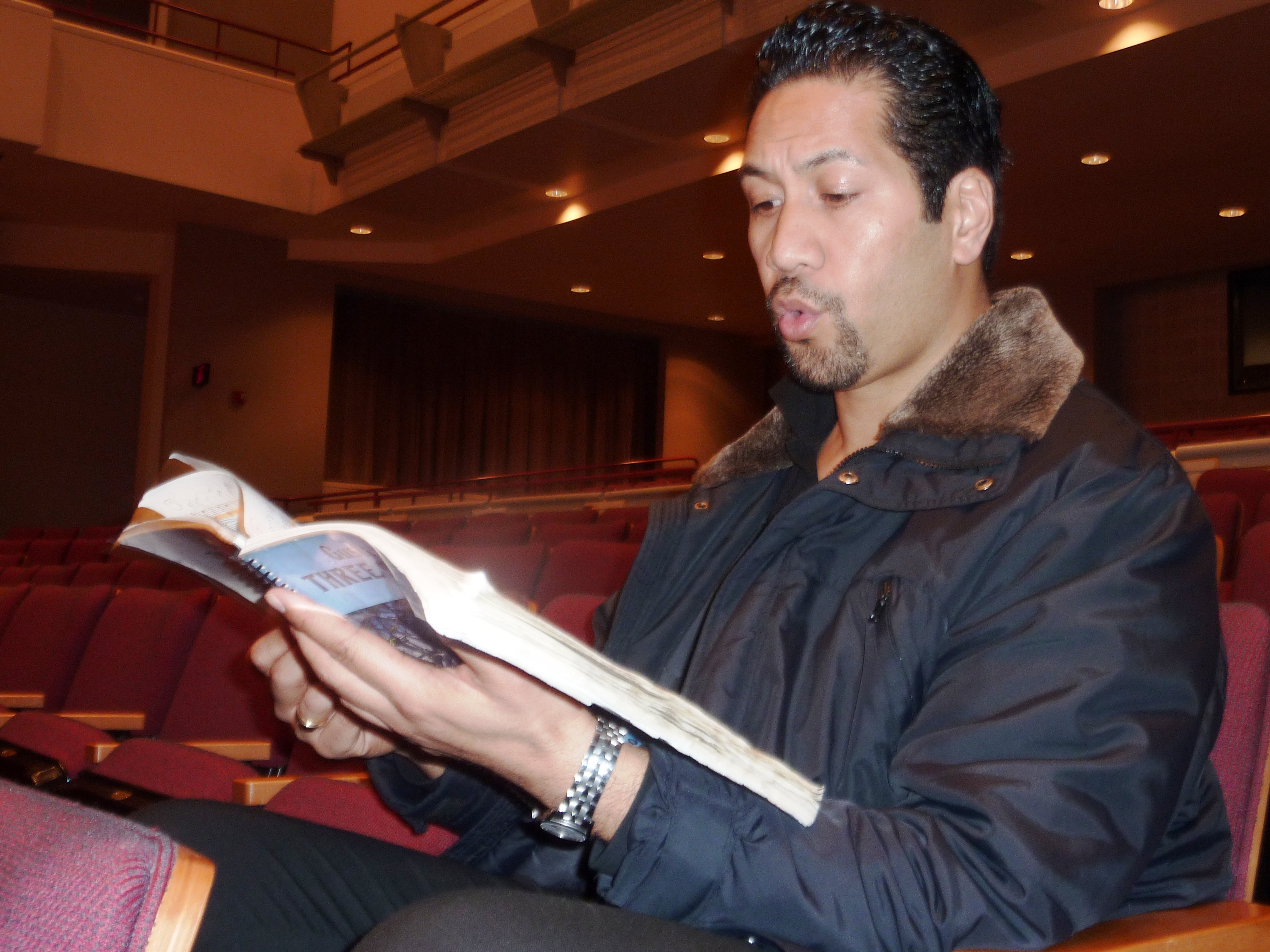 At 33, Tau Pupua already has an NFL career in his rearview mirror and a promising opera career on the horizon.

What began as a football scholarship to Weber State University where he pursued a music degree graduated to a scholarship from Julliard, where the young tenor enrolled in a two-year program only to be asked back for a third year because of his potential as a world-class singer.

After performing with the Alexandria Symphony Orchestra in 2009, Pupua is back in the region to exercise his vocal chords alongside Elizabeth Bishop this weekend at ASOs headlining performance of Gustav Mahlers Das Lied von der Erde (The Song of the Earth). The piece is part of ASOs two-show presentation from its Inspired by Nature series taking place Saturday night and Sunday afternoon at Rachel M. Schlesinger Concert Hall and Arts Center.

However, Pupuas Kennedy Center debut in Terrence McNallys Tony-winning Master Class, running from March 25 to April 18, likely has something to do with his visit as well.

In anticipation of his weekend performance, the Tonga-born tenor talked with the Times about his life from trading his Baltimore Ravens uniform and football terminology for a tuxedo and Italian, to his mothers recent death and performing in her memory.

Alexandria Times: You are in the midst of your second career, which is a whole other tune than your first. How is that transition going?

Tau Pupua: I think Im finding my way through this professional life. Im still learning, because Im still at school at Julliard. But after being at Julliard for a year, they approached me and said that they cant believe how much progress Ive made in one year and so they were wondering if I would take a third year.

What impressed the school so much?

When I first came into Julliard I didnt really read musical notes and I had never taken a language. But I worked really hard when I was at school and I guess they saw how hard I worked. When I returned my voice had grown, matured and my musicality had gotten much better. They thought, Wow, this guy who was so raw, he picked this up so quick. Its like the Made in USA stamp When a singer presents himself as coming from Julliard, thats the kind of thing they want to present to the world.

That must be a confidence builder for you, as someone who came from an athletic profession.

They hardly do it for anyone so I was really honored when they presented that option for me. But at the same time I was thinking, What are they talking about? I am ready. But you know what? Im always learning and so to take an extra year on a full scholarship theyre paying for everything I had to take it. Its a wise thing for me to do so I can learn and grow and venture out into the world.

What can the audience expect from this weekends concert?

Right now, Im going through a tough part in my life. My mom just passed away  I just buried her on Saturday. And so its really fresh and really, really hard. And I just heard from someone that Alexandria Symphony, because Mahlers piece is about death, they changed the shows title to [involve] spring for life. So I was really honored when I heard from a friend who told me what theyd done. I was going to cancel it and then I said, No, I will sing this concert for my mom.

Will you use the emotion from your mothers passing in your performance?

When I sing I always pull something in from experience in life to go with what Im singing. Unfortunately this Mahler piece has to do with death and that was one of the reasons I was going to cancel. But I decided, instead of seeing it as death, I am just going to think about it as something I am inspired by.

I understand you studied in Italy last summer?

Julliard sent me to Italy to study the language. While I was there I did some concerts to raise money for a school out in Africa.

Can you sing fluently yet?

Almost, yes. You know, I started to speak the language, because I was there for so long and my last two weeks I had to do a concert out in the hills in Tuscany where they dont speak English, so I had to use what I had learned in school to communicate with them. It got to the point where me and one of the guys from the village I would try to correct his English and he would correct my Italian.

So it was a learning experience for both of you.

It was a learning experiment for me because English is my second language. I speak Tongan.

Does that make three languages that you speak, or are their more?

I sing in more. I sing French and I sing German, which is what Ill sing in for the ASO performance. Its reading and memorization, but at the same time we have to know what were saying so we dont look like were just standing there singing something really happy but looking sad!

You seem enveloped with your new career. Is your football career behind you?

Yeah, its completely behind me, but I still speak in shall we say sports terms. Like when we have an intermission, sometimes I forget the words for it and Ill call it halftime.  All I can do is look back and smile at that chapter of my life and Im happy being a pioneer in this other world. Im just really honored to be told that I was the first Polynesian to be at Julliard for opera; Just to have that in my back pocket being a pioneer for my people is a wonderful feeling. And hopefully I can carry the torch and pass it on to someone. But please, let me make it first and then I can pass the torch!

The Alexandria Symphony Orchestras performance from its Inspired by Nature concert series takes place Saturday at 8 p.m. and Sunday at 3 p.m. at Rachel M. Schlesinger Concert Hall and Arts Center, 3001 N. Beauregard St. Visit www.alexsym.org for ticket and other information.