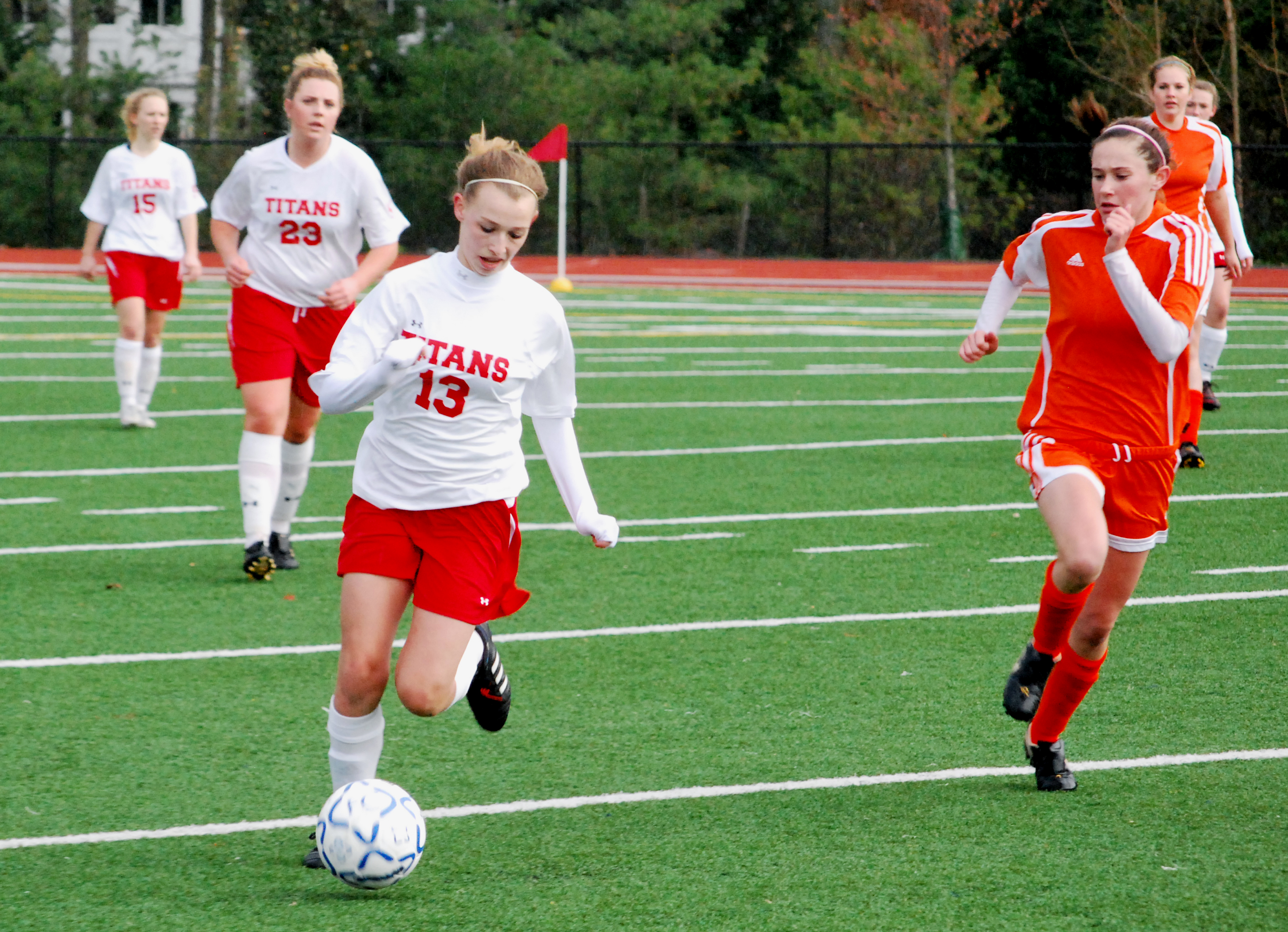 With the exception of Lizeth Alvarado’s 30th-minute equalizer for the Hawks, the team playing with the wind was the side in command. And despite striking first with the wind at their backs nine minutes earlier, it was only a matter of time before the Titans were fighting the guests and the gusts.

It was a fight that included two crucial defensive mistakes for T.C., proving too much for the Titans as Hayfield left town with the 3-1 win.

“I felt like we were doing pretty well and we had the wind on our side in the first half, but once they got the wind it’s hard to go [ahead] from 1-1 the wind just messes with everything,” said T.C. freshman forward Megan Boyle.

T.C. (1-1) opened the scoring in the 22nd minute when midfielder Keely Porterfield, wind at her back, looped a free kick from more than 30 yards past Hayfield goalkeeper Paige Gilliland for the short-lived 1-0 lead and Porterfield’s second goal of the year.

Less than 10 minutes later, the Hawks (1-3) leveled the score when Katie Zatt laid the ball off for a cutting Alvarado in the middle of the penalty box. On her second touch, Alvarado beat the outstretched arms of T.C. goalie Lauren Bergman to the bottom right corner, making it 1-1 and zapping the momentum from the hosts.

T.C. nearly went ahead again five minutes from halftime but Boyle’s rebound attempt from 12 yards caromed off of the right post.

That all-important go-ahead goal was claimed by Hayfield five minutes after the break when Zatt pounced on a missed clearance and beat Bergman again to her right side.

The hosts, searching for an equalizer of their own, struggled to regain control against the wind until about 20 minutes had passed in the second half. Even with several good balls coming from Porterfield deep in the midfield the Titans could not link their play into a sustained attack.

“Our ball possession in the first half was so-so and in the beginning of the second half it wasn’t good at all,” said. T.C. coach William Heresniak.

Alvarado was once again in the right place at the right time for the Hawks to tack on the final goal with seven minutes left. This time, Natalie Fry cleaned up a bobbled T.C. clearance and centered to the junior who finished coolly to the left side of the goal.

“Mistakes in the middle hurt us [and end] with goals going in,” Heresniak said. “They were preventable.”

The Titans head to Marshall today in a non-league matchup. They begin Patriot District play Tuesday.

Kassidy McDonald - August 18, 2022
Putting pressure on something that’s already bursting at the seams usually doesn’t end well. That could mean squeezing into an already tight shirt after visiting...