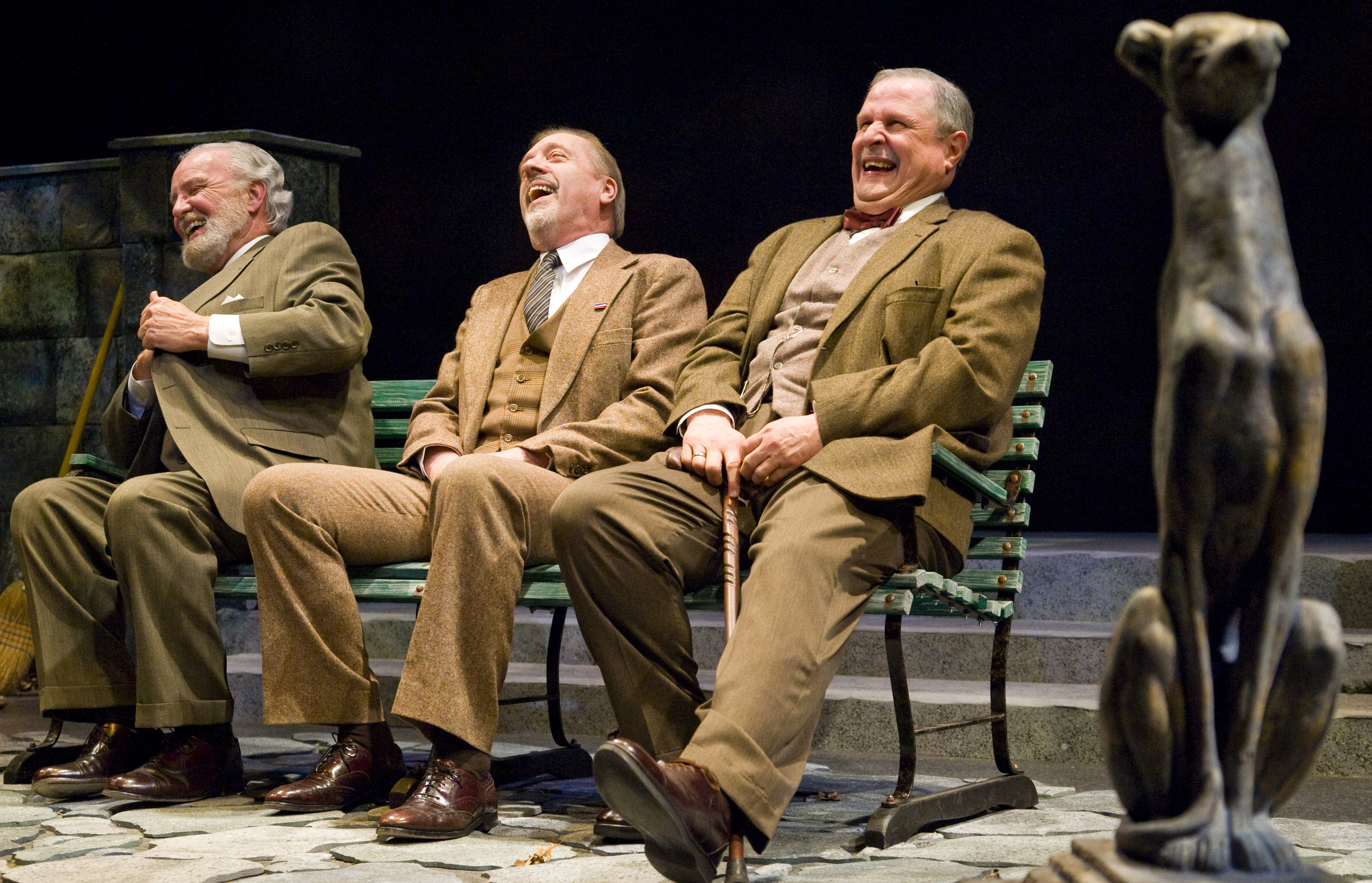 Alexandria’s MetroStage may have come in third in the final tally at the 2010 Helen Hayes Awards, but that’s just fine with Artistic Director Carolyn Griffin.

“This will probably never happen again,” said Griffin, still on a high from the ceremony that took place April 5 at the Warner Theatre. “Only two theatres garnered more awards than MetroStage the Kennedy Center and the Shakespeare Theatre and they had actors like Cate Blanchett and Stacy Keach. That was the level of our competition.”

Celebrating professional theatre in the Washington area since 1984, the Helen Hayes Awards are the regional equivalent to New York’s Tony Awards.

MetroStage took home the prestigious Canadian Embassy Award for Outstanding Ensemble in a resident play for its poignant production of the Tom Stoppard adaption of Heroes, which starred John Dow, Michael Tolaydo and Ralph Cosham.

“This gives me a renewed faith in awards ceremonies,” Griffin said. “With a cast of three, we were recognized in the ensemble category competing with shows with casts of thousands.”

Tied with MetroStage was Synetic Theatre’s wordless version of A Midsummer Night’s Dream.

Because MetroStage reprised several shows during the 2009 season, only two productions were eligible for award consideration Cool Papa’s Party and Heroes.

“Other theatres like the Kennedy Center produce eight to 10 shows a year on three or four different stages,” Griffin said. “We do four a year and only two were eligible so I am especially excited with our awards.”

“Both the Kennedy Center and Shakespeare have probably 50 to 100 times the budget that we do so I am especially proud of the quality of theatre that we are able to produce,” Griffin said.

Broadway and theatre icon Maurice Hines won the Outstanding Choreography award for his work on the MetroStage production of Cool Papa’s Party, a show loosely based on the life of Sammy Davis Jr.

While Blanchett was named Outstanding Lead Actress for her role in the Kennedy Center production of A Streetcar Named Desire and Keach won for his role in the Shakespeare Theatre production of King Lear, Griffin was more than satisfied with how MetroStage fared at this year’s awards.

“I have always been proud of the quality of theatre that we provide to the community,” Griffin said. “But to receive the most awards behind the Kennedy Center and Shakespeare Theatre is especially exciting and will probably never happen again.”

For a complete list of recipients and nominees, visit www.helenhayes.org.