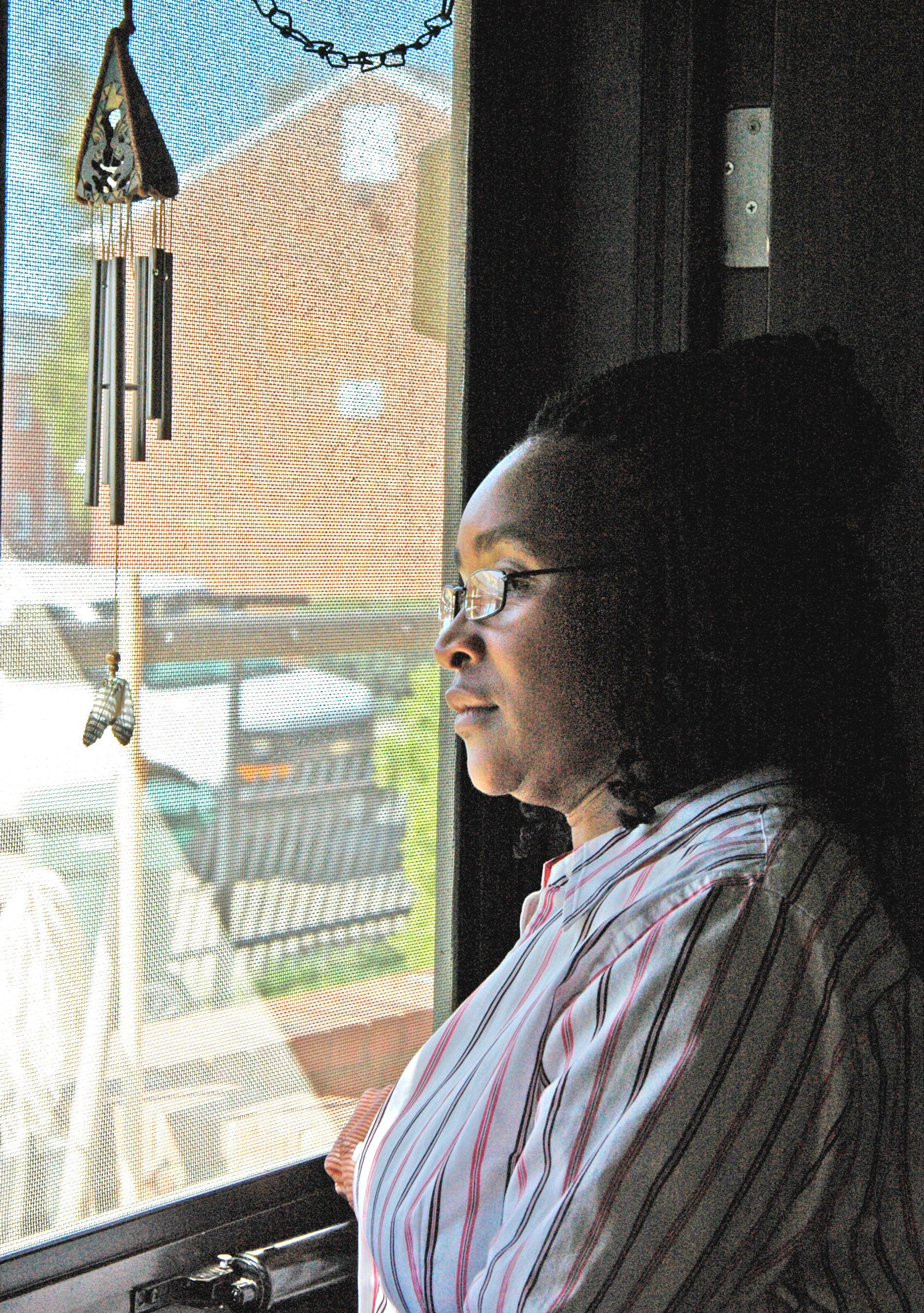 Speaking in front of her neighbors at the Providence St. John’s Baptist Church that stands humbly in the James Bland neighborhood, public housing resident Barbara Crowder identified herself with a government-issued label “I’m phase three” before giving her name.

The last several months have given Crowder and her neighbors reason to identify themselves with similar labels indicating the order in which they’ll be moved out of their homes to make way for a mixed-income residential area and retail hub.

Phase one of the mass departure is over, evidenced by the recently bulldozed rubble a block from St. John’s, and residents say it was anything but smooth.

Despite an organized plan by the Alexandria Redevelopment and Housing Authority to scatter public housing residents throughout the city, residents say they experienced a succession of impersonal and unfair treatment before they were forced out.

“All we’re asking for our demands are very simple is communication,” said phase one resident Hattie Thompson. “But it’s falling on deaf ears.”

Despite advanced notices, Thompson said it wasn’t until less than a week before her move-out date that she knew where her next home would be. Others say they had 72 hours to move out, under threat of eviction, without knowing where they’d be moving. Some accrued moving fees in the process for which ARHA was responsible, according to its phase one relocation policy.

Like the other Bland residents, Thompson was given the choice to move into another ARHA-owned property or receive a moving voucher. Had she been sent to “scattered public housing” throughout the city, she risked losing her job at a drug store, where she walks every day at 4:30 a.m per lack of public transportation.

“It wouldn’t make sense to move a public housing resident to a place where they would lose their job. It’s just counterintuitive,” said Jennifer Knox of Virginians Organized for Interfaith Community Engagement, which is helping to assemble residents to advocate for fair treatment as the implementation process goes forward.

Thompson moved to the Andrew Adkins neighborhood, which she made clear is not her true home, but it allows her to walk to work and keep her job.

One resident with Alzheimer’s, Martha Holmes, whose doctor said she needed familiar surroundings to stay healthy, was forced to move despite her daughter’s efforts to keep her in the neighborhood in a smaller unit.

Most residents see the redevelopment project as an upgrade to their neighborhood and have expressed excitement with the plan. All have been told they can move into new units once completed after reapplying but they say the city is not balancing its project with respect for individuals’ unique circumstances.

“We know there are capacity challenges,” Knox said. “But the reality is, when you make a promise … you can’t disrespect the residents. You’ve got to balance the financial challenges with respect for the residents.”

The numbers don’t match up, either: There will be 60 less public housing units in the revitalized neighborhood than there are now.

Crowder said she lacks faith in the implementation process after seeing what happened in the first phase and is bracing for the worst, having told her daughter not to look forward to a new home in the neighborhood down the road.

“I’ve been there from the beginning, and since they were treated like that, I have already started to make my own backup plans,” she said.

Emerging from Bland residents’ distaste is a newfound community support system and a power-in-numbers campaign that residents and neighbors hope will get their voices heard loud and clear.

Neighbors are becoming more connected to each other and their neighborhood, too.

Karen Korol, a homeowner in the neighborhood, said she looks forward to a revitalized city center, but it needs to be reconciled with the welfare of her neighbors and friends.

“Yes, we want to see [redevelopment] in the neighborhood,” Korol said. “I’m part of this neighborhood and I want to see improvement in the lives of my neighbors. But I don’t want to see them scattered or unable to come back to their home.”

In the short-term, VOICE members, community leaders, Bland residents and neighbors will show their faces at a public work session between the City Council and ARHA Thursday night at City Hall.

They have a list of demands for future phases, including more options for families with unique needs and a definitive address of their new home at least 30 days before they’re expected to move.

They will also ask for reimbursements for phase one residents, home inspections for maintenance and other concerns, a copy of the Housing and Urban Development budget for the James Bland project and the relocation of Holmes to her neighborhood.

“If these bad sort of things are happening in the course of the redevelopment, what’s the end going to look like?” Crowder said. “But things can be corrected and that’s why we’re here.”